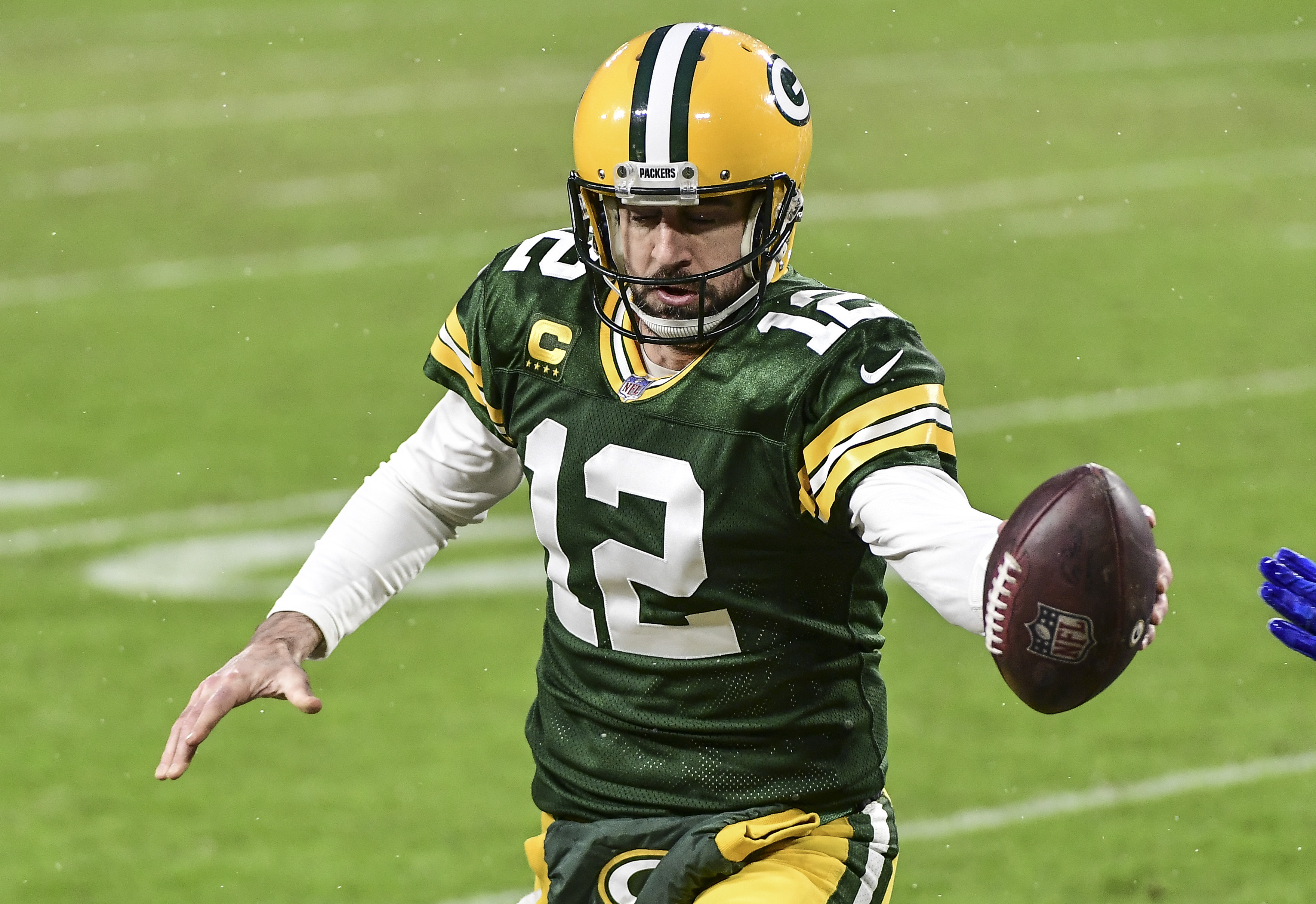 The biggest story around the NFL this offseason has been the potential separation between the Green Bay Packers and reigning league MVP, Aaron Rodgers. The bombshell story dropped a few hours before the start of the first round of the draft.

Initially, it seemed the relationship between Rodgers and the Packers was impossible to repair and that Rodgers would be playing elsewhere this season. But recently, there has been talk that the team and their franchise quarterback could find a way to restore their relationship and have Rodgers back under center in Green Bay this season.

Here are five reasons why Rodgers will be the Packers starting quarterback in 2021:

It is hardly a secret that the Packers are aware that Jordan Love is not ready to start this season. When the Packers drafted Love, they knew he wouldn’t be ready to start for a few years but that he had the potential to develop into a quality NFL quarterback.

In a press conference last month, Packers GM Brian Gutekunst admitted that it was unlikely Love was ready to take over as the team’s starting quarterback in 2021 especially after he had no preseason games last year, no OTAs and saw no action during the regular season. That means that Love is even further behind schedule than the Packers expected him to be because of the effects of the Covid-19 pandemic.

If the Packers trade Rodgers, the team would have to acquire another quarterback to be the placeholder for a year or two until Love was ready to take over as the starter. This complicates potential trades as the Pack would insist on the inclusion of a quality starting quarterback in any deal. The new quarterback would come in knowing he was only going to start for a short time before Love is ready to take over.

The Packers will take a huge cap hit if they trade Rodgers before June 1st. The total amount of dead cap space would be roughly $38.35 million which is nearly impossible for a team as close to the cap ceiling as the Packers are now to absorb.

Even after June 1st, there would be a lot of dead money on the cap but it would be spread over the 2021 and 2022 seasons. The Packers would have a hit of $21.15 million this season and another $17.20 million in 2022, although most experts believe the cap will go up significantly in 2022 because of new media deals signed by the league and the end of the pandemic.

Still, the Packers would take a big hit by dealing Rodgers this season and that’s something this team would like to avoid for obvious reasons. They also wouldn’t have Rodgers at quarterback anymore which would certainly reduce the team’s chances of contending this season.

Gutekunst spent the offseason trying to keep his team together. Within the last year, the Packers re-signed Kenny Clark, David Bakhtiari and Aaron Jones, all Pro Bowl players who were scheduled to become unrestricted free agents.

They also brought back Kevin King, Marcedes Lewis, Chandon Sullivan, Tyler Lancaster and Preston Smith instead of letting them walk in free agency.

Clearly, Gutekunst believes that this team is all set to be a contender in 2021 and has a realistic chance at competing for another Super Bowl. But that is only true if the team has a quality quarterback under center.

Rodgers’ absence would greatly diminish the Packers chances of winning this season and unless the Packers get a good quarterback in a trade who can help them win now or Love is ready well before most people think he is, the chances of the Packers contending for a Super Bowl this year would go up in smoke.

Rodgers is a student of the game and knows the history of the NFL, the Packers franchise and his place in both. He had indicated in the past that he wanted to complete his career in the place it started and play until he was at least 40. That means staying with the Packers.

When he first came to Green Bay, Rodgers saw what happened to Brett Favre and the drama Favre created when he retired and unretired several times and then ended up being traded to the Jets before signing with the Vikings. Favre was vilified in Green Bay and it took years for the fans to warm back up to the Hall of Famer because they felt betrayed by him. Rodgers would prefer not to have the same thing happen to him.

It appears that the most desirable outcome for Rodgers is to get some more assurances from the Packers that the organization is committed to him as their starting quarterback for at least another two or three seasons. Whether that is possible or not remains to be seen.

Rodgers clearly wants to win another Super Bowl before his career his over. His best chance to do that is by staying in Green Bay. The Packers had the league’s best scoring offense in 2020 and feature Pro Bowl performers at left tackle, wide receiver, running back and left guard. He knows the playbook and his teammates well and has a good relationship with his head coach.

The Packers are built to win now with Rodgers at the helm. They are coming off back-to-back 13-3 seasons and consecutive appearances in the NFC Championship Game. The only starter who is not returning from last year’s team is center Corey Linsley, the other 21 starters on offense and defense are still on the roster.

If Rodgers is traded, he will almost certainly go to a team with a lower talent level than Green Bay. The teams most often mentioned as possibilities are the Broncos and Raiders, neither of which are considered serious Super Bowl contenders.

Rodgers’ new team will also assume a large burden under the cap by adding his salary and will be trading away quality players and high draft picks to get the reigning league MVP. Both these factors will make it more difficult for the new team to surround Rodgers with enough quality players to make a Super Bowl run in the short term, and Rodgers will already be 38 before the end of this season and only has so many years left to win another championship.

If Rodgers really wants to win another title, his best option is to remain in Green Bay.