Learning 'Painful Lessons'? No, The Oilers Embarrassed Themselves In Game 3 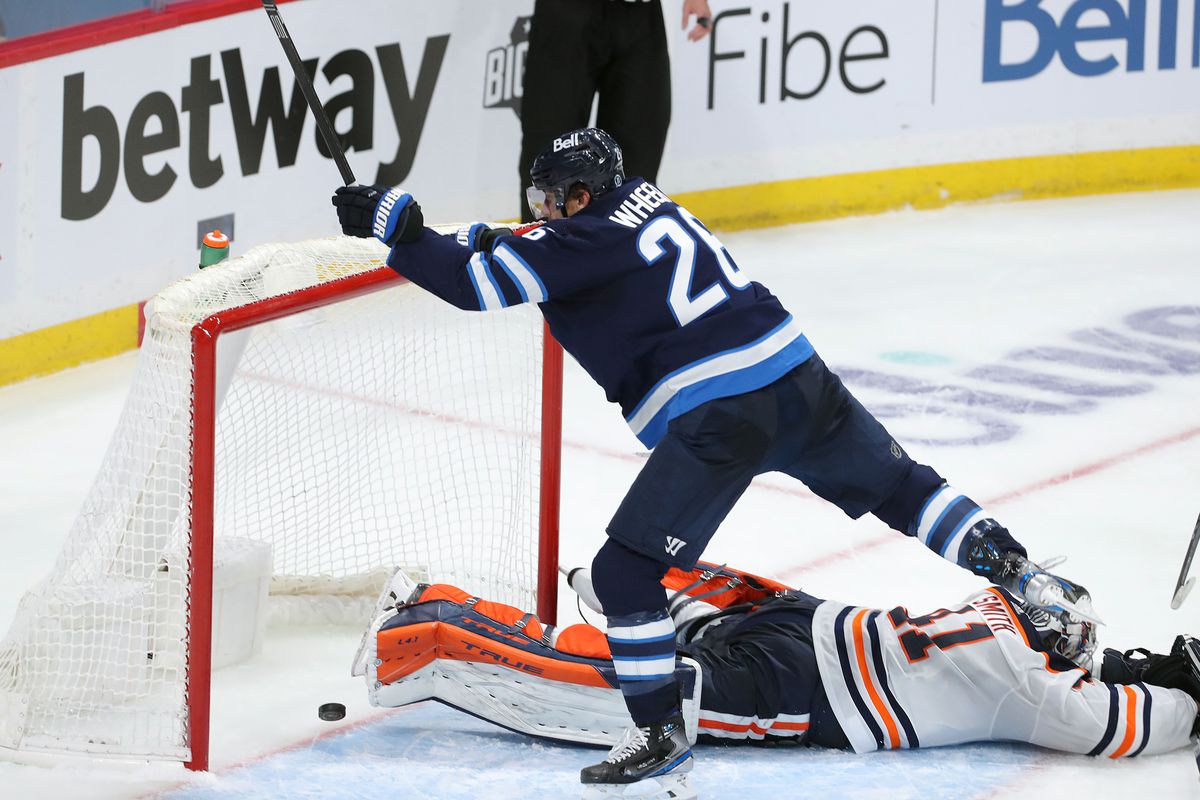 Learning 'Painful Lessons'? No, The Oilers Embarrassed Themselves In Game 3

The Edmonton Oilers showed up in a big way in Game 3 on Sunday night in Winnipeg against the Jets. The Oilers roared out to a quick two-goal lead, with a pair of Leon Draisaitl goals. They took that 2-0 lead into the intermission, then traded goals in the middle frame and led 3-1 after forty minutes. That lead ballooned to 4-1 with under ten minutes to play in the game.

A big road victory and back in the series? That’s exactly what looked to be in the forecast for the Oilers.

What came next, however, was devastating. It is being called a “painful lesson”, but it’s actually just the latest embarrassing moment for a franchise that seems to find them in bulk.

Josh Archibald kicked off the party with a selfish, dirty hit that resulted in a bad penalty. The Jets scored on the advantage to cut the deficit to two. Winnipeg tacked on another goal 2:47 later, then tied the game 16 more seconds after that.

The game may have gone to overtime, but it was all over the second the Jets tied the score at four. Nikolaj Ehlers cemented Edmonton’s fate, and season, with his second goal of the game at 9:13 of overtime. 5-4 Jets in the game. 3-0 Jets in the series.

“Winning is hard and there are painful lessons that you need to learn to win,” Head Coach Dave Tippett said after the brutal loss. “We were pretty good at [closing out games] all year, but tonight we learned some hard lessons on what not to do to win in the playoffs.”

‘Hard lessons’? Let’s not pretend this is the first time this has happened. The Oilers, and this core group, blew another three-goal lead late in 2017. In a 2-2 series, the Oilers led the Anaheim Ducks 3-0 late in Game 5 in Anaheim. The Ducks stormed back with three goals late, then won in the second overtime. The Ducks would go on to win the series in seven games.

This is a lesson this group has been taught before, but clearly it didn’t sink in. For yet another night, the Oilers made major mistakes while their opponent made key plays at key times.

“I’ll be worried if we don’t take the lessons that we should learn tonight and use them accordingly,” Tippett said when asked about if he’s worried about his team’s psyche heading into Game 4. “We did enough good things in this game tonight to win. We gave a game away and now we’ll see how we respond.”

See, here is the issue. The Oilers learned this lesson in 2017, as mentioned above. They responded with a win in Game 6, then were outplayed in a Game 7 loss. They also ‘learned’ a lot of ‘lessons’ last August against the Chicago Blackhawks.

Remember that embarrassment? You know, when the fifth-seeded Oilers were sent out of their own damn bubble after four games by a Blackhawks team with no business even being in the dance? Remember what happened there?

The Oilers weren’t ready to go at all in the bubble. They were undisciplined in the bubble, they made massive mistakes at key points in both Games 3 and 4 to prematurely end their season. Sound familiar? It’s exactly what has happened through three games with the Jets.

Perhaps Tippett should already be worried. Perhaps this group has proven they cannot ‘learn’ the ‘lessons’ needed to win games in the playoffs. Or, perhaps Tippett, now 1-6 as Oilers coach in playoff games, should learn some lessons of his own. Maybe use your timeout when the momentum has clearly swung to your opponent. Or, don’t marry your fourth line to Winnipeg’s most dangerous trio in overtime in a matchup you had lost all game long.

The bottom line is, Tippett is once again being vastly out-coached. The Oilers best players haven’t been able to save them, and their depth is once again proving to be what many of us have been calling it all season long; below NHL caliber.

On Sunday night, the Edmonton Oilers embarrassed themselves from the top down. From Tippett through to Devin Shore, everyone should feel the stain of this defeat. This series loss at the hands of the Jets is not even close to acceptable. It’s embarrassing, and quite frankly Sunday night was the pathetic cherry on top.

“It’s tough to take right now, but the good thing is we get right back at it tomorrow,” Ryan Nugent-Hopkins told reporters postgame. “We still have to fight, we’re still in this thing. We can’t roll over here. We need to have a huge pushback starting tomorrow.”

The Oilers had their pushback early on Sunday night. They then proceeded to soil their pants and throw it all out the window. On the eve of what is likely his last game as an Oiler, Nugent-Hopkins proclaimed his team couldn’t roll over.

Unfortunately for him, the team already has rolled completely over. Sunday’s collapse can’t be called anything other than that. Now, all that remains is the hopefully painless game that puts this group to sleep for the summer.