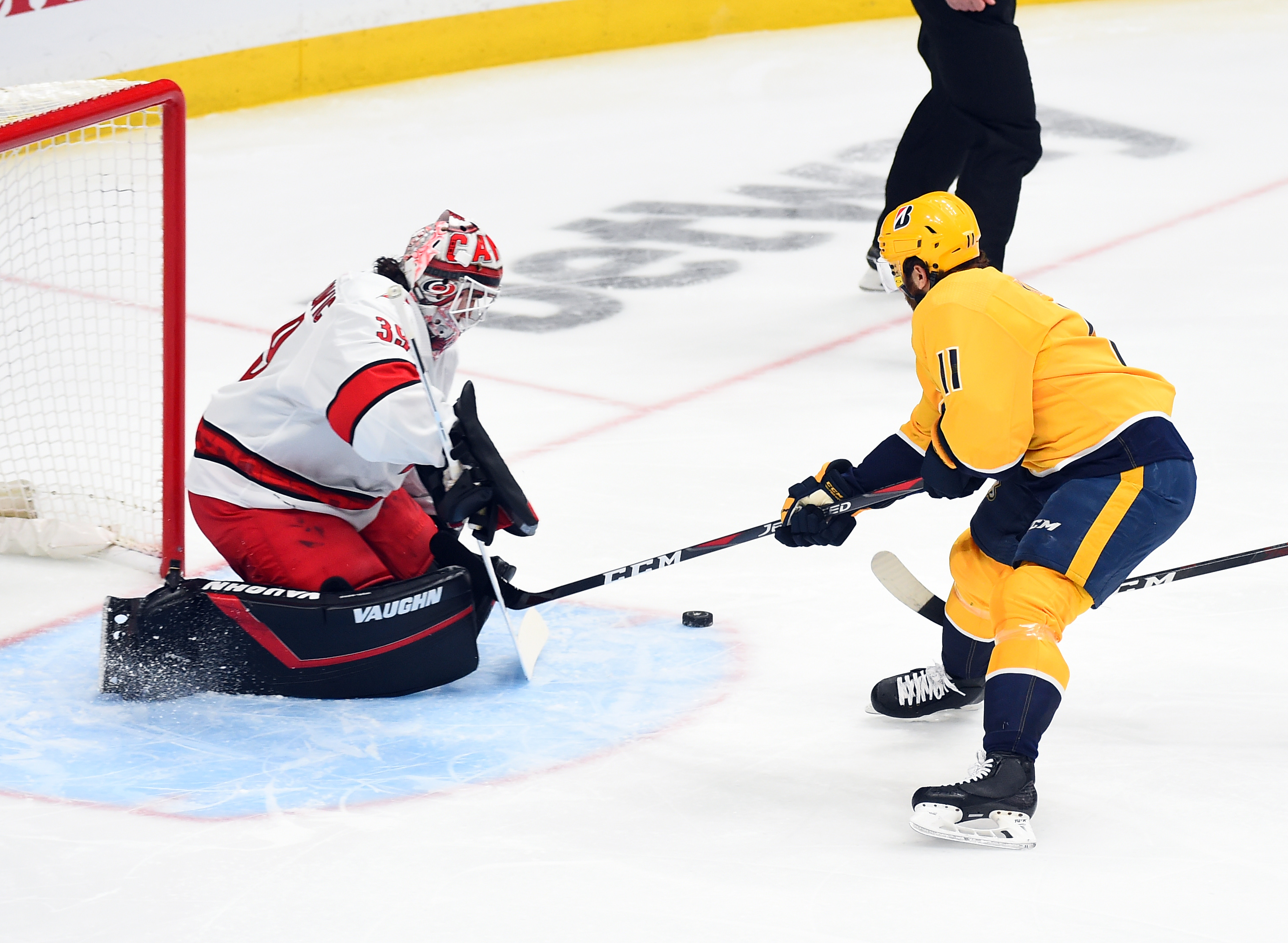 For Kunin, it was his second goal of the game, as he opened the scoring from Ryan Ellis of Hamilton, Ontario, and Granlund at the 57-second mark of the first period. Kunin was one of three Predators players to have a multi-point game. The others were Mattias Ekholm of Borlange, Sweden, and Granlund, who each had two assists. The other Predators to score a goal were Canadians Ryan Johansen of Vancouver, British Columbia, and Nick Cousins of Belleville, Ontario.

The Predators entered the playoffs with 64 points, and 16 fewer points than the Hurricanes, which led the Central Division with 80 points. So far they have helped shrunk the series from a best of seven series, to a best of three series. It was the second straight game in the series the Predators won in double overtime at home. On Friday, the Predators beat the Hurricanes 5-4 on an overtime winner by Matt Duchene of Haliburton, Ontario. The series now shifts to Carolina on Tuesday.