Minor League Mondays: Tylor Megill could be a factor for the Mets this season 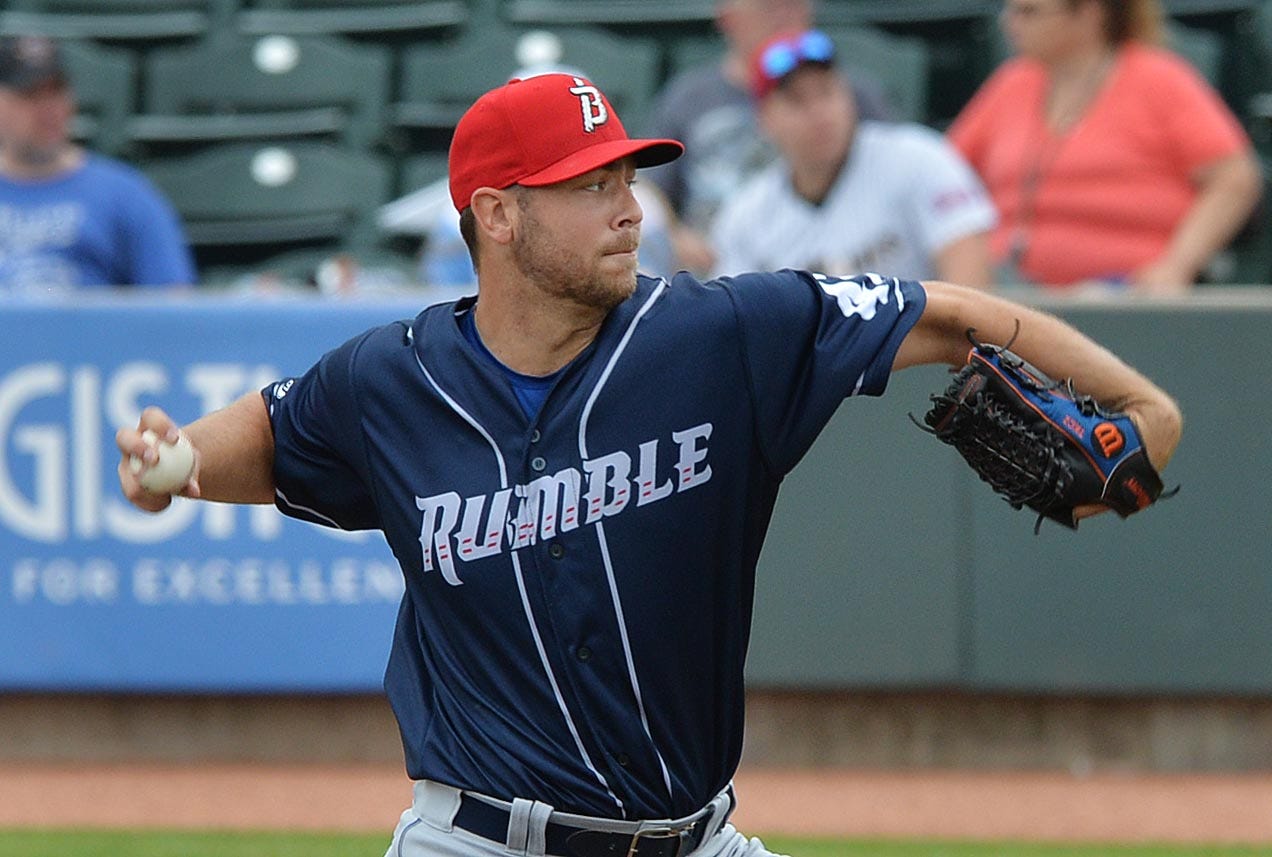 Minor League Mondays: Tylor Megill could be a factor for the Mets this season

The New York Mets’ recent rash of injuries has put the organization’s starting pitching depth to the test. Plenty of hurlers have gotten opportunities at the big league level, although not all of them have succeeded. The organization is perilously thin on upper-level depth in the starting rotation but some new arms have begun to emerge this season. One of those is Tylor Megill, the focus of this week’s edition of Minor League Mondays.

An eighth-round pick in 2018 out of Arizona, Megill split time between the rotation and bullpen in college but impressed the Mets due to his unique build. A 6-foot-7 righty, Megill pitched well across three levels in 2019, going 6-7 with a 3.52 ERA in 22 appearances, including 11 starts, and ended the season with AA Binghamton.

The pandemic wiped out Megill’s 2020 season so the Mets opted to send him back to Binghamton to start the 2021 campaign. Megill has been easily the best pitcher for the Rumble Ponies this season, going 2-0 with a 2.08 ERA and 0.92 WHIP over his first four starts, racking up 33 strikeouts over 21.2 innings pitched.

Opposing batters are hitting just .195 against Megill this season, a development that may have been foretold by some strong work he did at the team’s instructional league in the fall. Megill’s repertoire is anchored by a strong fastball and above-average slider, with the fastball ticking as high as 98 miles per hour last fall and sitting in the mid-90s.

The key to whether or not Megill can become a successful big league starter is if he can develop an effective third pitch. Megill currently utilizes a changeup that needs some refinement and that pitch will determine whether or not he can become a starter or peak as a reliever.

The Mets currently deploy a starter with a two-pitch repertoire in Joey Lucchesi, who can do well one or two times through the batting order but gets beaten up the more hitters see him. That is a concern the organization has to solve with Megill, who has two strong pitches that can play well in short spurts but he needs to develop that changeup in order to become an effective starter.

MLB.com currently has Megill ranked as the Mets’ 23rd best prospect, a rating that should improve if he builds off of his strong start for the Rumble Ponies. The Mets have a lot of starters coming back to the big league roster soon so they have the luxury of letting Megill develop for Binghamton.

The most logical progression for Megill would be a mid-season promotion to AAA Syracuse, where he would be able to face more advanced competition. Megill currently isn’t on the 40-man roster so the Mets would have to add him to it in order to use Megill at the big league level, something he could force with a strong performance at Syracuse if the team needs a boost in the bullpen. The most likely path forward for Megill, however, is to spend this year in the minors before competing for a roster spot in spring training in 2022.