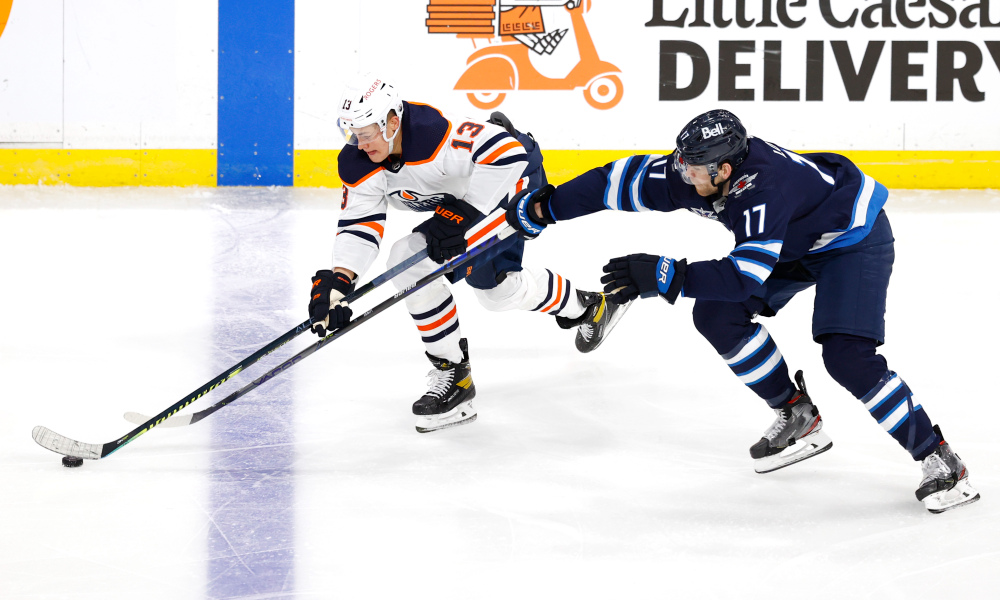 0-3. If you asked most people before this series began which team would be facing the fate of being swept, they’d probably say the Winnipeg Jets but that hasn’t been the case.

Tonight, the Edmonton Oilers are in a must-win situation after dropping a Game 3 in Winnipeg that saw their 4-1 lead and an apparent stranglehold on the game vanish within the game’s final eight minutes. A Nik Ehlers wrist shot in overtime to win last night’s game 5-4 put the Oilers in a place that this team hasn’t been in a playoff series since 1998-1999.

Plain and simple, the Oilers can’t sit back or play trap hockey. Yes, the Josh Archibald penalty hurt them but that can’t take all of the momentum away from you as a team. Winnipeg feasted on a team playing not to lose and now sit one win away from the second round.

Plain and simple, keep the top line of Edmonton quiet, so much of the offense in this series save for Game 3 has run through 97, 29, and 13 on the Oilers. If you can keep these guys to the outside, away from high danger chances, you’ve taken away so much of their bite.

He was the biggest cog in getting the Oilers going in Game 3, and I’ll expect more of the same from Leon Draisaitl. Draisaitl was able to get to the net and put up two points. If he and McDavid can get that first line going early, it can give this team a fighting chance to extend this series.

Connor Hellebuyck for much of this series has been cool and composed, He’s handled most of what the big guns on Edmonton have fired his way and made 44 saves in last night’s win. If he can have another performance that harkens back to what we saw in Game 1 and 2 of this series, then for the first time ever, a Winnipeg-based NHL team will beat Edmonton in a playoff series.

History is not on the side of the Oilers, but coming back from 0-3 is not impossible. Hard. Yes. RARE? Yes. Not impossible. The feat has been done before.

In the history of the NHL, four teams have come back from an 0-3 hole in a series, the last time the feat was accomplished was in 2014 in an all California series. The LA Kings in 2014 battled back after dropping the first three games of their first-round Western Conference series match-up vs the San Jose Sharks.