Four Reasons the Packers Won’t Be Trading for Julio Jones 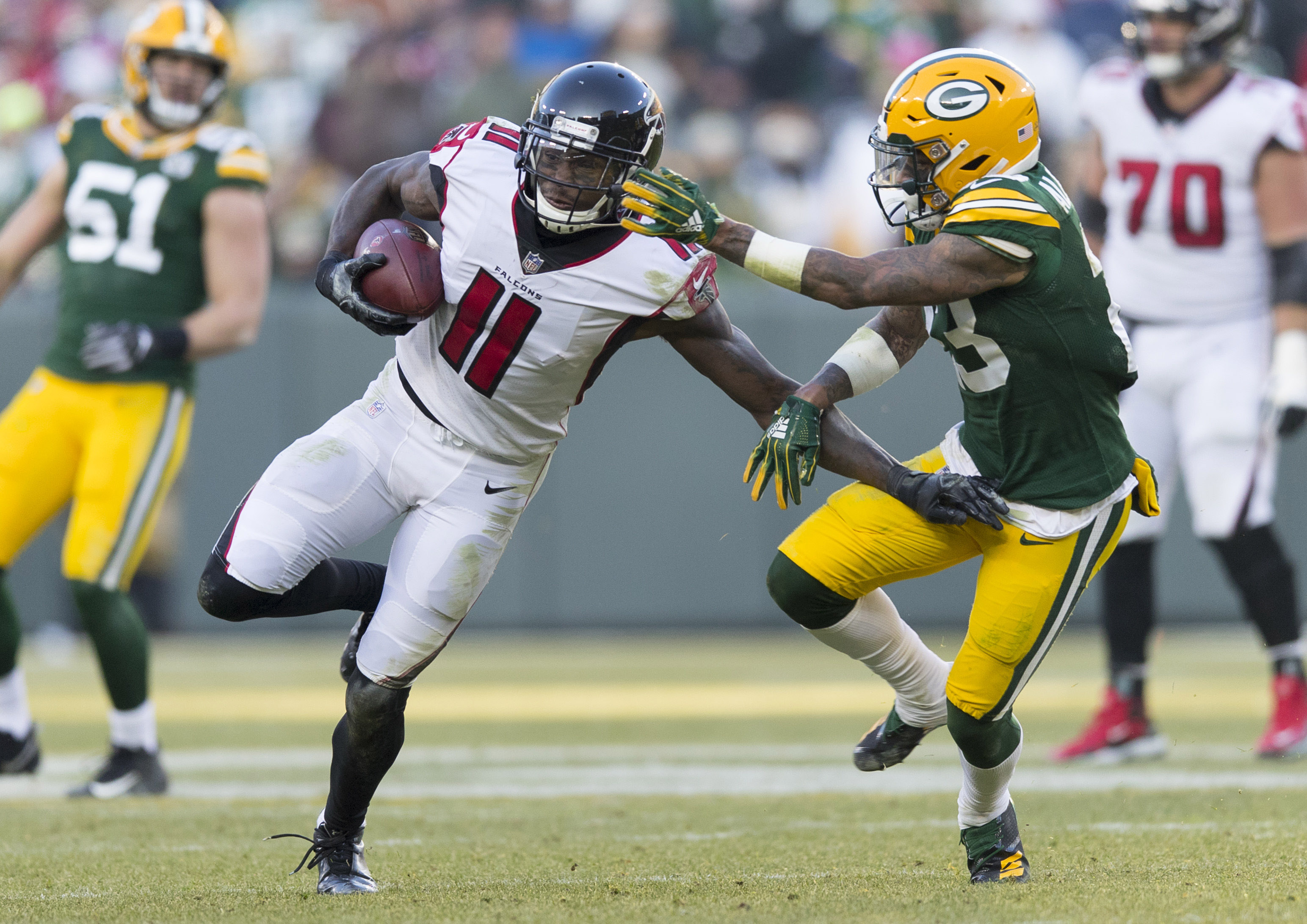 Four Reasons the Packers Won’t Be Trading for Julio Jones

Perennial Pro Bowl wide receiver Julio Jones has demanded a trade out of Atlanta, saying he no longer wants to be a Falcon. Because of their current salary cap woes, the Falcons are unable to even sign all their 2021 draft picks and so they are likely to try to accommodate Jones’ wishes and to trade their top receiver.

Some Packers fans have been excited about the potential a top two receiving duo of Davante Adams and Julio Jones which would be the best one-two punch the Pack had in quite some time and would easily make Green Bay’s receiving corps one of the best in the league.

While the matchup possibilities would be remarkable and the potential of the Packers offense would be unreal if Jones became a Packer in 2021, this is extremely unlikely. Here are four reasons why the Packers won’t be trading for Julio Jones this offseason:

The Packers are presently approximately $2.7 million under the cap. Jones’ cap number for 2021 is expected to be a little more than $23 million. If a trade takes place after June 1st, the Packers would be responsible for $15.3 million of that number.

Yes, the Packers could theoretically pull it off if they sign Adams to an extension and rework Aaron Rodgers’ deal, but there would be a big issue again in 2022. The Packers are already more than $33 million over the projected 2022 cap and if they extend Adams and Rodgers, their 2022 cap hit is only likely to go up.

If we assume the trade for Julio Jones means that Aaron Rodgers stays with in Green Bay, then the Packers would logically be among the top contenders in the NFC in 2021. That means any draft pick the Falcons would get from the Packers would likely be late in whatever round of the draft it is.

So, if the Packers trade a first round pick to the Falcons in the deal and they are picking 30th again, there are 29 teams who could match the Packers offer and give the Falcons a more valuable pick.

That means the Falcons will want the Packers to offer an even better package because the picks from Green Bay wouldn’t be worth as much as most other teams.

The Packers will not want to overpay for Jones and the Falcons will want to maximize their return in any trade. Both of those factors will make a Packers-Falcons deal more unlikely.

The Falcons were just 4-12 last year, but they still have a good quarterback in Matt Ryan and hope to be in the fight for one of the seven playoff spots in the NFC this year.

All things being equal, the Falcons would certainly prefer to trade Jones to an AFC team so he would not help another NFC team in the race for the playoffs.

By trading a star player like Jones to the Packers, the Falcons will make their own road to contending more difficult and that is something that they would rather not do.

The current Packers management has not made blockbuster trades for star players in recent years. It generally goes against the draft and develop philosophy the Packers have had under both Ted Thompson and Brian Gutekunst.

One key difference between Jones in 2021 and Favre in 1992 is age. Favre was 22 when the Packers made their trade to acquire him, Jones is now 32 and is clearly on the downside of his impressive career.

For these reasons, a trade between the Falcons and Packers for Julio Jones is very unlikely.