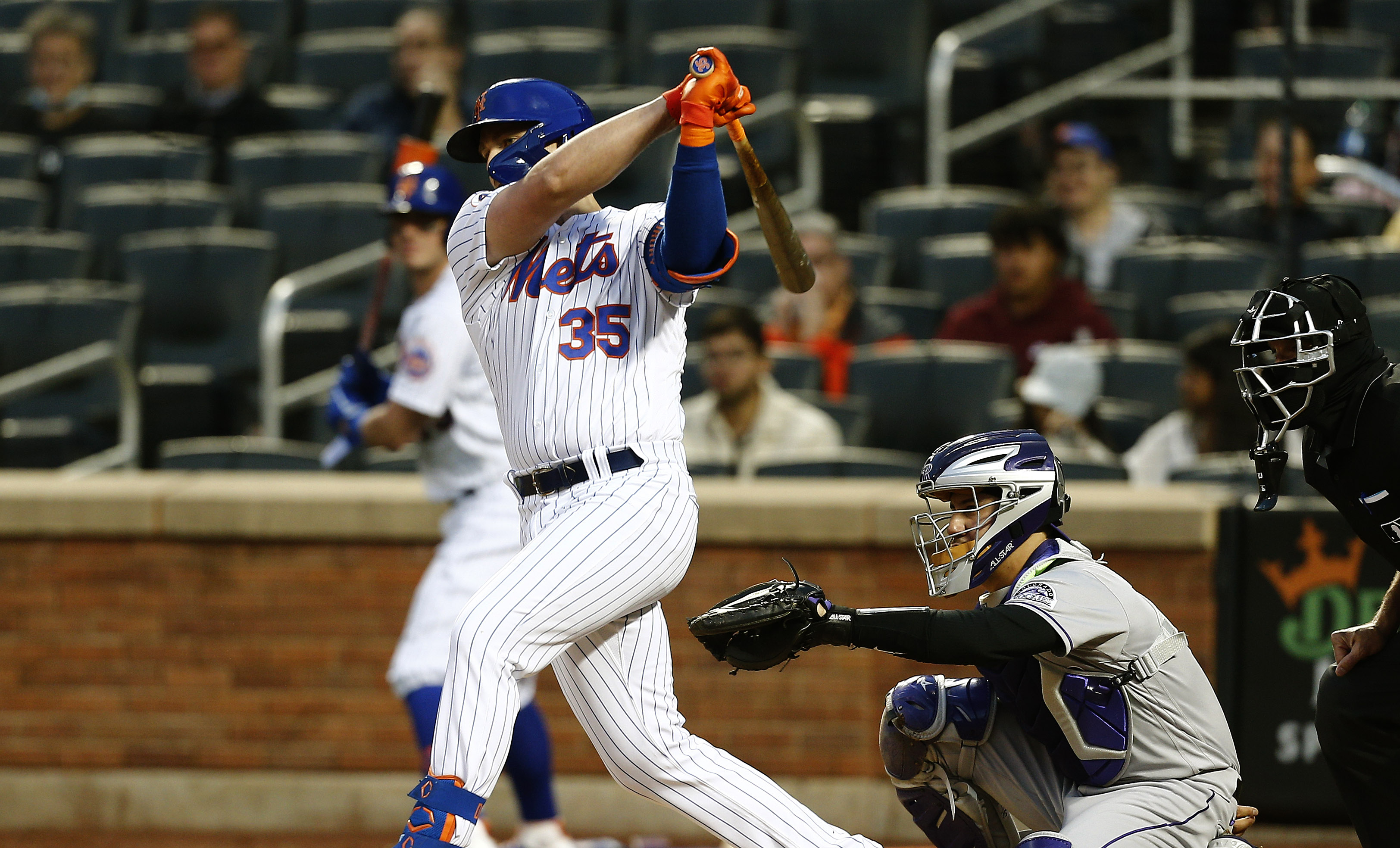 After last night’s game was postponed due to rain, the New York Mets (22-20) will wrap up their scheduled series with the Colorado Rockies (19-30) with a doubleheader. The games will be scheduled for seven innings each as part of the 2021 health and safety protocols. First pitch for the opener is scheduled for 12:10 p.m. at Citi Field with the second game scheduled for 3:10 p.m.

The opener will feature yesterday’s scheduled pitching matchup of right-handers Marcus Stroman (3-4, 2.75 ERA) and German Marquez (3-4, 4.82 ERA). Stroman pitched well against the Miami Marlins last Friday, giving up two runs in six innings of work, but was stuck with a no-decision when the Mets’ bullpen blew the lead after he left the game. The Mets ended up winning 6-5 in 12 innings. Marquez dominated the Arizona Diamondbacks last Friday, tossing seven shutout innings to pick up his second consecutive win.

The second game will feature lefty Joey Lucchesi (1-3, 7.32 ERA) squaring off with Rockies’ righty Antonio Senzatella (1-4, 5.01 ERA). Lucchesi had his best outing as a Met last Saturday, allowing one hit over four scoreless innings against the Miami Marlins, but was not a factor in the decision in a game the Mets ended up losing 3-1. Senzatella pitched well against the Arizona Diamondbacks last Saturday, giving up three runs (two earned) in five innings, but received a no-decision for his effort. The Rockies ended up winning that game 7-6.