Oilers Likely To Use Buyout In Summer 2021 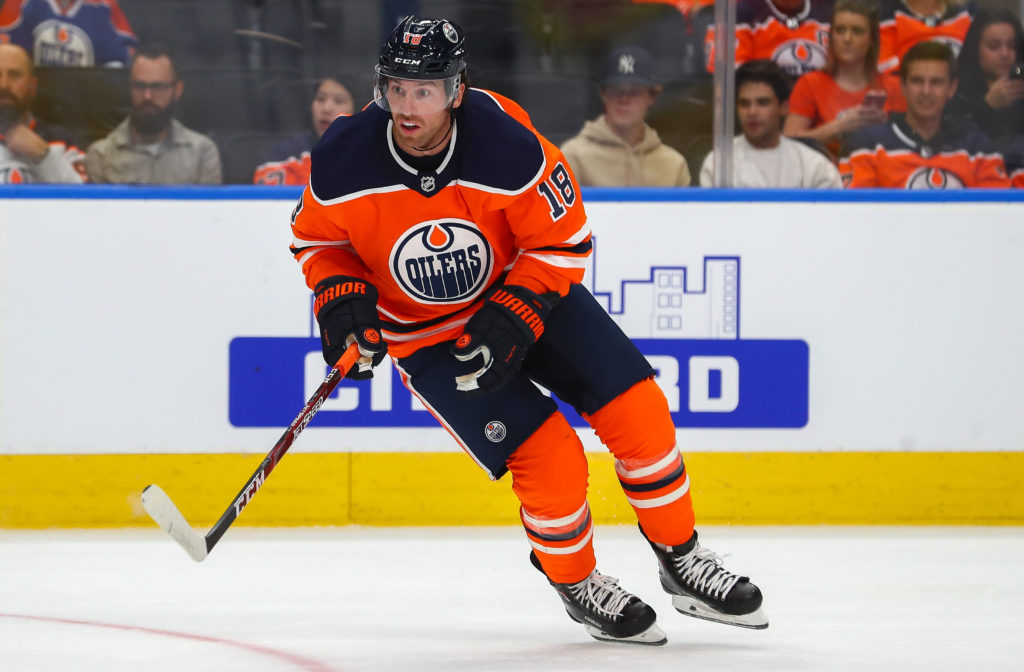 Oilers Likely To Use Buyout In Summer 2021

The Edmonton Oilers bought out defenseman Andrej Sekera in the summer of 2019, but elected against any buyouts in the 2020 off-season. That appears like it will be a one year trend, as General Manager Ken Holland admitted that another buyout is under consideration for the club.

“Very possible,” Holland said when asked about the possibility of buying out a player or two this summer at his end of season press conference Wednesday. “Not 100 percent sure but very possible.”

The Oilers have two candidates that standout, and two others that are unlikely but still possible candidates for a buyout.

The most obvious candidate is James Neal. Neal, who played in just 29 games this season and scored a meager ten points (5 g, 5 a) has proven in his two seasons with the Oilers that his days as a five-on-five contributor have passed. Neal was routinely a healthy scratch this season, and even spent an extended stint on the taxi squad.

To make matters worse, Neal was scratched in both Games 3 and 4 of Edmonton’s first round loss at the hands of the Winnipeg Jets. There does not appear to be a future in Northern Alberta for the veteran forward.

Neal currently has two seasons remaining on his contract with a cap hit of $5,750,000 per season. That means any buyout will require the Oilers to pay him for the next four seasons. The cap hit in each season is $1,916,667 per year, a savings of $3,833,333 for each of the next two seasons.

Neal is the least used player on this list and gives the Oilers the most savings.

The next option is goaltender Mikko Koskinen, who has almost certainly played his last game as an Oiler. Koskinen was strong in 2019-20, posting a .917 save percentage, but dipped to .899 this season and was woefully inconsistent in the shortened season. With Mike Smith almost certain to return, the Oilers will need to move on from Koskinen to add a younger option in net.

Sources confirm that is in fact the plan at this point, while Holland himself admitted Wednesday that he wants to re-sign Smith.

Now, for the two unlikely candidates. Forwards Zack Kassian and Kyle Turris were both underwhelming performers this past season who didn’t live up to the contracts given to them by Holland.

Kassian was in and out of the lineup with injury, and was largely ineffective when playing. He has three seasons remaining on a contract with an AAV of $3,200,000, meaning the Oilers would pay a penalty for six seasons.

So, Who Gets Bought Out?:

I think we can eliminate both Turris and Kassian pretty quickly. Turris counts just $525,000 against the cap if he is sent to the minors, and would not carry a dead money cap hit in 2022-23. If the Oilers elect to move on from the Turris experiment, assigning him to the AHL is the best option. If Turris doesn’t report, the team can terminate the contract and have no cap hit.

Kassian, meanwhile, was the first big contract signed by Holland as GM of the Oilers. While he had a bad 2020 Qualification Series and 2020-21 regular season, Kassian played well in Games 3 and 4 against the Jets. It may sound silly, but the Oilers are hoping Kassian will be more engaged in a more normal atmosphere in 2021-22. He’ll get at least one more season before a buyout is considered.

Koskinen is almost certainly done in Edmonton, but don’t be so sure that it is via buyout. The Oilers were in the free agent market for a goaltender last off-season, and will likely be involved again this year. Buffalo’s Linus Ullmark makes tons of sense for the club.

While a buyout is possible, Bob Stauffer of 630 CHED did say postgame after the Oilers Game 4 loss that the club could get “creative” with the goalie. Perhaps trading him at 50% retained or for a similarly priced player at another position?

I’d put the odds at 50% that Koskinen gets bought out. I do believe the Oilers will try to trade him first to avoid the extra year of cap charges.

That brings us to Neal, who this observer believes is certain to be bought out. Neal was a serviceable player, and actually helped Edmonton in certain areas in 2019-20. However, his legs just aren’t there anymore, and his five-on-five production just isn’t where it needs to be for a player making almost $6,000,000. His lack of speed in the playoffs was alarming.

I’d say there is an 85% chance that Neal gets bought out this off-season, opening up over $3,800,000 of cap space for Holland to use on a forward like Blake Coleman or Zach Hyman.