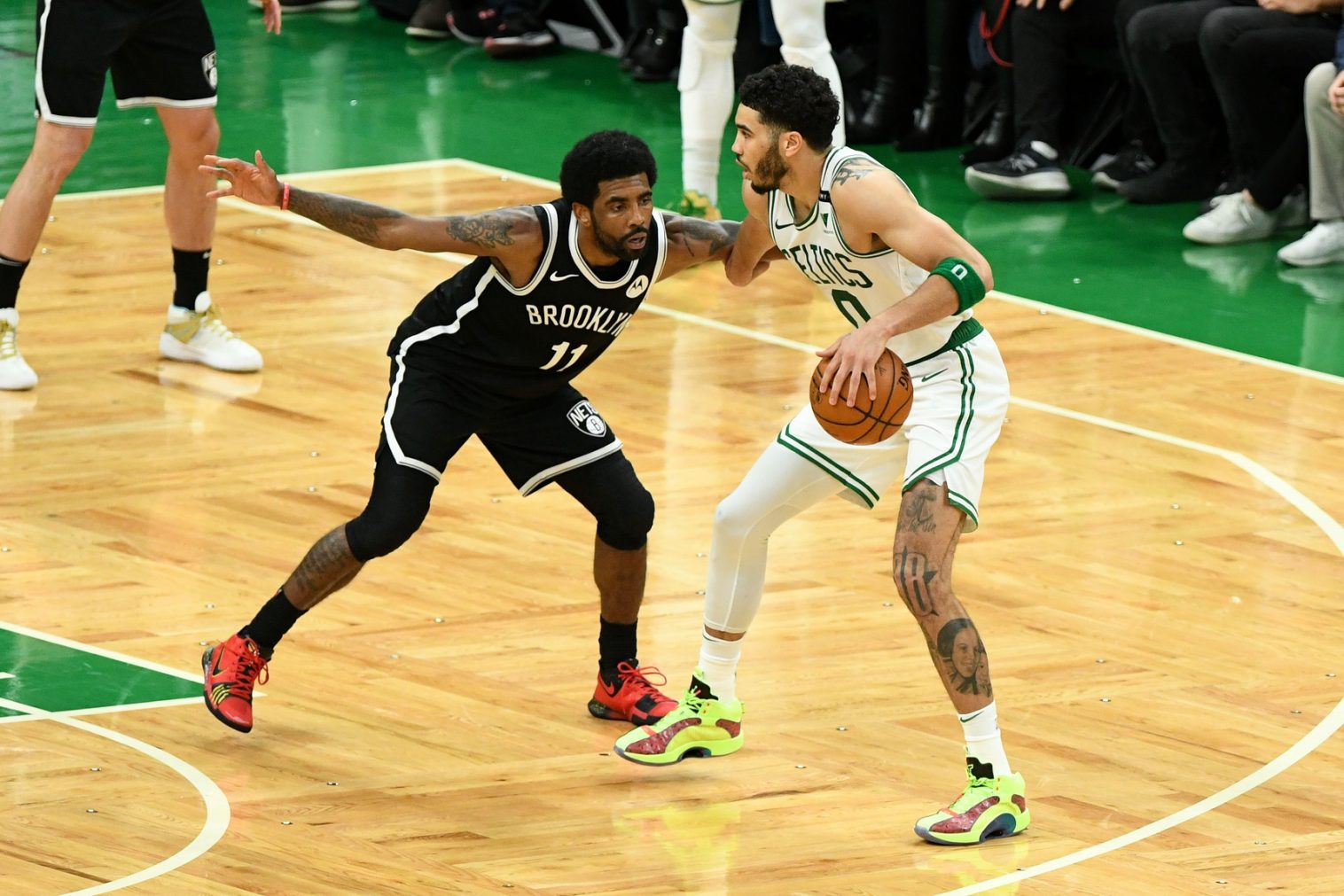 The Celtics started strong in Game 4 but eventually fell prey to old bad habits and the furious firepower of the Nets in a 140-125 loss that was often a lot less close than that.

Let’s begin our real-time look at how the game unfolded with a recognition of THE FULL F***IN GARDEN:

The noise meter would break if they put it on the TD Garden Jumbotron right now.

This time, the Cs started the game with a solid lead, and it was the Nets who had to push back from a deficit. Also early in the game, the Garden crew took the time to honor Mike Gorman’s forthcoming induction to the Hall of Fame:

Brooklyn just can’t guard Tatum. Past couple games (so far) are some of the best basketball he’s played pic.twitter.com/5A8xMEN19O

Obviously these Nets are no slouches, capable of using the Cs defensive tactics against them:

Brooklyn’s unexpected fortitude on defense, coupled with the existing firepower, meant Boston’s lead in this one would not be as maintainable as it had been in much of Game 3. The bench did not help matters:

Jabari's defense is so bad lol

Nor did a flurry of foul calls (some definitely earned by the Cs, others…questionable):

That said, the Celtics’ own defense held its mud enough for the squad to stay ahead 34-31 at the end of Q1. Things started to go more awry in Q2 when Stevens had to give Tatum some rest. Even though Grant Williams and Payton Pritchard had a few good moments…

Payton Pritchard basically shot this 3 from the parking lot and splashes it home #Celtics Rewind presented by @tmobile pic.twitter.com/F4LITuF0sU

GET UP THEN, HARDEN. (via @NBAonTNT) pic.twitter.com/m5lTq7EMJG

The Nets big three already has 45 points midway through the second quarter. Sheesh.

Just after the Q2 halfway point, Brooklyn had retaken the lead and driven it to double digits. Boston was more or less still in the game, but they were making the sort of careless mistakes in terms of transition defense and in leaving lanes to the rim wide the f*** open that Brooklyn thrived on. Tatum also went silent after a strong 14-point first quarter. If not for some last-second Tristan Thompson hustle and buzzer-beating triple by Evan Fournier, the Cs would be down quite a bit worse than 73-60.

By Q3, the game was looking at lot more like what we would expect from a game with this sort of talent imbalance between the teams, as the Brooklyn lead grew to the high teens, and then made it to the 20s…

The squad couldn’t even make the most of the golden opportunities it was given:

Romeo just fucked up a FOUR on ONE lmfaooooo

It started to drag on Tatum:

Tatum is frustrated and I don't blame him

If not FOR Tatum, the Cs would be deader than dead. He scored the vast majority of Boston’s points in Q3…which, in the grand scheme of things, wasn’t a ton, but…there’s not a lot to recommend here, so, it’s what it is. Kyrie Irving was extremely in his bag by this point, en route to 39 points. (One less than Tatum, so, we’ll take victories where we can.)

Harden, Durant and Irving are currently outscoring the Celtics 80-77 through three quarters.

I mean, people were barely even bothering to tweet highlights.

Tune in to @NBCSBoston for live coverage

There wasn’t much left to note or say at this point. For some reason, the Nets kept their starters in even when it was well into blowout territory (a decision that may bite the team in the ass during an almost-certain second round against the Bucks) and Tatum was also still out there. But the conclusion had been foregone since about the halfway point of Q3.