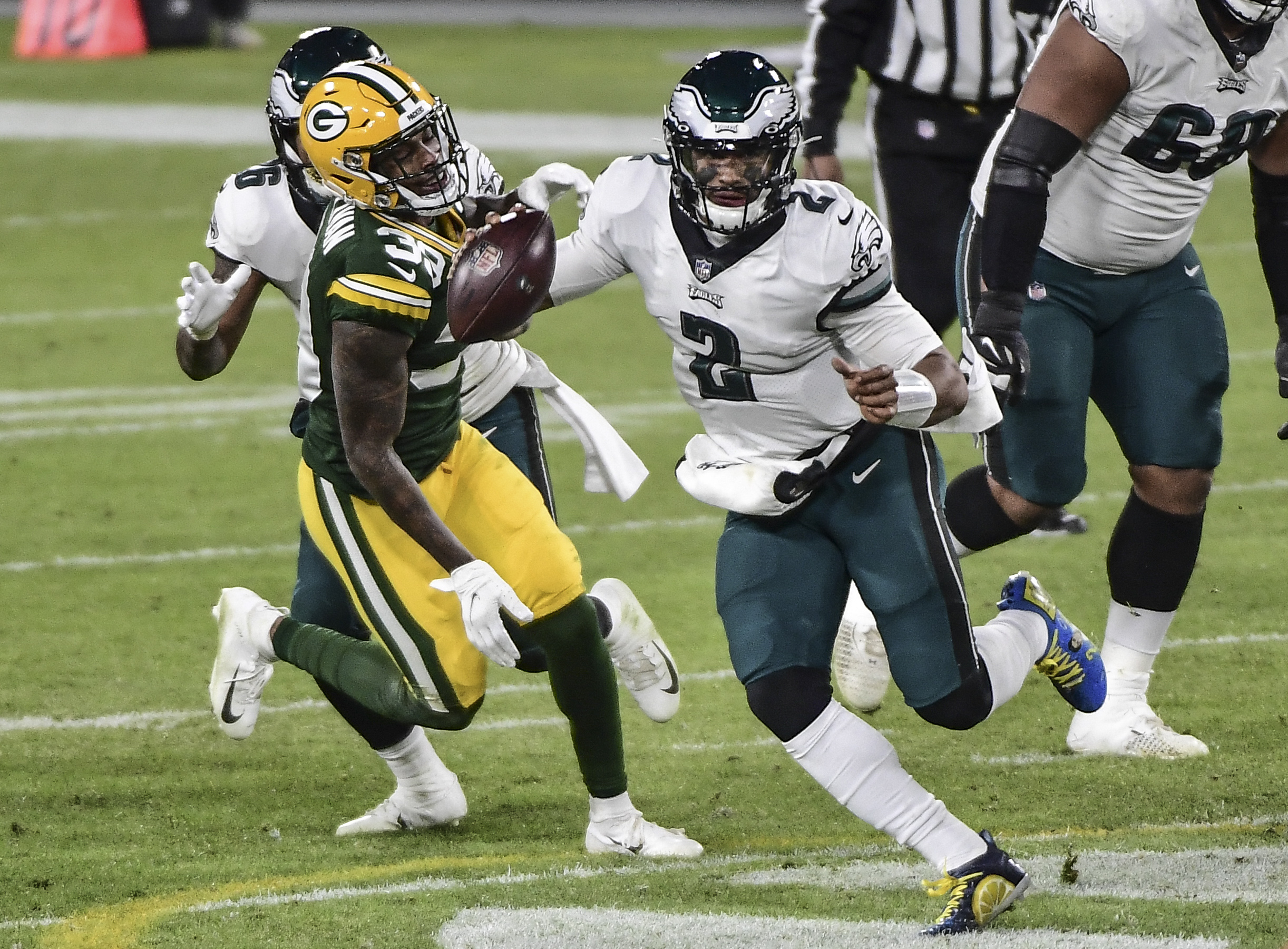 Mike Kaye is one of the brightest writers on the Eagles beat and he’s been doing it for NJ.com for more than a while now.  One of his talents is the ability to break down complex fiduciary issues into easy-to-understand English.

Here is Kaye’s summary of the salary cap issues faced by the Eagles in 2021 and how they dovetail into the special NFL day this week known as June 1:

“On Tuesday (June 1), the league’s salary cap rules change, allowing for teams to use next year’s cap to mitigate this year’s expenses, especially when it comes to dead money.

Here’s a breakdown of the Eagles’ cap situation, and how June 1 impacts their bottom line:  As of this past weekend, the Eagles have $3.81 million in cap space, according to the NFLPA’s salary cap report. That total factors in the recent signings of DE Ryan Kerrigan and OT Le’Raven Clark.

The Eagles will need more than their current projection to sign their 2021 draft class, which is why the rookies haven’t signed deals to this point.

“The good news for the Eagles (and their rookie class) is that they are set to inherit $4 million in salary-cap space on Tuesday at 4 p.m. The additional funds come from the post-June 1 designations on the releases of WR Alshon Jeffery and DT Malik Jackson.”

The Zach Ertz situation:   On Tuesday at 4 p.m., the Eagles can use next year’s cap space to split the difference on dead money charges.  Prior to Tuesday, the Eagles could release or trade TE Zach Ertz for a savings of $4.9 million in cap space. However, if the Eagles wait until 4 p.m. on Tuesday, they can save $8.5 million in space by removing Ertz from the roster.

With those additional funds, the Eagles would have $7.81 million in space, barring any other moves over prior to Tuesday.

“With the $8.5 million in savings from Ertz and the $4 million received from the post-June 1 releases, the Eagles would have $16.31 million in space as of June 2. That total would allow the Eagles to acquire notable veterans in trades or in free agency and sign their rookie class without issue.

“When Ertz wasn’t moved during the draft weekend, it became clear that the next logical step would be to wait for June 1. With the Eagles unlikely to land an immediate return for the tight end, waiting to move him in June made the most sense from a salary cap perspective.”

Other ways to save…

Along with moving on from Ertz, the Eagles have three other logical avenues to save cap space. They could trade DE Derek Barnett ($10 million) and/or restructure the contracts of DT Fletcher Cox ($11.19 million) and RT Lane Johnson ($6.91 million). It should be noted that all three of those moves are highly unlikely.

“The Eagles decided against restructuring the contracts of Johnson and Cox earlier this offseason, as they are already taking up massive chunks of cap space, and reworking those deals would only further push their debt to the players into future years.

“Also, while the Eagles have Kerrigan, they value their pass rush, so trading Barnett now makes little sense when they could gain a compensatory pick for him in 2023 after a potential breakout season in the last year of his rookie contract.”

Thank you, Mike Kaye, for the updated analysis and numbers.  Without your help, EYE would need a cost accountant to understand anything related to June 1 on the Eagles’ football calendar.

Back to school for Eagles