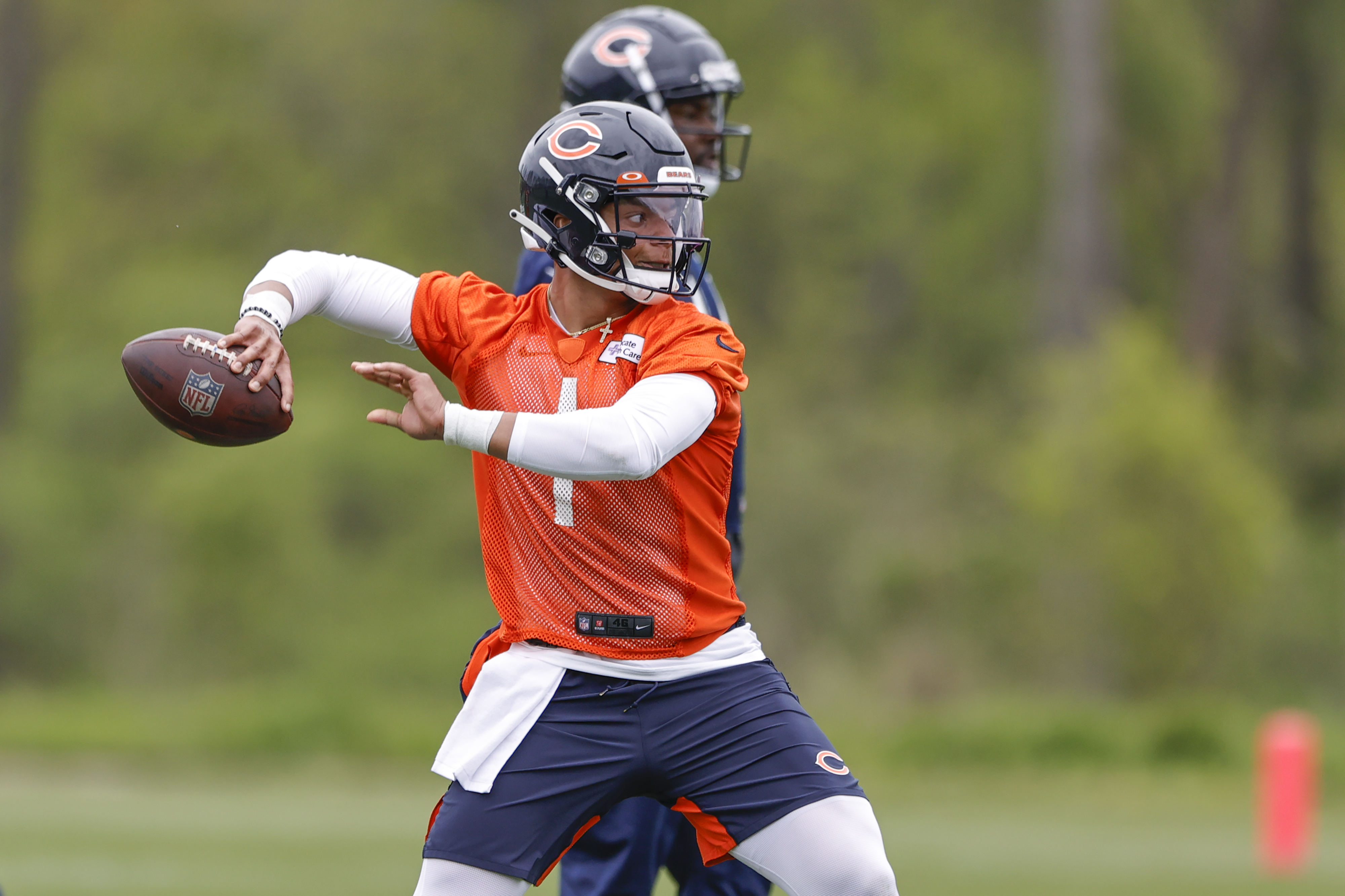 Summer is just around the corner, but tbere’s still a lot of commotion about Chicago Bears rookie quarterback Justin Fields sliding down draft boards in the first round earlier this spring. It appears as if there was more than enough interest in the former Ohio State quarterback from various teams.

According to Mike Florio of ProFootballTalk, the Minnesota Vikings tried to move up into the top-10 for Fields. In a video released by the Carolina Panthers from inside their war room, the Vikings called Carolina to see about moving up from No. 14 overall to No. 8 overall.

The move up would’ve been for either Justin Fields or Rashawn Slater.

As we all know, the Panthers did not take the Vikings’ offer and instead took cornerback Jaycee Horn. Meanwhile, Minnesota dropped back from No. 14 and drafted offensive lineman Christian Darrisaw with the No. 23 overall pick in the first round.

The Vikings eventually addressed quarterback by taking former Texas A&M quarterback Kellen Mond in the third round of the 2021 NFL Draft. Mond will look to be the backup behind starter Kirk Cousins, who has two seasons left on his current deal.

One could only imagine what a Vikings’ offense would’ve looked like with Fields surrounded by Dalvin Cook, Justin Jefferson, Adam Thielen, and TE Irv Smith Jr.

Now, the Vikings will get prepared to face Fields for multiple years to come with the Bears.