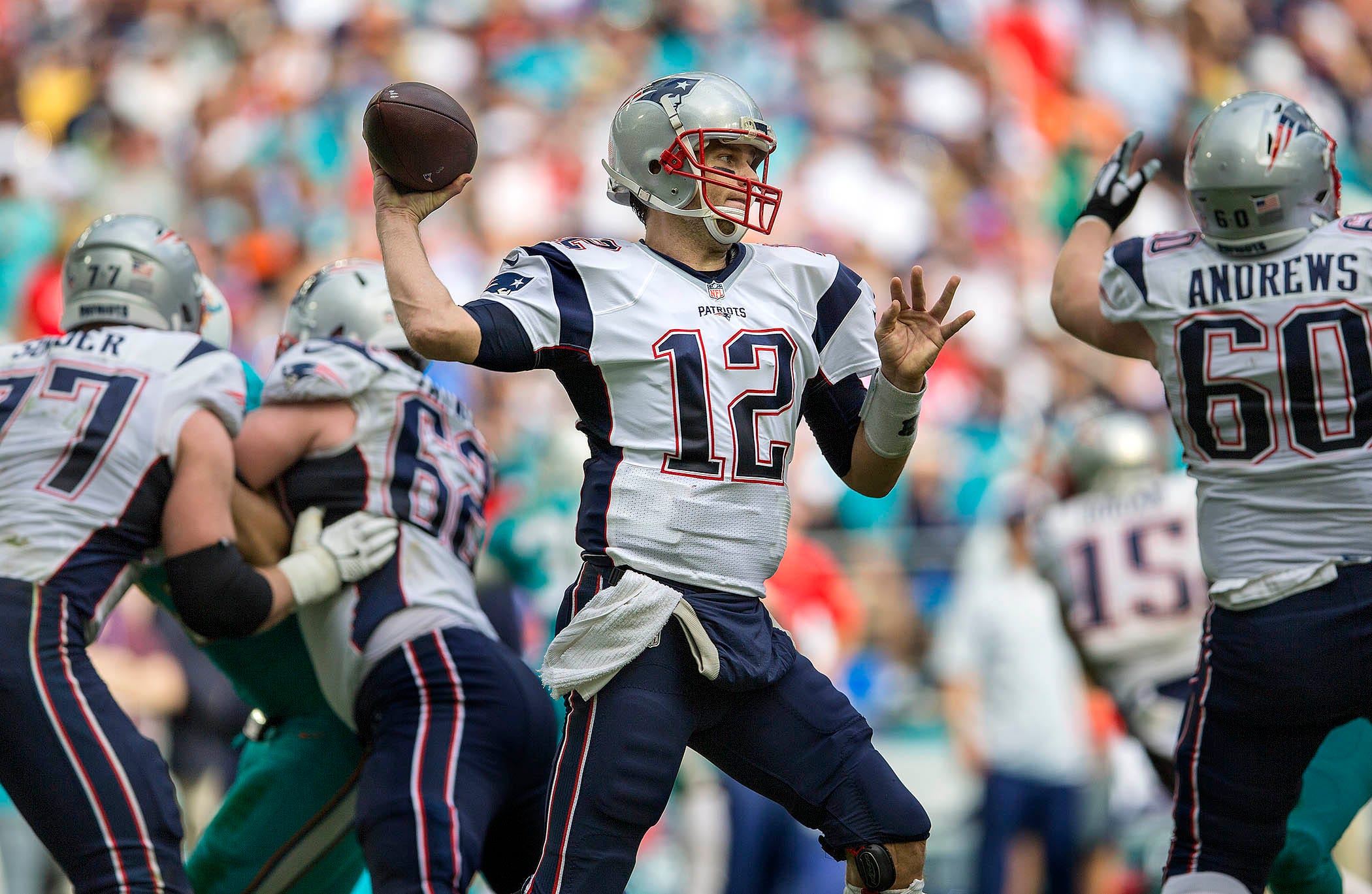 Click here for more information on US bookmakers and some exciting betting opportunities.

Here is a look at the top four quarterbacks in New England Patriots history. This includes the team’s 10 years in the AFL and their 50-plus years in the NFL.

Parilli led the Boston Patriots for seven seasons in their AFL days and earned Pro Bowl honors three times during his time with the Pats.

His best game came during that season when he threw for 422 yards and four touchdown passes in a 43-43 tie against the Oakland Raiders.

Parilli won a Super Bowl ring as Joe Namath’s backup in 1968 and later served as a coach in the NFL and the WFL.

Bledsoe was a three-time Pro Bowl quarterback who led New England to the Super Bowl after the 1996 season.

He led the league in passing yards in 1994, his second season in the NFL when he passed for a career-high 4,555 yards.

The Patriots made the playoffs three times under Bledsoe’s leadership and he threw two touchdown passes against the Packers in Super Bowl XXXI.

Bledsoe was injured early in the 2001 season and lost his starting job to Tom Brady. He later had a Pro Bowl season with the Bills before finishing his career in Dallas.

Most people remember Bledsoe as the guy who was replaced by Tom Brady, but he was a good quarterback in his own right.

Grogan spent 16 seasons with New England and helped them become one of the league’s better teams in the late 70s and early 80s.

In 1976, he helped New England to an 11-3 record and the Pats were the only team that beat the eventual Super Bowl champion Oakland Raiders. He later led the league in touchdown passes with 28 in 1979.

Grogan was a mobile quarterback who could evade the pass rush and sling the ball downfield. He gained 528 yards rushing in 1978 and averaged 6.7-yards per carry. He also scored 12 rushing touchdowns in 1976 which was a league record for quarterbacks that stood for more than three decades.

Grogan was inducted into the Patriots Hall of Fame in 1995.

Brady was an afterthought in the 2000 NFL Draft. The former Michigan star wasn’t selected until the 6th round of the draft with 198 players being selected before him.

By his second season in the league, Brady took over as the team’s starter and led them to the first of six Super Bowl titles.

Brady is considered the best quarterback in the history of the NFL, not just the Patriots. He earned Pro Bowl honors 14 times and won three league MVP awards.

Brady isn’t terribly big or fast and doesn’t have the strongest arm, but he’s smart, works hard and prepares for games better than anybody. Brady will be remembered as the greatest quarterback in Patriots history and in football history.