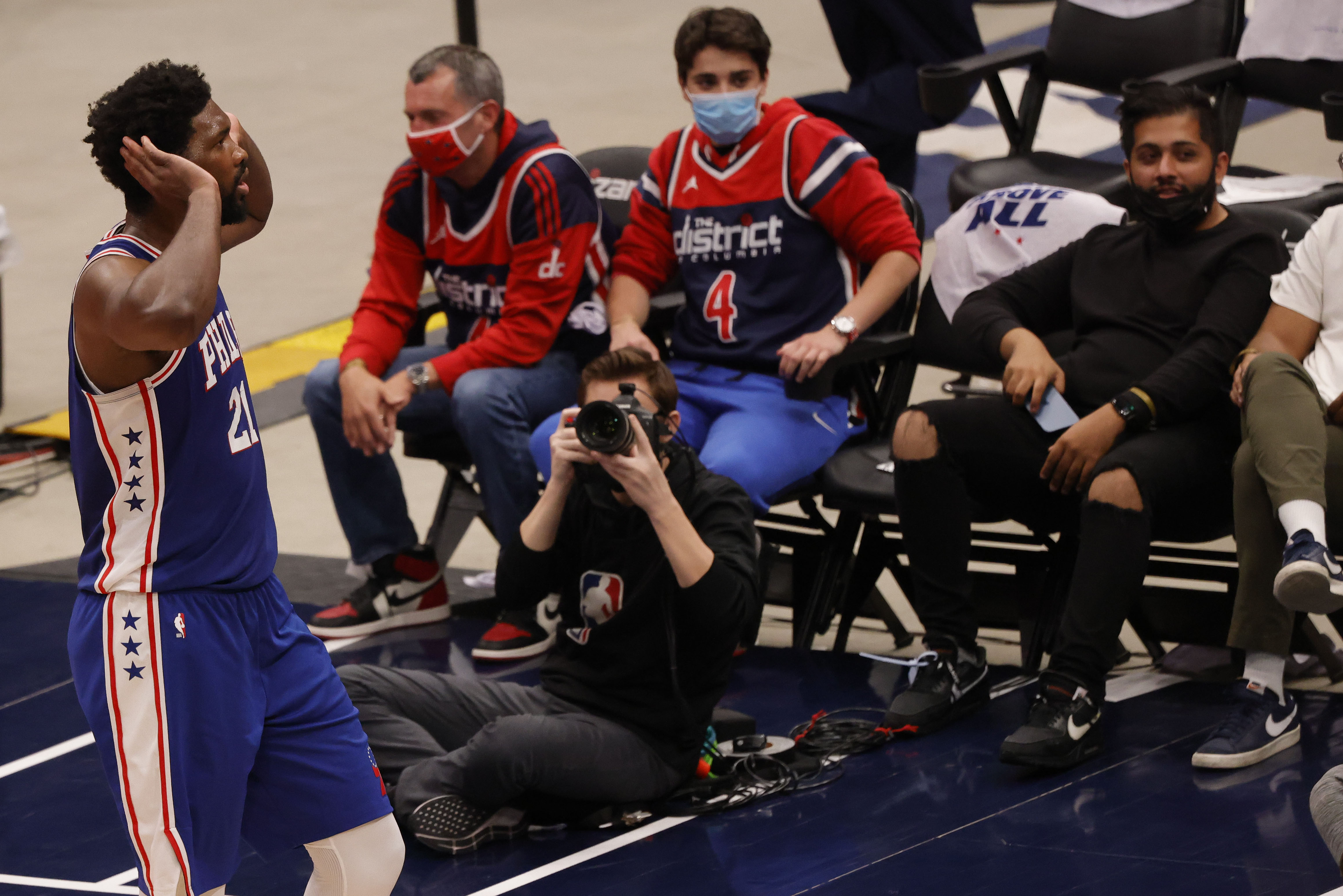 The Philadelphia 76ers are looking to join the Milwaukee Bucks as the only two teams in the 2021 NBA playoffs to achieve a first-round sweep.

The Bucks wrapped up their opening-round series on Saturday afternoon, winning all four games decisively against the Miami Heat.

The Sixers are set to play Game 4 on Monday at 7 p.m. ET against the Washington Wizards. The last time the Sixers secured a first-round sweep was in 1991 against the Bucks.

Philadelphia is coming off of their second-straight blowout win, defeating the Wizards 132-103 in Game 3 on Saturday night. Philly jumped out to a 10-point lead in the first quarter, thanks to their three-point shooting, and never looked back.

The Sixers received a tremendous game from All-star center and MVP finalist Joel Embiid, who dominated the game from start to finish. Embiid scored a game-high 36 points on an efficient 14-of-18 shooting from the field and 3-of-4 shooting from three-point range. He also grabbed eight rebounds. Embiid was among the five starters for the Sixers, who scored in double figures.

Along with Embiid, Seth Curry and Danny Green set the tone right away for the Sixers. The dynamic sharpshooters combined for 29 points and shot 8-of-15 from behind the arc. As a team, the Sixers shot a healthy 51.5% from three-point range and 58.6% from the field.

Sixers head coach Doc Rivers spoke about his team’s hot-shooting in his postgame presser. “When you shoot the ball that well, you’re going to win a lot of games,” he said. “We had one of those nights where everything fell for us.”

In addition to their shooting, Philadelphia did a great job on the defensive side of the ball led by All-Star point guard Ben Simmons. Simmons had 14 points, 9 assists, and 5 rebounds. But he also made sure Bradley Beal or Russell Westbrook did not have their patent offensive outbursts that we’ve seen this season.

Beal was held to 25 points on 10-of-26 shooting from the field, while Westbrook recorded a triple-double consisting of 26 points, 12 rebounds, and 10 assists. However, it was all for nothing as the Wizards shot 39.6% from the field and 22.9% from three-point range.

In the first three games of this series, the Sixers are averaging 125.6 points and shooting 54.5% from the field. If the Wizards want to not get swept on Monday night, it starts on the defensive end. However, the Sixers understand that the job is not done yet with Game 4 on the horizon.

“We want to get the sweep so we can get some rest,” Ben Simmons said after the Game 3 win (h/t Associated Press). “But this is a tough team. You never know what you are going to get every night, especially with (Bradley) Beal and (Russell) Westbrook. So we got to come prepared on Monday.”

Tobias Harris, who is averaging 25.3 points per game in this series and had 20 points and 13 rebounds, echoed the sentiments of Simmons.

“It would be big for us,” he said. “From the start of the series, the goal is always to come in and handle business. … We need that same type of mentality in the next one.”