Rapid Recap: Season of hell ends as Celtics fall to Nets in Game 5 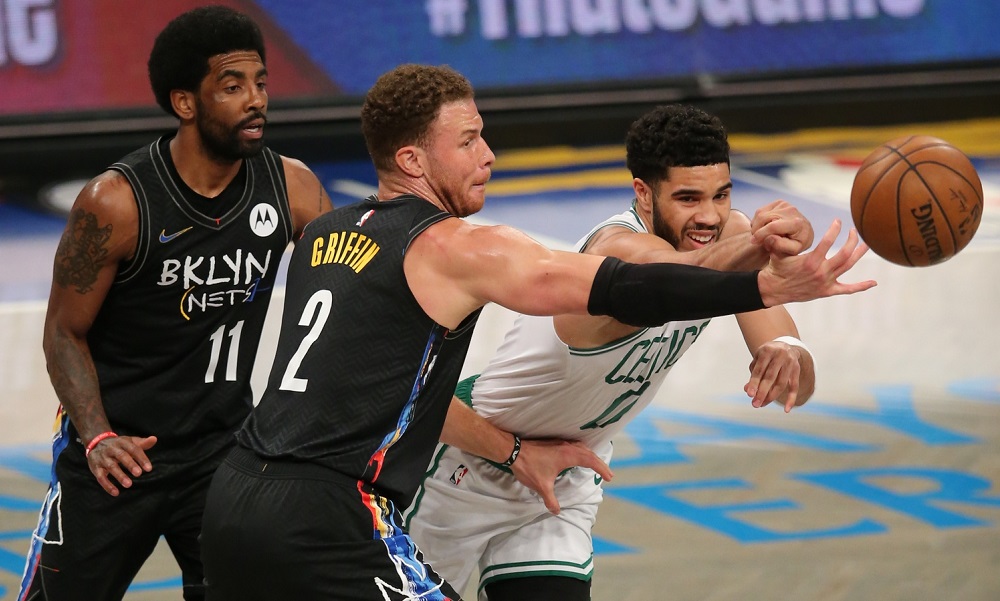 Rapid Recap: Season of hell ends as Celtics fall to Nets in Game 5

Sweet relief from this season of hell has finally arrived. The 2021 Celtics, who never had their roster completely healthy for even one day this season; who lost more player days to Covid-19 cases than any team in the NBA; and who were forced to win the play-in tournament after plunging to a disappointing .500 record, have been eliminated from the playoffs by the Brooklyn Nets.

The Nets took Game 5 in Brooklyn tonight, 123-109, led by 83 combined points from their big three. The Celtics fought hard, but fell behind in the second quarter and could never get the lead back. Jayson Tatum was not other-worldly, but he did finish with 32/9/5.

The Nets shot 51.2% and were 15 of 32 from the arc, neither of which the Celtics could match. The team fouls and free throws were almost even, but according to my Twitter timeline, the Nets repeatedly were bailed out by momentum-changing calls in their favor.

#NEBHInjuryReport Brad Stevens says both Kemba Walker and Rob Williams are out for tonight's Game 5.

if we're going down tonight, let's go with a bang ☘️

First points on the board 🏀 pic.twitter.com/zu20yLa92Q

#Celtics holding strong early but need more buckets. They are 5-for-13 so far. #Nets

Celts maintained a small lead until the Nets closed the period with a 16-5 run.

The Nets are going to be brutal to beat anyway but the Celtics just gave up a wide open Kyrie 3 because they weren't matched up after a made free throw.

Evan Fournier, Jabari Parker, Romeo Langford, Payton Pritchard, Grant Williams. That would have been a goofy lineup for a regular season game, never mind Game 5 of a playoff series against two former MVPs and another All-Star.

After showing Jayson Tatum grabbing at his knee on the court earlier in the game, it appears he's being looked at by team doctors as he sits on the sidelines now. Celtics hanging around in this game, but trail 33-28 early in the second.

Tatum returned and didn’t appear to have any further difficulty.

Celtics' Jabari Parker's quick decision-making on offense has him up to 11 points in 8 minutes.

He's keeping the Celtics in this game right now

Pritchard with the save
Parker with the basket pic.twitter.com/DFCtc3FgaN

Harden knocks Smart down on a screen and Smart is down for a few moments. No review. #Celtics #Nets

Do the refs know that the Nets really don’t need their help?

#Celtics shooting 36% from the field yet down by 8? How is that even possible?

Romeo Langford is really good at this defense thing: pic.twitter.com/vJGhtxqwDt

Down 14, coulda mailed it in. Instead..punched back. Now let's see if they can survive life post timeout

I'm happy that the short-handed @Celtics aren't just capitulating to the Nets. This is promising for next season. #Celtics #Bleedgreen #NBA #NBAPlayoffs

#Nets giving the #Celtics chances to rally but BOS can't hit enough shots. 9-for-34 from 3pt. They're gonna need someone to get hot quickly. 82-73 BRK.

The calls kept tilting toward Brooklyn.

Wow. That is a horrible call.

So if the nets commit a bad turnover or miss an easy shot it is automatically a foul regardless of what is happening? #BOSvsBKN #Celtics #BleedGreen

Harden scored but was called for a push-off.

The Nets challenged. Call overturned, basket good and a foul on Fournier.

That star-fvcking reversal of the call from a Harden charge to a Fournier block — after Harden clearly forced contact with his shoulder & forearm into a guy who had established position — is everything that's wrong with @NBAOfficial.

And the officiating continued.

Even the commentators commenting about it. Who holds the refs accountable? Real question!

The Celtics won a challenge to prevent Evan Fournier from fouling out, but Twitter wasn’t fooled.

Sure, overturn this call just to get people off your scent

Tatum now with 30. This series has definitely been a good experience for him as the No. 1 option. He finishes final three games with 50-40-30. A healthy Brown makes this a more interesting series. #Celtics #Nets

In the end, the Nets simply remembered how to make shots, and nailed down the win with a flurry of threes.

Brooklyn just basically woke up 5:30 ago and decided to put the game away

I appreciate that this Celtics team didn’t fold and give up. That’s all I have to say about the 2020-21 season