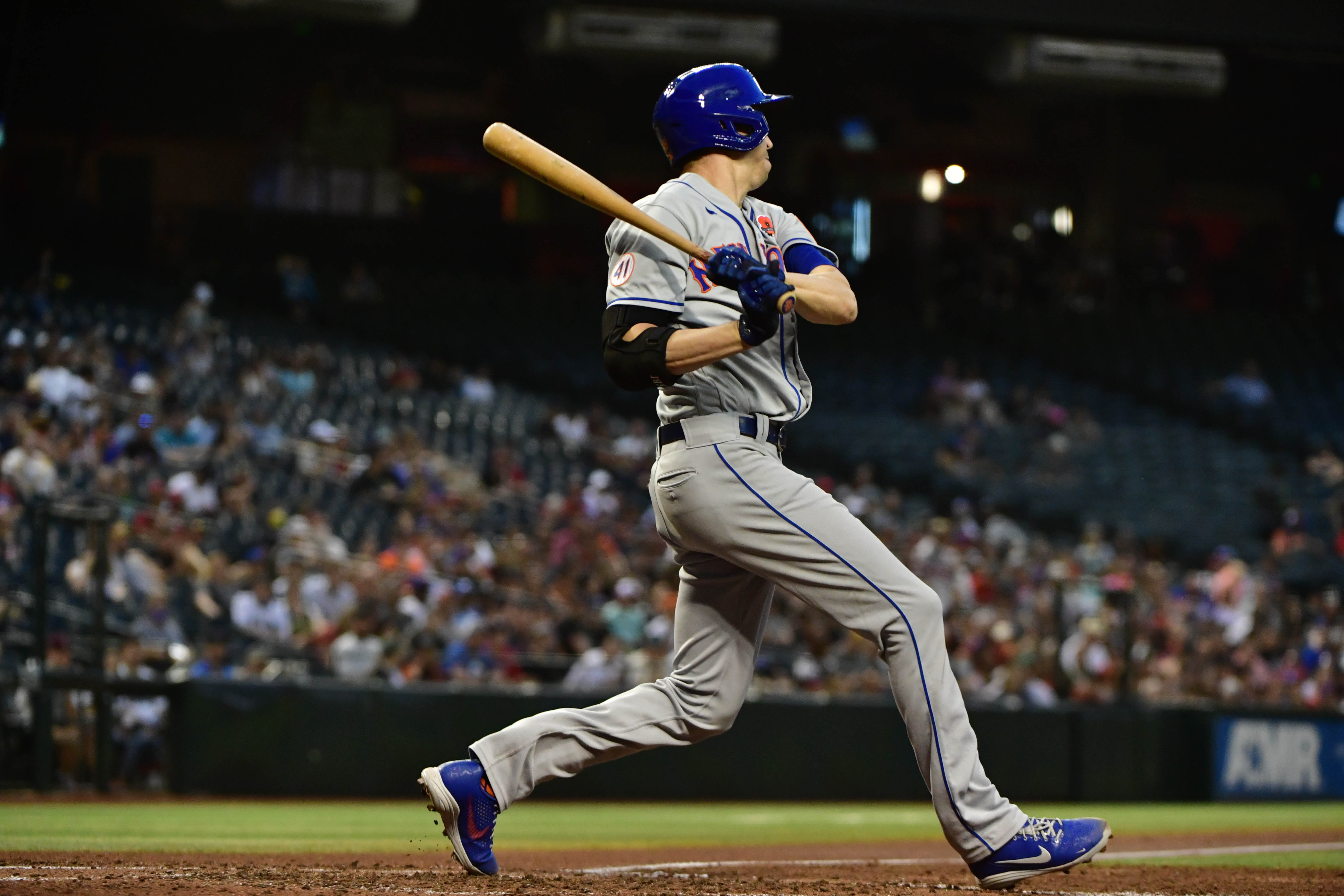 The Mets entered Phoenix with a 25-20 record, despite missing like, four entire teams. But in first place by 3 and 1/2 to start the day, the Mets got back Pete Alonso, Kevin Pillar, and Seth Lugo for Monday night’s game. It also helps to have Jacob deGrom toe the slab, which he did for six very normal innings for deGrom, striking out eight and only giving up two hits. But it was his bat that played a key role.

Pete Alonso delivered the keynote with a two run single in the third driving home Jonathan Villar and Mason Williams, who was just called up, added to the 40, and singled to reach base to set up the second run. Then in the 4th after the first two batters were retired, Jose Peraza hit a lazy fly ball which should have ended the inning. But then came the first bad decision of the night by Arizona: more specifically the two outfielders who decided that the other one should catch the ball, and Peraza was on.

Then came bad decision number two, which was to walk Williams, the guy who just came up, in favor of deGrom, who was hitting .471 to start the season. Yes, it was walking a position player in favor of a pitcher, but it was also a position player who just came up to the bigs to a pretty good hitting pitcher. deGrom made the Diamondbacks pay for that decision and for the dropped fly ball in one swing, as he drove home Peraza with a single to make it 3-0. 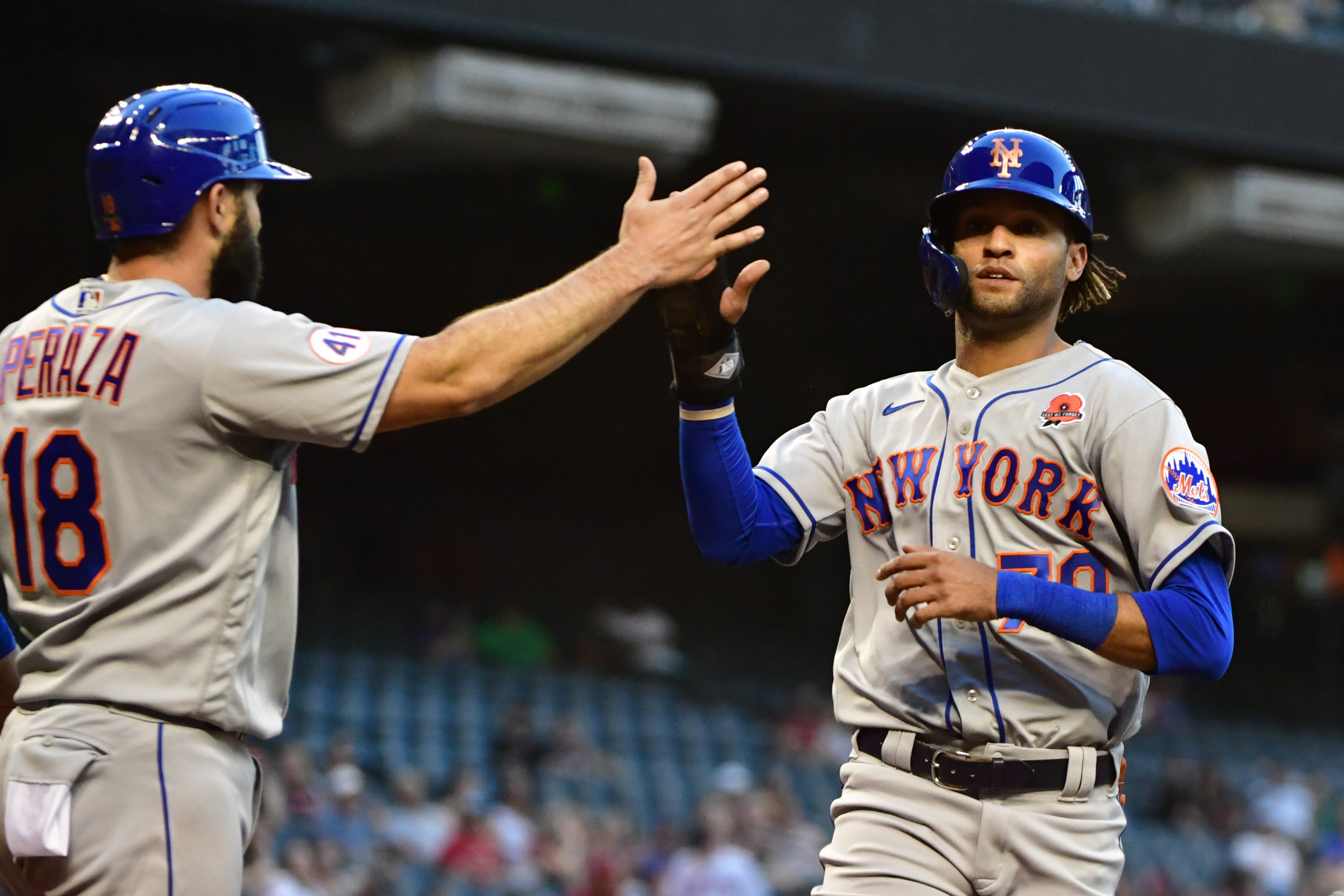 Then came bad decision number three: With two outs and first base open, Torey Lovullo could have walked Alonso and then brought in a lefty to face Dom Smith. Instead, he let starter Merrill Kelly pich to Alonso. Alonso made Kelly pay with a home run that traveled all the way to Incheon to make it 5-0. That was pretty much your ballgame, save for a nice catch by Williams to end the 7th inning after the Diamondbacks got two back off of Trevor May, and a Billy “Kevin Maas” McKinney solo HR to make it 6-2, which was the final.

But not to be forgotten was the return of Pillar to the field, wearing a modified Phantom of the Opera mask in the field but going with the good ol’ normal c-flap at the plate, where he grounded a single to left in his return to the batters box. The Mets, with their statistical and spiritual leaders slowly returning, are 3 and 1/2 games in first place which is unfathomable to believe considering the laundry list of players that have missed time. If the Mets can fatten up against Arizona with a sweep (which considering their play and their decisions tonight seems quite possible), it sets them up quite nicely to battle the Padres seven times in two weeks, and perhaps have some extra room to play with if they have their usual horrible series at Petco.

Although it would be quite like the Mets to finally play well at Petco the year that the Padres are finally good. 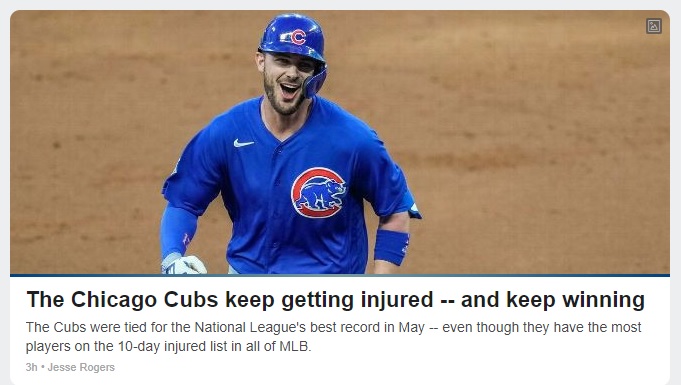 Bottom line: The Mets' front office blew it with the coaching staff. If they didn't want Chili Davis, they should've fired him in the offseason. It'll be interesting to see what the next 23 games brings.