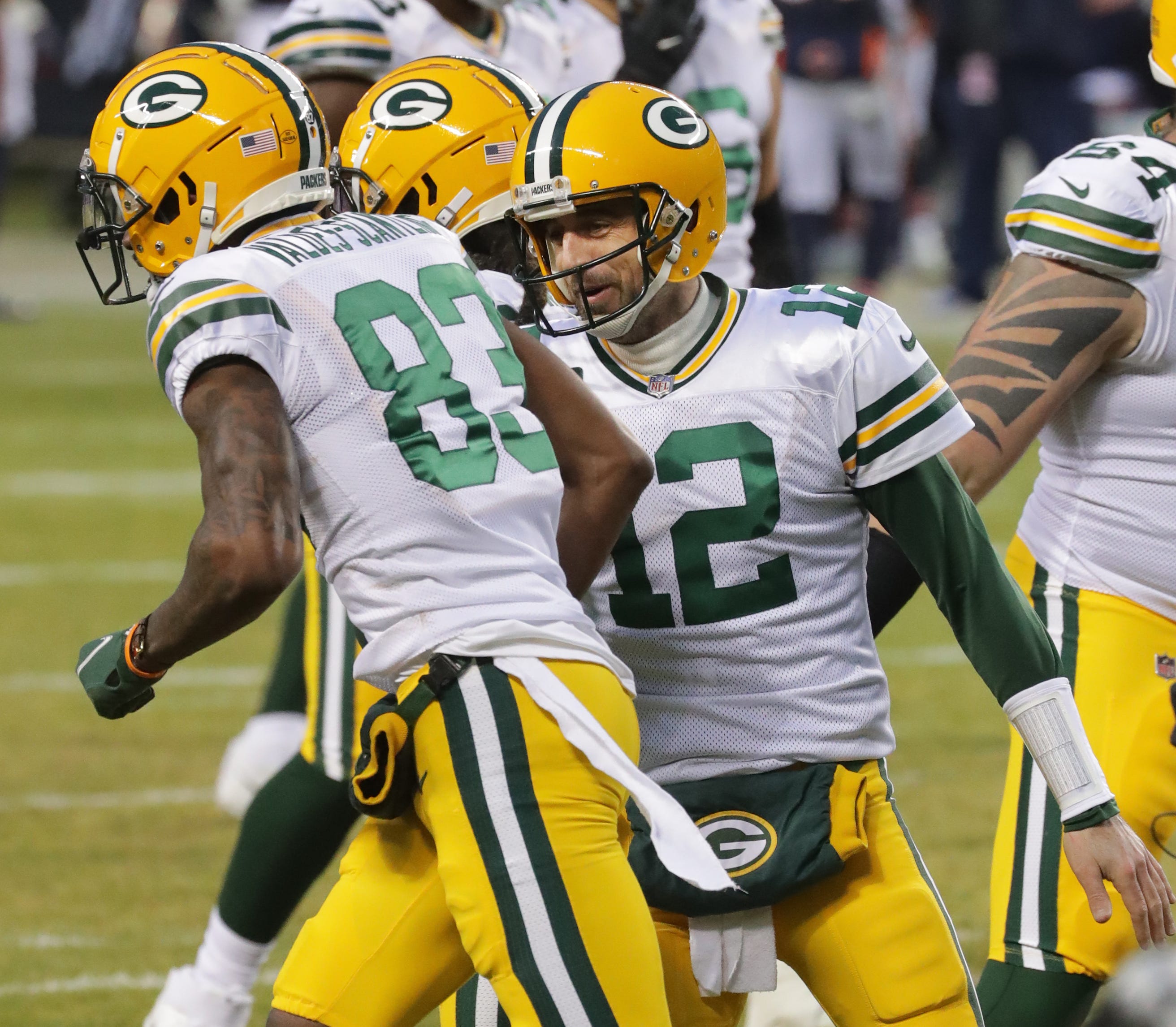 The Green Bay Packers offense finished 2020 as the top scoring unit in the NFL. The Packers averaged 31.8-point per game and featured the league’s MVP in Aaron Rodgers along with two Pro Bowl offensive linemen, one All Pro center, a Pro Bowl running back and wide receiver.

Here is a look at the five biggest questions facing the Packers offense as we head into the next round of OTAs:

This is the big question on everybody’s mind across the league not just in Green Bay. The reigning NFL MVP has stated he does not want to play for Green Bay in 2021 but seems to be leaving the door open to a return if certain things can be worked out. This is not about money, according to Rodgers, but about respect and the philosophy of the front office.

If Rodgers returns, the Packers are expected to be Super Bowl contenders again. If he leaves, the team will likely struggle to make the playoffs depending on who takes over as the quarterback and how big a drop in quality there will be at the position.

The next chapter of this drama is likely to play out next week when the Packers have their mandatory OTAs. If Rodgers doesn’t show up, the tension will go up a notch.

We know the Packers will have a new center since Linsley is now with the Chargers. We also know that starting left tackle David Bakhtiari is still rehabbing the knee injury he suffered in practice last December and may not be ready for the start of the season.

Bakhtiari will take over again at left tackle when he’s healthy. There are several other players battling for playing time and roster spots, so this is an area to watch.

We know that Davante Adams will be the number one wideout, but the Packers don’t have a clear cut number two receiver. Allen Lazard started 2020 in that role but was injured after Week 4 and missed significant time. He is the team’s best blocking receiver and provides his quarterback with a reliable and large target over the middle.

Marquez Valdes-Scantling is the fastest receiver on the team but needs to get more consistent with his hands and his route running to take his game to the level needed to be WR2.

The battle for WR2 will primarily be between these two with Devin Funchess and Equanimous St. Brown leading the next group of veteran receivers on the roster and rookie third-round pick Amari Rodgers competing for time in the slot and on jet sweeps, screens and end arounds.

We know Davante Adams is the top receiver, but after that, it’s not clear how the depth chart will shake out.

The entire group of tight ends from last year returns, but with everybody healthy, how the reps are divided remains to be seen.

Robert Tonyan was snubbed from the Pro Bowl last year but we’ll see if he can repeat or improve on his breakout season.

Marcedes Lewis is back for one more season and the veteran remains a good blocker and a great leader in the locker room. Everybody respects “Big Dog.”

Will Jace Sternberger be able to stay healthy and finally reach his full potential, or will the former Texas A&M star go down as another third-round disappointment?

Josiah Deguara was supposed to play H-back, fullback and tight end for the Packers but was injured after playing in only two games. What role he will fill in 2021 remains to be seen but head coach Matt LaFleur was excited about what Deguara can add to the offense and hopes he gets that chance this season.

Dominique Dafney stepped in late in the season and did a nice job blocking and even caught his first NFL touchdown. He will be looking to expand his role in 2021 and show he can contribute on both offense and special teams.

This will be Jordan Love’s second NFL season but his first set of OTAs and preseason games. Is he ready to start if Rodgers is traded? Is he even ready to be the primary backup?

Love is getting reps with the first team offense in OTAs and depending on what happens with Rodgers, may continue to get them in training camp and the preseason.

The coaching staff and the players will all be eagerly watching to see how well Love progresses and what ability he shows this season.