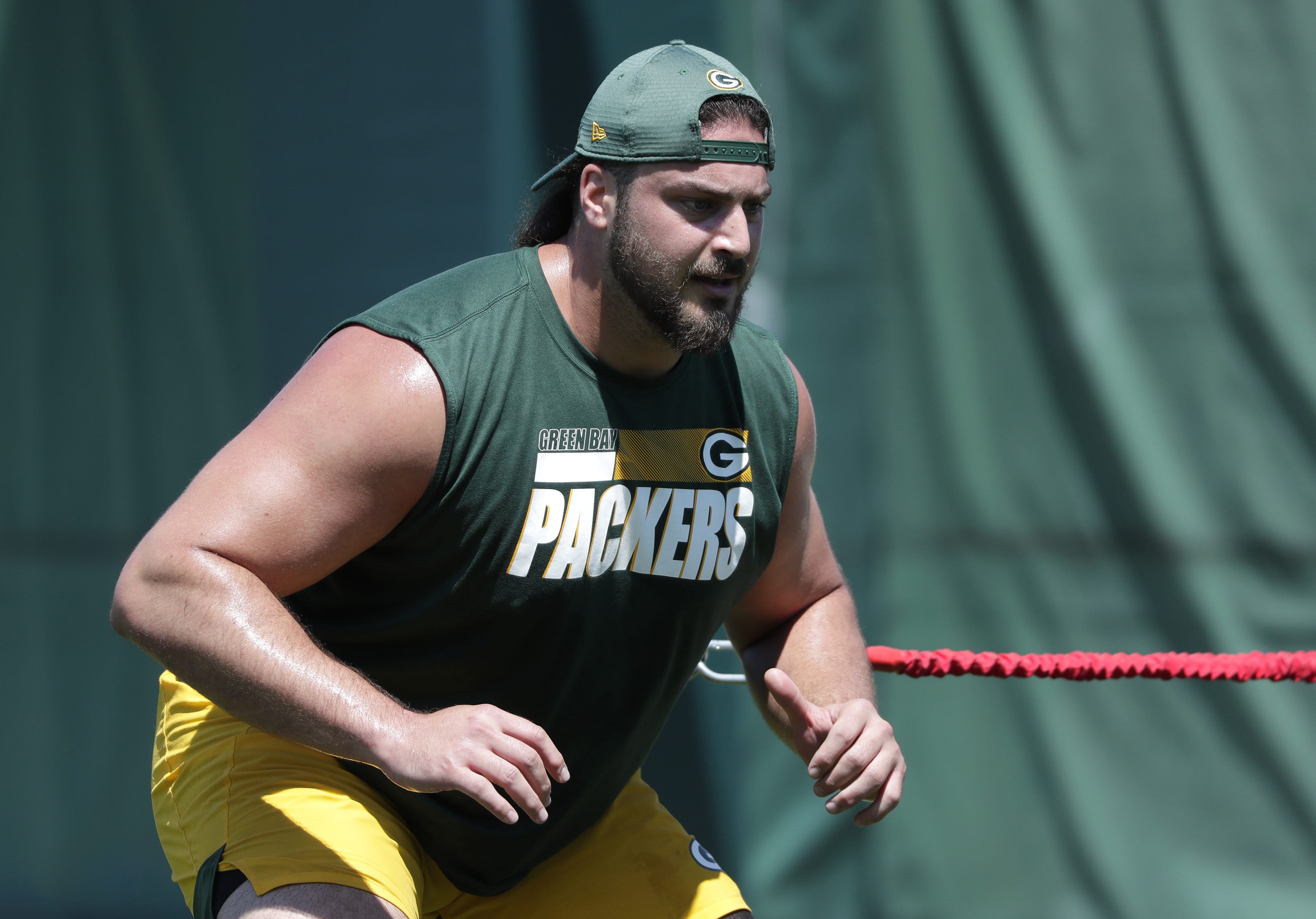 One key for the Green Bay Packers offense this season will be the return of All Pro left tackle David Bakhtiari. Bakhtiari is considered the best pass blocking tackle in the game today and has done a great job of protecting Aaron Rodgers’ blindside for the last eight seasons.

But Bakhtiari suffered a serious knee injury in December that required surgery. He was unavailable for the playoffs and his absence was costly in the Packers loss in the NFC Championship Game as the Bucs were able to sack Aaron Rodgers five times and pressure him frequently throughout the game.

Bakhtiari has been rehabbing the knee since undergoing surgery and the timeline for his return to the lineup remains uncertain. But there has been some good news for the Packers in recent days concerning Bakhtiari’s recovery. He is working out on his own during voluntary OTAs and looks like he’s progressing very well.

Even though Bakhtiari isn’t ready to line up with his teammates yet, his teammates are excited to see him working out at the team facility during OTAs.

“The best thing that Dave does he raises the standard of the room and even in practice today, you know communicating with us and giving us tips and pointers,” Packers offensive lineman Lucas Patrick told reporters. “He’s the best at his position, so when you have the best at a position on your team and in your room, there are guys like that and they just raise everyone’s standards.”

Bakhtiari’s attitude is contagious according to Patrick who appreciates what how his teammate is approaching his rehab.

“It was really good to see him moving, to see his spirits up,” Patrick added. “Last season, the way it ended for him was tough but he never blinks in the face of adversity, he always answers with the right mentality, the right work ethic and a testament to who he is as a person to still come out here and pour into myself and all the other guys who are younger than him and still trying to make this team better.”

Assistant coach Adam Stenavich is also pleased with how Bakhtiari is working hard. “I know Dave. Just talking to him throughout the offseason he’s doing everything in his power to get back as soon as possible,” Stenavich said.

But he also reiterated that the team was going to make sure they didn’t rush Bakhtiari back too quickly. “For me, the NFL season is an extremely long season so the worst thing you can do is rush a guy back and bring him back too soon where he’s not playing at a high level or he hurts himself or anything like that,” Stenavich told reporters. “I think Dave’s got a good plan. I’m not really expecting him back at a certain date or anything like that. I know he’s going to be back as soon as he can be. Watching him work out and do all the things that he’s doing and it’s pretty impressive for a guy who only had surgery five months ago. It’s just kind of be patient with it and let’s get him back as soon as we can.”

Head coach Matt LaFleur also insists the Packers won’t rush Bakhtiari back. “He’s really working hard. I think he came back and is in excellent shape,” LaFleur told reporters. “We’re just going to take it one day at a time. There’s a long way until the start of the season and we’ll see where he’s at when it comes to that time…He’s a guy who loves to push himself and I know he’s chomping at the bit to be out there with his teammates. Sometimes you need to protect these guys form themselves. That’s just the mentality he has, that’s why he is the player he is today. We’re going to be smart about it. We’re going to make sure he feels comfortable and our training staff feels comfortable with where he’s at before we make any decisions like that.”

In Bakhtiari’s absence, Elgton Jenkins got the call at left tackle when he was at OTAs. Then, Ben Braden was getting some reps there this week when Jenkins was not on the field.

Clearly, the Packers are encouraged by Bakhtiari’s progress so far, but training camp is still a little less than two months away and the season opener is more than three months away. There will be bumps along the road for the Packers Pro Bowl left tackle and when he’s available remains to be seen. But one thing is clear, having David Bakhtiari lining up at left tackle helps make the Packers offense one of the best in the league and getting him back will certainly benefit the franchise.