Your Afternoon Dump... Where we look at the potential C's coaches 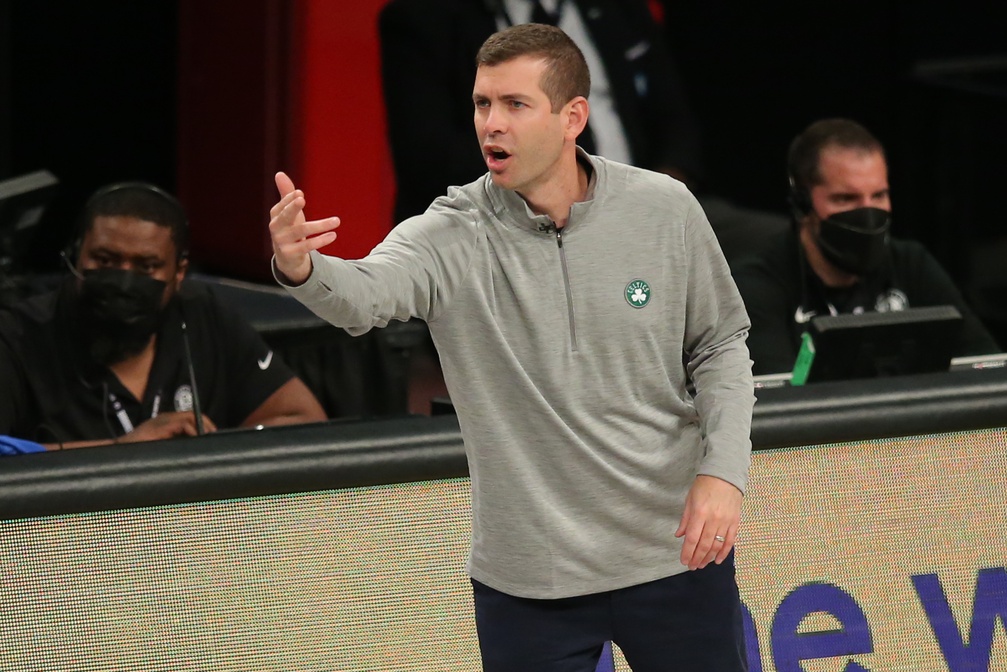 Your Afternoon Dump... Where we look at the potential C's coaches

I gotta be honest here, there’s going to be a lot of tongue-in-cheek stuff here.

Because the team basically shocked the whole NBA with Wednesday’s moves, so I don’t think the next C’s coach is going to be someone who’s gotten a lot of coverage so far.

So let’s start off with the guys I think are the least likely to get hired. Out-of-work NBA coaches:

I have absolutely no idea why C’s fans are enamored with this guy. He has a demonstrated inability to adapt his style of coaching to the players he has, and he hasn’t won anything. But, you know, apart from his unimpressive resume and his unimpressive coaching style, he’s an ideal candidate.

Hey, any time you get a chance to hire a guy who was turfed out by Sacramento, you’ve got to take it, right? Seriously, though. Joerger spent quite a while in South Dakota, so I can’t be too hard on him. But at the same time, this guy had relatively short and contentious shifts at both Sacramento and Memphis, and I just don’t see how that bodes well for a stint in Boston.

I grouped these two guys together because both of them had issues with their players. Kevin Durant apparently didn’t like Atkinson and Pierce and Young were repeatedly at odds with each other. Now I’m a firm believer that catering to player whims is a poor recipe for long-term success. But I also believe that if players are openly agitating for a new coach, then there are things that the coach probably needs to do differently. To the extent that Atkinson and Pierce consider themselves innocent victims of putsches, they are probably not ideal head coach material.

Now we get into the enormous category of ex-players

On the plus side: Originally drafted by the C’s, and he won a championship with a Detroit Pistons team that won because guys knew their roles and executed them exceptionally well. A recent example of the 60’s Celtic ethic, and at least in my opinion, an ideal pattern for the current C’s team.

On the down side, there’s pretty solid evidence that he raped a woman in 1997. Now you can say that was 24 years ago and so forth, but we’re not talking about shoplifting here, or taking a car for a joyride. It very much should matter now, in 2021.

The problem with hiring Sam Cassell is that you never know when he’s going to head back to his home planet.

The idea here would be to hire an ex-PG who was fired by Orlando in order to hopefully replicate the success the team had with Doc Rivers.

About Darvin Ham, John Karalis says this: “he’s among the more respected assistant coaches who has been a big part of the development of the Milwaukee Bucks.” Of course, the Bucks have advanced no farther than the Celtics and, in fact, it could be well argued that for all the frustrations we’ve experienced as C’s fans, Bucks fans should be even more frustrated with the failure of on-court talent to translate into on-court success.

Udoka spent eight seasons on Popovich’s staff, so that’s a plus, or at least it would be if Pop’s assistants had a track record of success elsewhere (hint: they mostly don’t.)

If you hear Kidd’s name mentioned in connection with the Celtics’ head coaching job, it’s only because Kidd is mentioning it… Or his agent. And you can say the same about

Nobody on the C’s wants either of these guys.

Hey, why not? Rivers (1) loves Boston and (2) didn’t want to go through a rebuild. Well, the C’s are still in Boston and they aren’t going through a rebuild. It amazes me that Rivers, who was thinking about retiring back when he left the C’s for the Clippers, outlasted Stevens as a head coach. As my dad said, some guys burn out sooner than others, and apparently Stevens burned out on coaching at this level pretty early. Hey, same thing happened with Bird and Ainge.

I tend to discount the chops of guys who coach at power 5 schools.

Or, rather, I discount the transferability of those skills. I think that success in the highest levels of college basketball hinges on your ability to cheat successfully. And the better you are at cheating the less qualified you are to coach successfully at any other level of the sport. In a realm with fewer rules, the unscrupulous coach has fewer opportunities to put his true skills and abilities to work.

Now I’m not saying that Ewing cheats simply because he’s the coach of the Hoyas. Even if that’s not the case, being able to win a lot of games as part of a program with huge advantages over the rest of college basketball is not necessarily a predictor of success in a realm where the field is much more even and where there are no deep-pocketed boosters.

And in any case, do we really want a guy who played for Pat Riley?

Now this is a hiring that would be most bittersweet for my brother, a fan of the Celtics and Wolverines, and who became a Wolverine fan because of the Fab Five.

Howard’s career as an NBA assistant was exclusively with the Miami Heat, and do we really want a guy who worked for Pat Riley?

Two things about Bennett: (1) He’s basically the Anti-D’Antoni, and (2) I don’t know that his particular style of play would even succeed as well in the NBA as D’Antoni’s. At 52, I don’t know that Bennett has the flexibility—or, given his success at Virginia, the willingness to adapt his style to the NBA game. Virginia’s championship run in 2019 included wins of 53-49 and 63-51.

Then there’s the pool of NBA assistants

However, she put her name in the hat for the Bucks job a few years ago, so she’s apparently willing to consider options elsewhere.

Now the thing that Hammon probably has going for her, at least from my perspective, is that in order for her to get an NBA assistant job as a woman, she has to be pretty damn good. There’s no real reason why there should be a gender gap: If you know hoop, you know hoop. But the reality is that there is one, and you have to outshine male peers to get the same job. So I think she’s more qualified than your typical assistant head coach out there.

But ‘more qualified’ does not necessarily mean the best fit for the job. The concerns I have with Hammon are the same as I’ve got with any assistant coach. How well will they handle the transition to the hot seat?

He’s done wonders with Mike Malone at Denver (and Mike Malone has more or less demonstrated that getting fired by Sacramento should not be considered as a fair evaluation of your ability as a coach, so maybe I should take back my dig at Dave Joerger).

But again, how well prepared is he for being *the* guy?

And, in a class all by herself:

Kara Lawson has drawn early buzz in the coaching search, which, given how tight-lipped the Celtics organization is, means absolutely nothing.

She left such an impression on the C’s that Brad Stevens actually put on a Duke t-shirt to cheer her on. Of course, Duke nixed their women’s basketball season after four games, so she hasn’t exactly had much of a career as a college basketball coach.

She only spent one year as an assistant coach with the C’s, so of all the names we’ve gone through so far, she has the least experience. But she seems to have an ‘it’ factor–or at the very least, she’s a good interview, because she got the Duke job—which is a pretty solid gig—despite having almost no experience coaching.

But the real dark horse isn’t Lawson, whom everyone seems to be talking about. It’s this guy:

Ainge coached Phoenix for three seasons and change, and wasn’t too bad at it. He resigned abruptly in 1999 saying that he needed to spend more time with his family, but now that he and Michelle are empty nesters, that excuse isn’t there anymore. What with having two heart attacks as a GM, Ainge is probably anxious to get back to the low stress world of NBA coaching…

The Athletic: Next Celtics coach? What happens to front office under Brad Stevens? Here’s what we know

Boston Sports Journal: Who will Brad Stevens hire as the new Celtics head coach? Here’s an extensive look at his options | A look back