Mark Scheifele's suspension to have an impact in Jets/Canadiens series 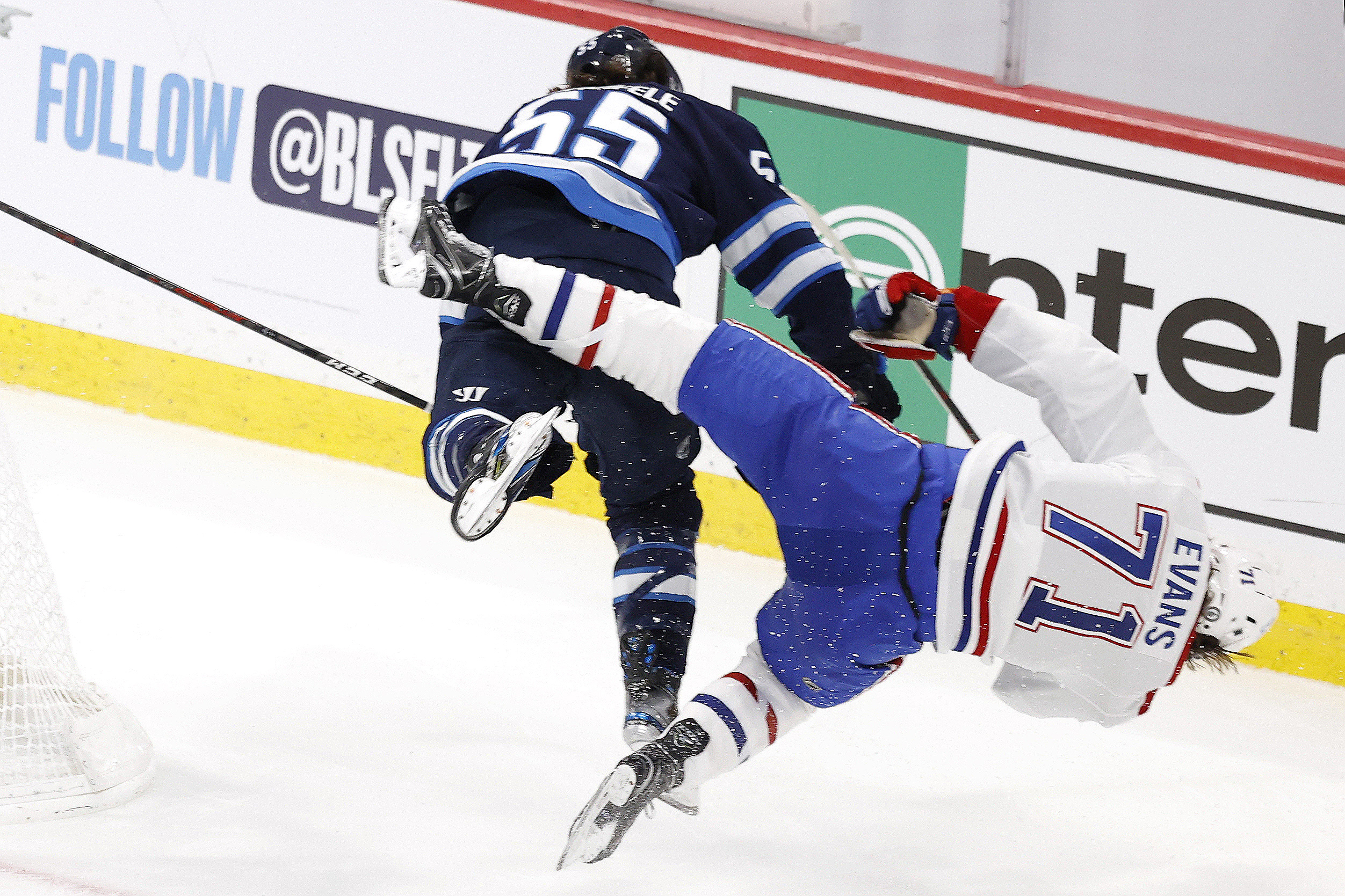 Mark Scheifele's suspension to have an impact in Jets/Canadiens series

In game one of the North Division Final between the Montreal Canadiens and Winnipeg Jets on Wednesday, the most memorable moment came in the final minute when Jets center Mark Scheifele delivered a hard hit on Canadiens center Jake Evans as Evans was scoring a goal into an empty net. We know the hit by Scheifele on Evans was huge, but the question remains, was it a clean hit that was necessary at that moment as Scheifele was trying to prevent a goal being scored or was it a vicious hit that required a definite suspension because it was a hit to the head which knocked out Evans cold?

The decision was made to suspend Scheifele four games, as Evans is out with a concussion. As a result, the entire complexion of the series has altered because it is clear from game two, Scheifele has a huge impact when it comes to the Jets offense. On Friday, a 1-0 Montreal win, the Jets offense was clearly stagnant, as they were unable to beat Canadiens goaltender Carey Price.

In the 5-3 Montreal win from game one,  Scheifele received a five minute charging penalty and a 10 minute misconduct. Those 15 minutes in penalties followed a two minute minor for roughing by Scheifele earlier in the third period for 17 penalty minutes overall in the game. One must realize, that Scheifele did not have to serve the full five minutes in the penalty box for the charge because it happened in the final minute of the game. Interestingly, Evans took a two minute minor for elbowing in the first period himself.

As the series evolves, players such as Blake Wheeler, Nikolaj Ehlers, Paul Stastny, Kyle Connor and Pierre-Luc Dubois will need to step up, and not only get the puck by Price, but the Canadiens underrated defense led by their captain Shea Weber as well. The Jets are now in a hole, something they did not experience in the first round against the Edmonton Oilers, and will need to find a way to get back into the series for games three, four and five without an integral member of their offensive group.