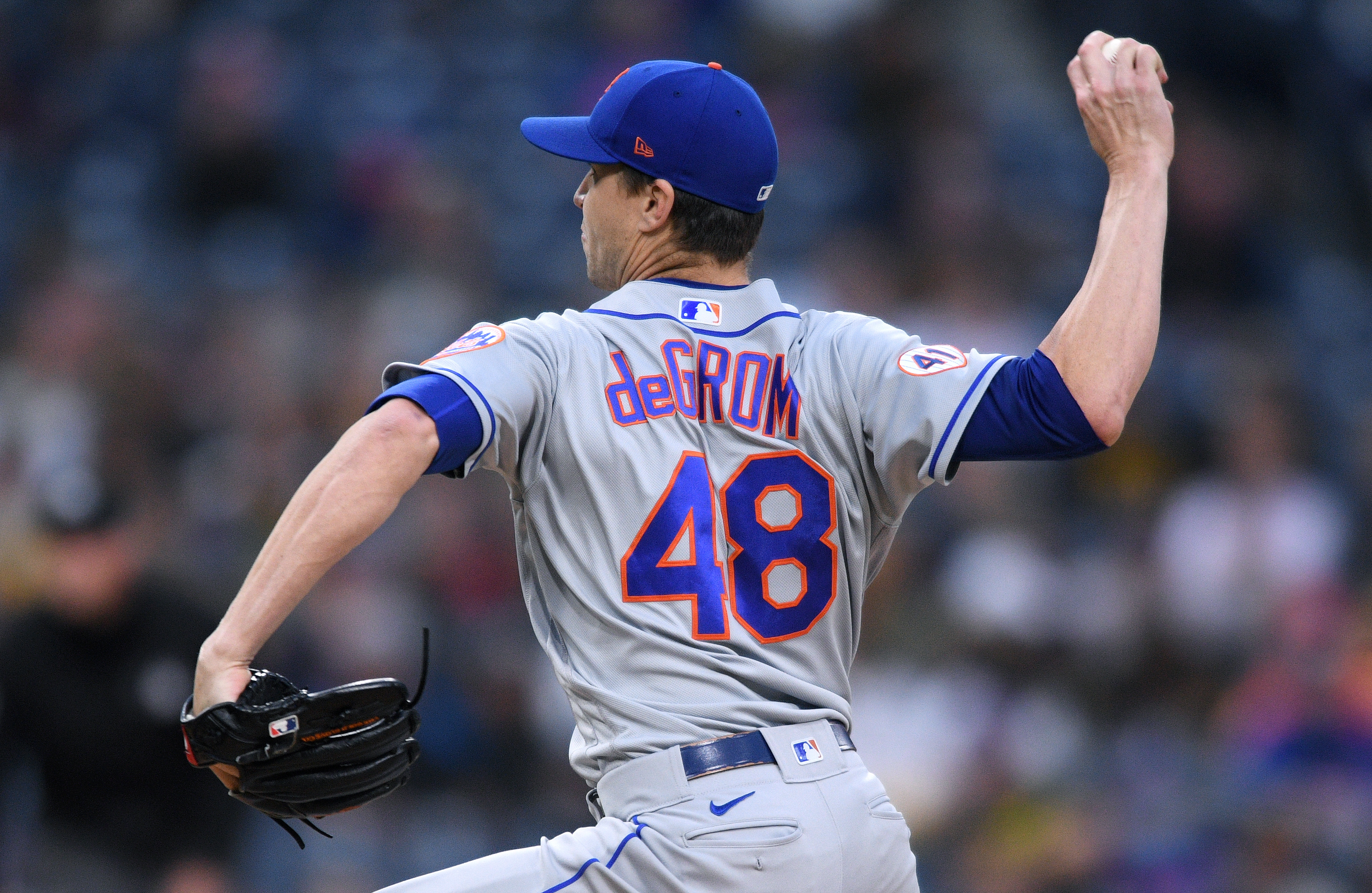 This was the best pitching matchup of the series. The best pitcher on the planet vs. the guy who threw the first no-hitter in Padres history.

deGrom’s only bit of trouble came in tehe 4th inning, and it wasn’t entirely his fault. Fernando Tatis Jr. grounded into what should have been an inning ending double play, but Francisco Lindor booted the tailor made grounder. (Just as an aside: If that were Derek Jeter that hit that baseball, he would have gotten credit for putting a special spin on that ball which made it impossible for Lindor to field. Yes, this actually happened during Jeter’s career.) Then after an Eric Hosmer single loaded the bases, deGrom had to deal with Wil Myers, and struck him out easily on four pitches for the second out.

Then, Tucupita Marcano, aka the guy I’m convinced will hurt the Mets this weekend on name alone, came up with the bases loaded. deGrom led off with a slider out of the zone, and then two four seam fastballs that Marcano fouled off. Then deGrom went back to the slider, doubled up on it, and Marcano laid off on both pitches. This is when I’m thinking “well go to the fastball because there’s no way Tucupita can catch up to it. But Ron Darling showed us why it helps to have a former pitcher in the booth instead of me.

He put forth a question, and I’ll paraphrase: “Do you trust that Marcano is going to lay off a third straight slider and go back to the fastball? Or do you sense that this is a young player who is going to want ot make contact on a 3-2 pitch with the bases loaded?” Ronnie first guessed the question for us and said that he’d go back to the slider, thinking right along with Jacob, who of course is playing Tom Clancy’s Rainbow Si: Siege while I’m playing tic-tac-toe. deGrom threw the slider, Tucupita Marcano couldn’t lay off a third straight slider and the inning was over. 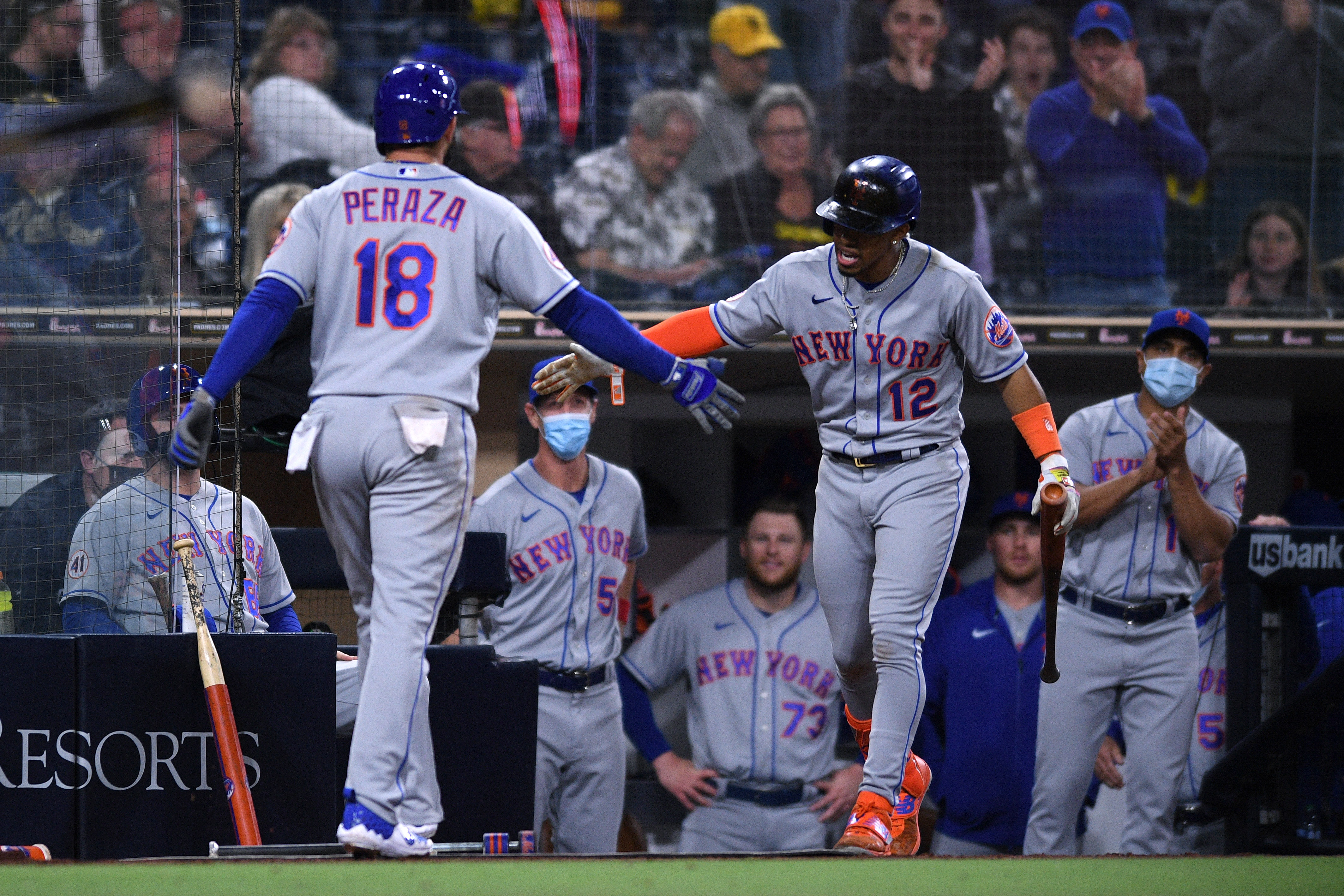 In the very next inning, the Mets got to the other half of the matchup. Joe Musgrove threw a helicopter to Jose Peraza, who smacked it out of Petco to give the Mets a 1-0 lead. Two batters later. Francisco Lindor got himself another helicopter and topspinned the ball out to right for a 2-0 lead. That deflated the Padres enough for the rest of the game as deGrom went seven scoreless to bring his ERA to 0.62. Two things to note about that ERA:

The Illars rounded out the scoring as Jonathan Villar drove home a run in the 6th with a pinch single, and Kevin Pillar singled home a run in the 9th for a welcome insurance run. Seth Lugo and Edwin Diaz finished the game off to give the Mets a 4-0 victory. Marcus Stroman goes against Chris Paddack on Sunday with a chance to actually get a split which, in San Diego, is a win.

As for deGrom, he now has nine straight starts where he has given up one run or less. That’s amazing in itself, but consider that Kevin Gausman extended his streak to nine straight starts while only given up one run or less, and Gausman’s ERA is 1.27. While that ERA is insanely great, deGrom’s ERA is less than half of that. Once again, it’s June. And deGrom is a starting pitcher. Seeing the Mets play in San Diego reminds me that I hope we never see deGrom in any other uniform. It would really be like the five minutes Johnny Unitas was a San Diego Charger.