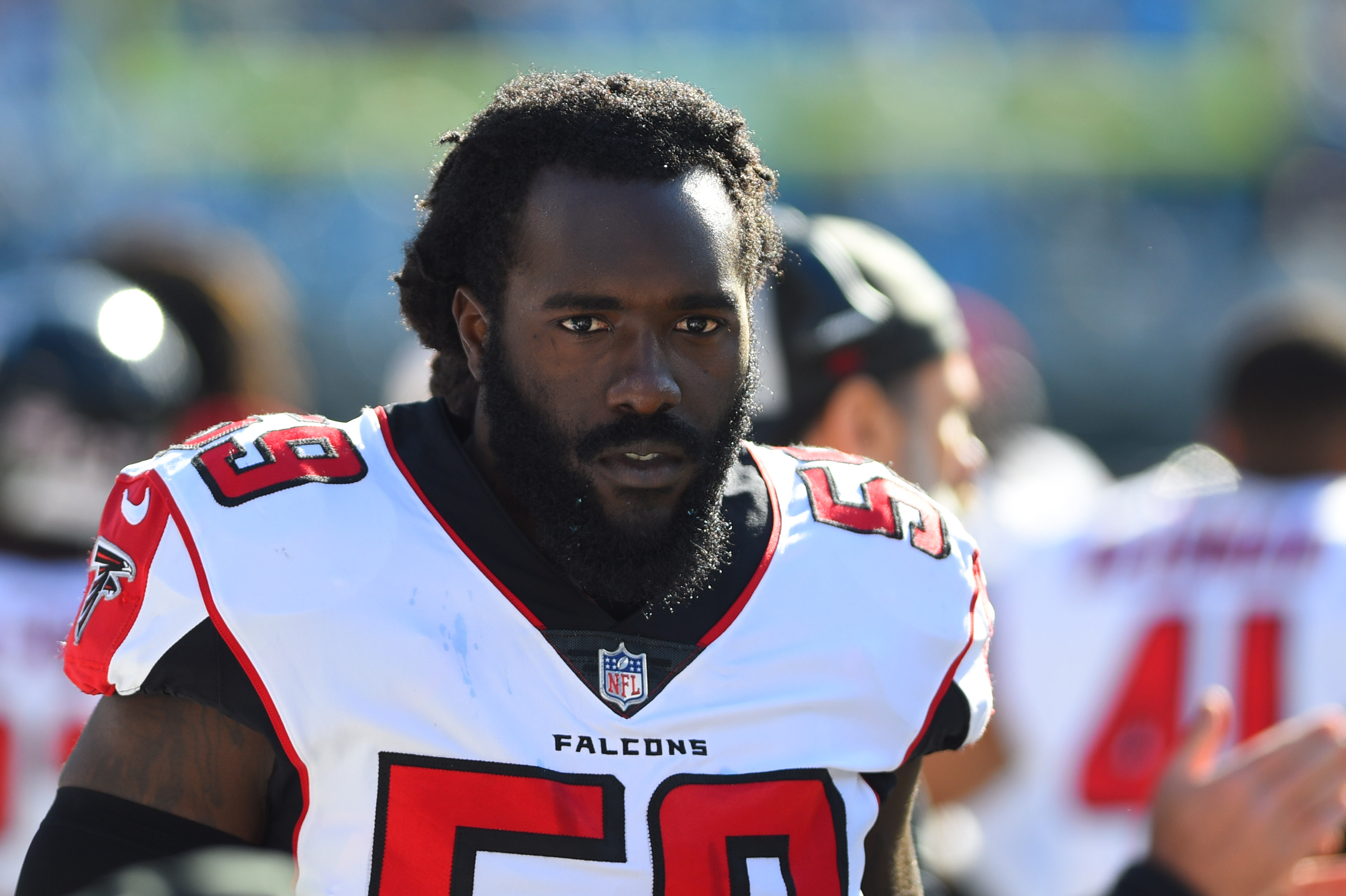 The Green Bay Packers announced they will be signing linebacker De’Vondre Campbell as a free agent. Campbell is designed to give the Packers some experience at the inside linebacker position. Assuming he passes his physical, Campbell will join Krys Barnes, Kamal Martin, Oren Burks and Ty Summers as the primary competition for work inside.

Here is a look at 10 things you may not know about the newest Packers player, De’Vondre Campbell:

Campbell was selected by the Atlanta Falcons in the fourth round of the 2016 NFL Draft out of Minnesota.

He played three seasons with the Golden Gophers and made four sacks, one interception and forced three fumbles in his final season there.

Campbell grew up in Fort Myers, Florida. In his junior year, he was running the 200 meter dash for his high school track team. One of Campbell’s opponents in the race was future Kansas City Chiefs receiver Sammy Watkins. The two ran an extremely close race with Watkins being declared the winner by officials.

At the combine in 2016, Campbell ran a 4.58 40-yard dash. He has the speed necessary to drop into coverage and stay with tight ends and running backs.

Campbell never forgot where he came from. He still hosts a free football camp for kids every summer at his old high school. 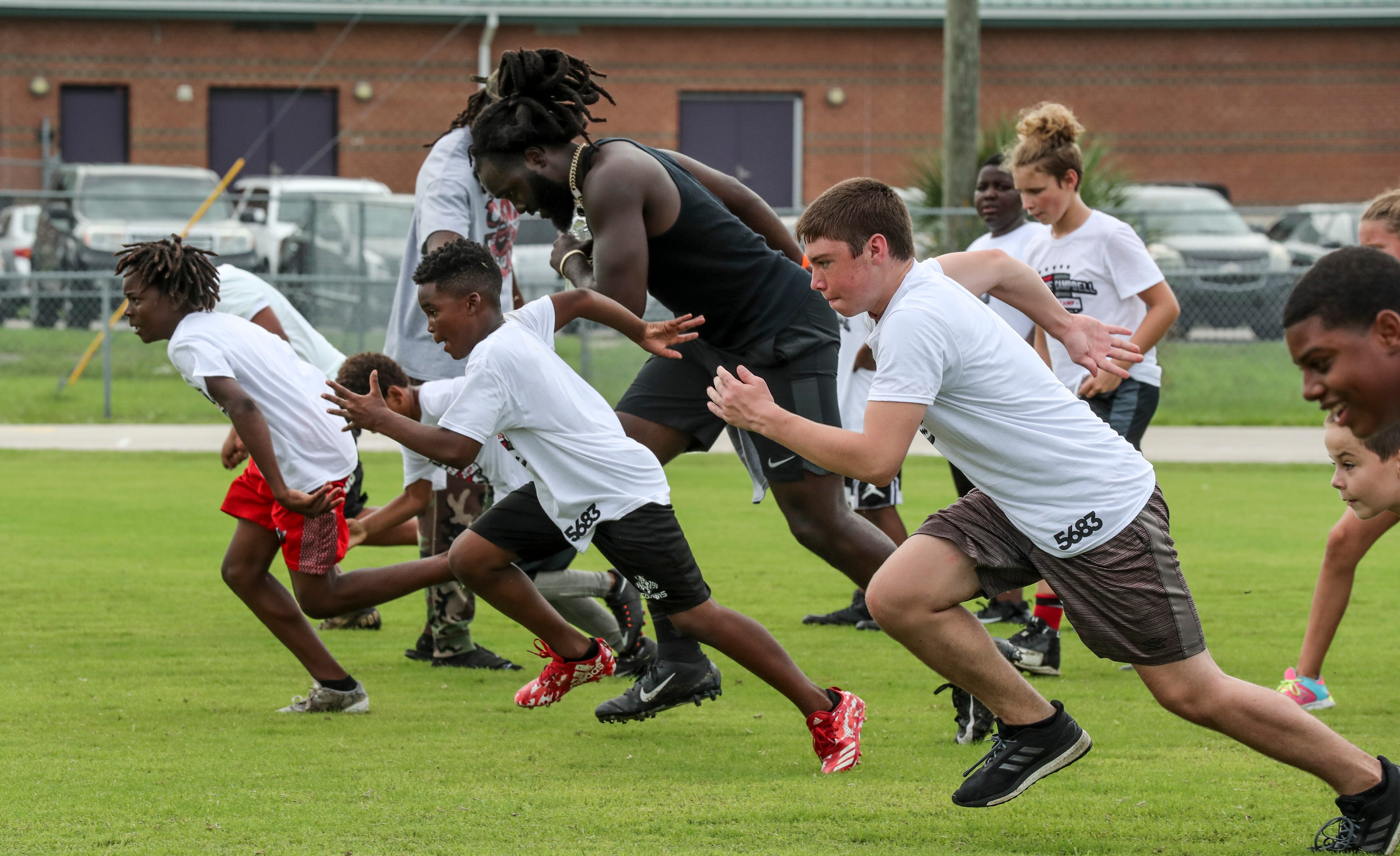 “I didn’t have (a camp) when I was younger,” Campbell explained. “I didn’t have NFL players or guys who were successful that were from my community to come back and show me ‘this is what it takes’ or this is what life can be like.’ You don’t [have to] be in the streets. A lot of the kids think they don’t have a choice. They don’t think they have anything to do. That was just my opportunity to give back. Give them a day where they can have fun, come out compete and enjoy themselves.”

Campbell has a connection with Packers head coach Matt LaFleur. In 2016, Campbell started 10 games as a rookie for the Falcons. The team’s quarterback coach that year was Matt LaFleur, the Packers present head coach.

Campbell was not highly recruited out of high school. He was still considered undersized so no major college program was interested in him. Instead, he attended Hutchinson Community College, a junior college located in Kansas.

He sat out one year before playing there one season and earning a starting job. He made 83 tackles and recorded 3.5 sacks there and managed to get the attention of some big-time college recruiters.

The reason Campbell missed his first season at Hutchinson Community College was that he suffered a serious concussion in training camp after a collision with an offensive lineman.

He was in bed in a dark room for three weeks as a result and had to redshirt because he was unable to remember recent conversations, let alone feel like himself again.

As a rookie with Atlanta, Campbell started in Super Bowl LI against the New England Patriots. He made four tackles in the game. Unfortunately, the Falcons blew a 28-3 lead and lost the game in overtime 34-28.

In his career, Campbell has played in five playoff games and recorded 19 total tackles, a sack and two tackles for loss. His teams have a 3-2 record in those games.

Statistically, Campbell’s best season came with Atlanta in 2019. That year, he had a career high 129 tackles, two sacks, two interceptions, a fumble recovery and six tackles for loss. He was a Pro Bowl alternate that season.

Overall, for his career, Campbell has started 70 games out of 75 games played. He’s played in all 16 games each year of his career except for his rookie season when he played in 11.

Campbell had Lasik surgery prior to the 2017 season. It has helped his vision substantially. Before the procedure, he was unable to clearly read the scoreboard on the football field.

“It’s a tremendous difference. I can notice it, Campbell said after the surgery. “On the scoreboard, I can see everything clearly on it now. That’s how I knew my vision was better.”

Campbell has 7.5 career sacks in his five NFL seasons. He has the speed to drop into coverage and to occasionally blitz the quarterback. He also has good range to stop running plays.

His first NFL sack came in Week 2 of the 2017 season against the Packers in Atlanta. Campbell sacked Rodgers on a 1st and 10 play at the Packers 40 in the second quarter. He corralled Rodgers for an eight-yard loss in Atlanta’s eventual 34-23 win.

Campbell finished the game with eight total tackles and broke up one pass.