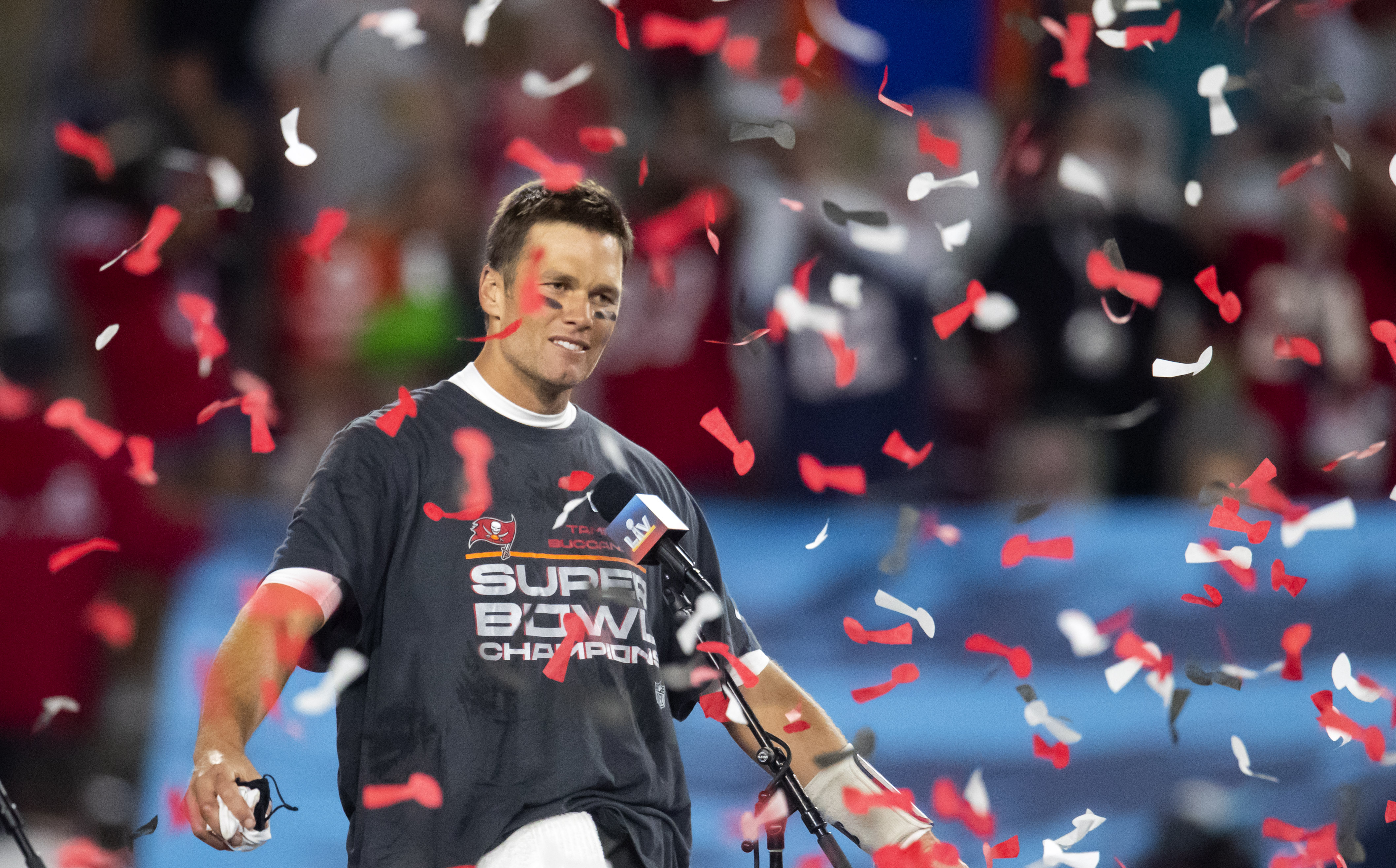 Tom Brady and the Tampa Bay Buccaneers enter the 2021-22 NFL season as the defending Super Bowl champions and after the organisation successfully navigated free agency to retain its entire core group of starters from last season’s championship run, the Buccaneers quite rightly emerge as one of the top two bets to win Super Bowl 56. However, they’re the second best bet after the Kansas City Chiefs who are widely held as the top bet across multiple sportsbooks despite losing 31-9 to Tampa Bay in SBLV.

Of course, winning back-to-back Super Bowls is no mean feat. It’s tough to win one title, never mind two and in consecutive seasons no less. However, ironically, the last player to accomplish the feat was none other than…drumroll… wait for it….Tom Brady. Brady accomplished the feat early in his career with the New England Patriots and in almost two decades with the franchise he won a six Super Bowl titles overall. 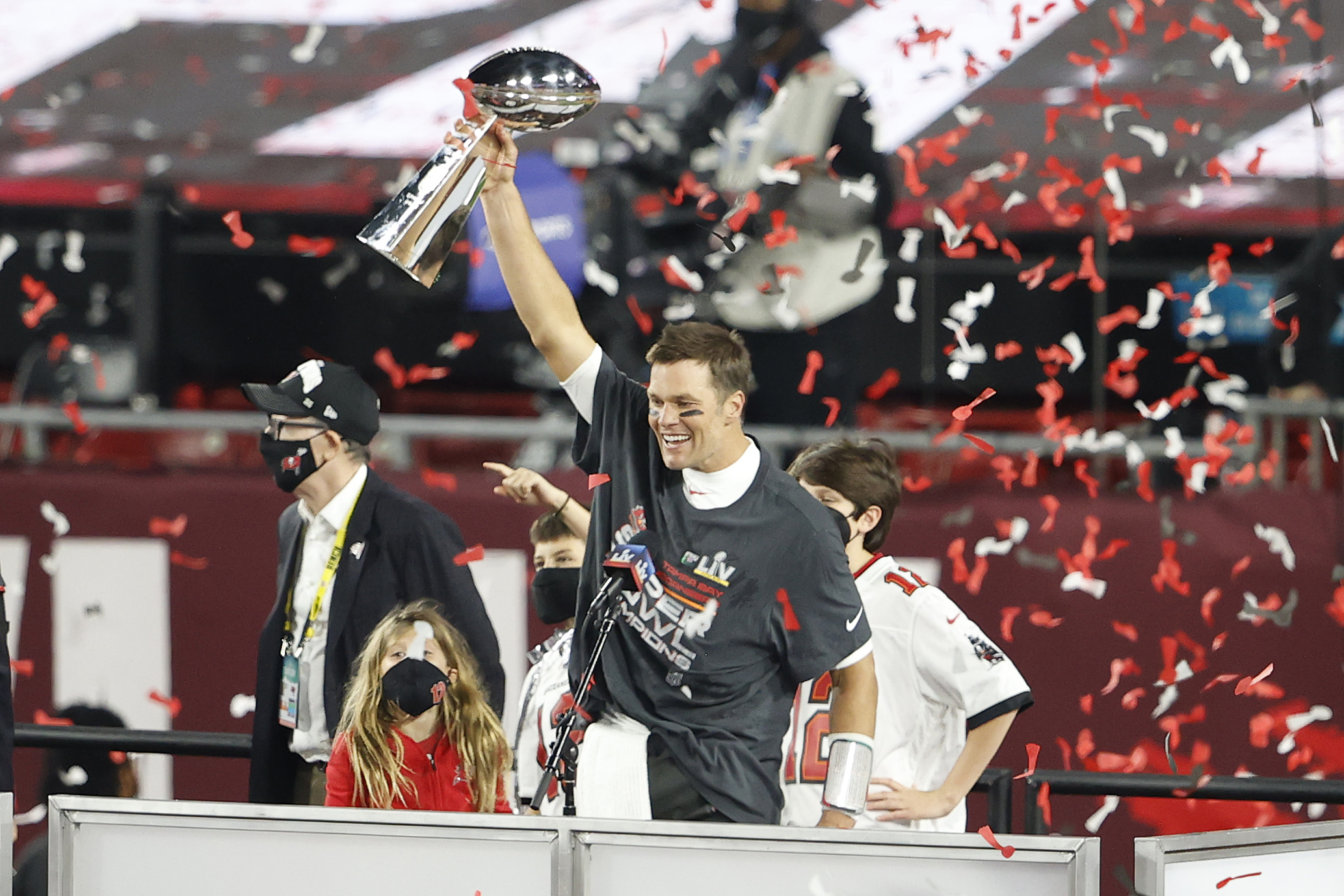 Brady’s last six seasons with New England were some of his best as he led the Patriots to four Super Bowl appearances and won three of those. Additionally, within that period of rich form he also led the Patriots to three straight Super Bowls (SB 51, 52 and 53) and had it not been for the infamous “Philly Special” that delivered the Lombardy Trophy to the Eagles in SBLII, Brady might have pulled off the trifecta by winning all three in a row.

Brady’s championship pedigree therefore is second to none (player, team or franchise) in the NFL and following his seventh Super Bowl  title last season, he’s literally in a league of his own. So long as Brady is 100% fit and the core group of starters that combined for the Buccaneers’ fairy-tale-ending in SBLV at Raymond James Stadium in Tampa Bay are in top form again, there’s every reason to assume that they’ll be serious contenders next season.

Two-time reigning AFC Champions and Super Bowl LIV champions the Kansas City Chiefs are the top bet in the betting and have been amongst the top bets ever since Patrick Mahomes burst onto the scene with a verve and swagger that delivered him the MVP title in 2018. Since his breakout season as the No.1 starter the Chiefs have become a dominant force to reckon with in the AFC, reaching three straight AFC Championship games and two straight Super Bowls.

The moment the young gunslinger took to the field it was obvious for all to see that he was something special. How special he was to become though was beyond anyone’s imagination at the start. It’s not often that a player in his first season rivals legends of the game like Payton Manning and Tom Brady, but that’s the class Mahomes muscled his way into with seeming ease and natural panache. 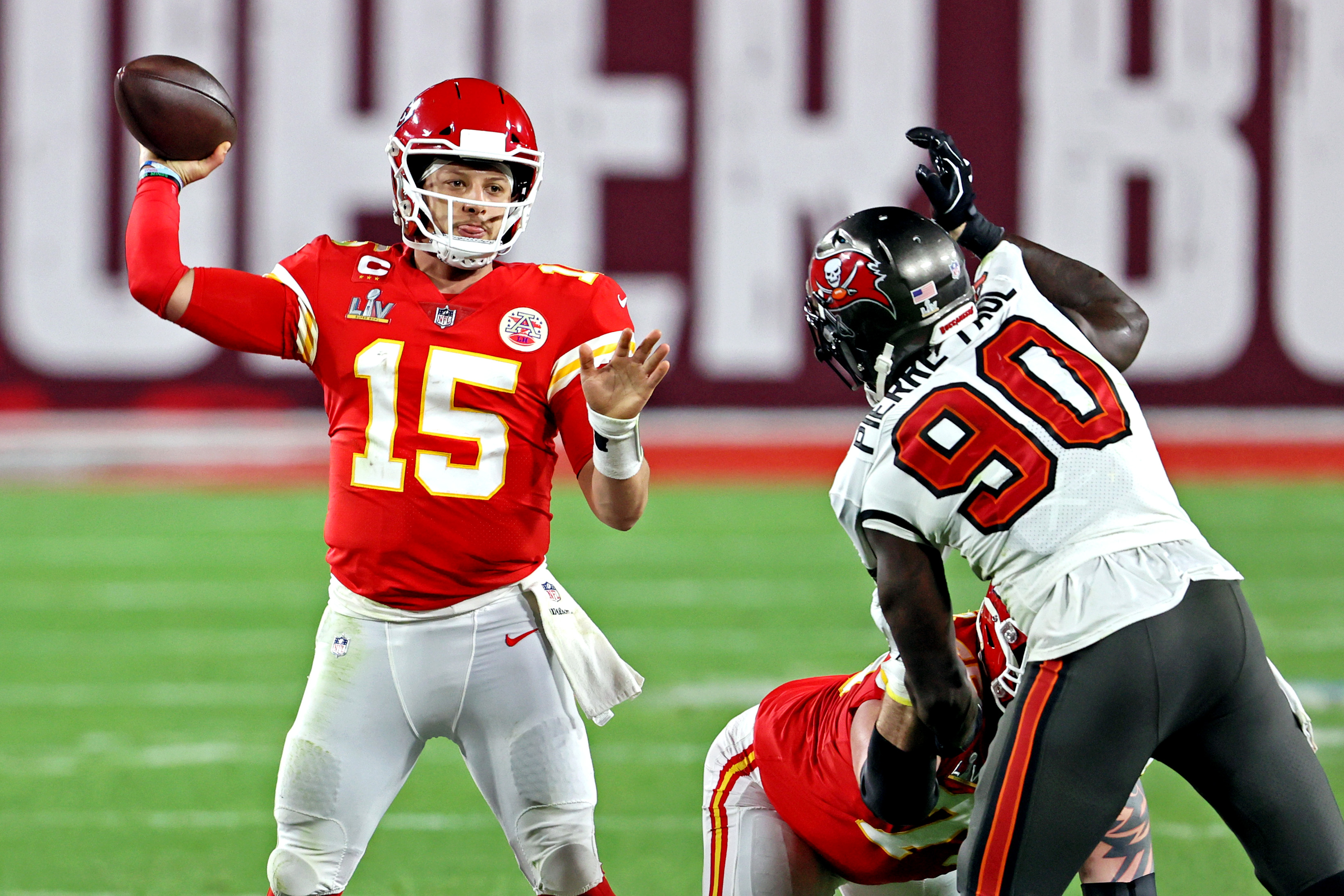 Mahomes’ quarterbacking is stratospheric and belies his short career in the NFL. Simply put, he’s a prodigy and as long as he continues to play at his otherworldly level the Chiefs will remain legitimate contenders. The organisation though deserves a lot of credit too for investing in its prodigal son and surrounding him with the best NFL talent in the market. Tyreek Hill is a stud wideout that leaves the competition in the dust and tight end Travis Kelce is one of the most dynamic players in the league. As a trio, they make for one of the most lethal offenses that practically litter the stats sheet on a weekly basis and make them some of the most popular players to follow in NFL live odds betting on any given NFL Sunday.

Beyond last year’s finalists, the rest of the NFL field is theoretically wide open and it contains a mixture of teams that are either legitimate contenders, pretenders that could punch above their weight class and bona fide  dark horse contenders  that could surprise all and sundry and put together a concentrated run in the playoffs.

To look at some of the so-called contenders, we’ll touch on a few and those are (in no particular order as follows) Buffalo Bills, Baltimore Ravens, Cleveland Browns, Green Bay Packers and Dallas Cowboys, to name a few.

The Green Bay Packers opened as one of the top five contenders for SBLV, however ever since the whole brouhaha between Arron Rodgers and the Packers organisation began their odds dropped noticeably. The aggrieved party in this case is Rodgers, whose patience with the organisation is evidently wearing thin after several bizarre decisions over the last two seasons led the veteran signal caller to question whether the team was all in.

Certainly, it’s understandable how drafting Jordan Love in 2020 and then passing on elite offensive talent two drafts in a row would raise the question whether they are fully committed and behind Rodgers at all. Nevertheless, it’s uncertain how and when or if at all this dispute, if it can be called that, will be resolved in time before the season gets underway.

The uncertainty and disenchantment within Green Bay’s camp doesn’t bode well and therefore the Packers are perhaps best placed on the backburner right now in terms of SBLV betting. Then again, with their odds so tempting right now, a small tickle might be worth it. Just in case the two sides come to a happy agreement or in the event that the sensationalism currently making the media rounds is nothing but media palaver and nothing but a storm in a tea cup. In which case, all may be right in Green Bay after all which would make them a value NFL pick indeed.

Elsewhere,  the Buffalo Bills, Cleveland Browns, Dallas Cowboys and Baltimore Ravens are amongst some of the teams that are highly rated in the betting for SBLVI and in turn popular amongst NFL fans. However, considering all four teams are young and have little experience in the playoffs, they’re chances might be lower than the odds would suggest.

Both the Bills and Browns will be faced with the weight of expectation next season to replicate their banner 2020 campaigns. We’ve yet to see what they’re truly made of and whether they can deliver on high expectations. In the meanwhile, the Cowboys are a big question mark. Mike McCarthy is entering his second year with the franchise but he’s yet to put together a full campaign with Dak Prescott after the Dallas star quarterback suffered a season-ending injury in the first half of last season. It remains to be seen whether this coach-quarterback relationship is any good, never mind whether the team as a whole can play up to the hype and buzz that surrounds them.

Finally, the jury is out on the Ravens. Two years ago, the Ravens enjoyed a breakout season and Lamar Jackson quite deservedly won the MVP that year. However, ever since that impressive campaign, it feels like the Ravens might have plateaued or opponents have simply sussed them out. Most concerning is the fact that Jackson has yet to get the measure of  Mahomes and the Chiefs. Unless the Ravens bring something new to the table or figure out how to beat the top teams in the league, it’s hard to back them with any confidence at this early stage.