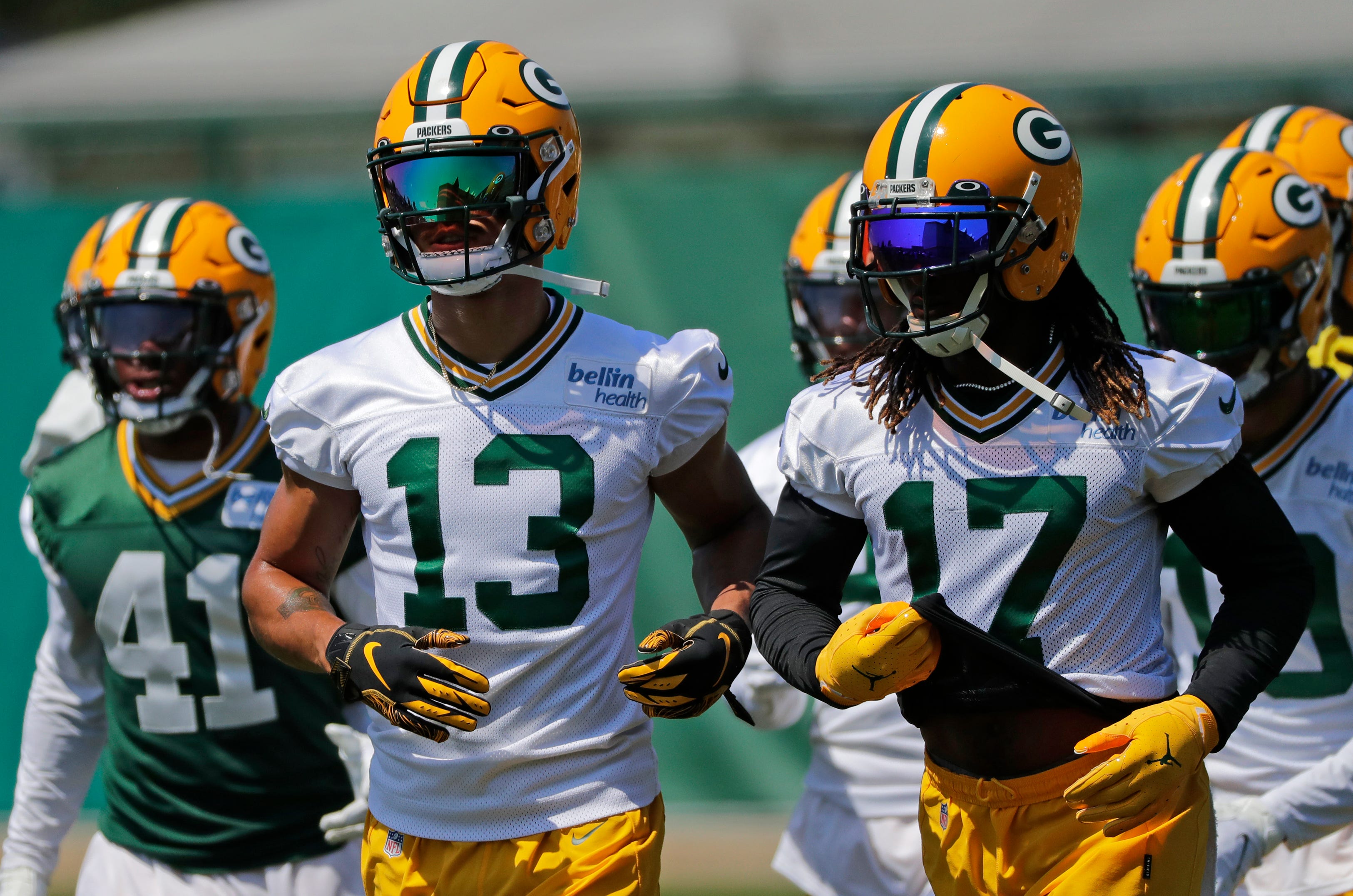 The Green Bay Packers held mandatory OTAs this week and only one player who is under contract did not attend.

While these workouts are held without pads and are noncontact, this is the first time the entire roster is out on the field together and working towards opening day of the 2021 season in New Orleans.

Here is a look at six interesting observations from Packers mandatory OTAs:

The Packers players are doing their best to stay clear of any drama concerning the Aaron Rodgers situation. They seem to be walking a line between their friendship for their starting quarterback and their desire to win a Super Bowl.

On the one hand, the players understand Rodgers’ grievances and they tend to be united and behind other players when they deal with management on the “business side” of football.

However, the players also realize how close the Packers are as a team to winning a Super Bowl and they know that having Rodgers back is a huge key to realizing that potential.

As a result, we’ve seen players like David Bakhtiari and Davante Adams walk that fine line between saying they support Rodgers and wanting Rodgers to return.

Few people are surprised that Rodgers didn’t show up for mandatory OTAs. The big question is whether this fiasco is resolved before training camp starts or if it continues to drag on. Obviously, the longer the rift between Rodgers and the Packers continues, the bigger a distraction it becomes for the players and the organization.

On Tuesday, second-year quarterback Jordan Love struggled during practice and barely completed 50 percent of his passes. He threw too high for some receivers and seemed to be struggling with his accuracy and reads.

But the next day, Love gave a strong performance and led the Packers downfield on some impressive two minute drills.

All of this is to be expected. We still don’t know the full potential Love has as an NFL quarterback. Like any young player, he will have moments where he’s struggling and times when he shows flashes of his full potential.

In the end, we can’t really learn much about a player from non-contact drills held in a June minicamp. We have to wait and see what Love does during training camp and then in the preseason before we can get a better understanding of where he’s at and how much more he has to learn.

One thing we do know is that the second-year man out of Utah State should benefit from the extra reps he’s getting at minicamp because of Rodgers’ absence.

It’s been a long time since wide receiver Devin Funchess stepped onto the football field. The Michigan alum was injured in Week 1 of the 2019 season and missed the rest of the year, then opted out of the 2020 season because of family concerns during the pandemic.

Funchess attended mandatory OTAs and got some positive reviews from head coach Matt LaFleur on his early performance.

Funchess adds size and depth to the Packers receiving corps. If he can return to his form of 2017 or even 2018, he could be a solid addition to the offense this season.

Four Packers players did not attend the start of mandatory OTAs due to Covid-19 protocols. They are Preston Smith, Za’Darius Smith, Dean Lowry and Elgton Jenkins. No further details have been made available about the specific circumstances surrounding their absence.

Those players were all at voluntary OTAs earlier in the offseason.

By Wednesday, Za’Darius Smith was removed from the Covid protocol while the other three remained in it.

Hopefully, none of the players will be held out of training camp because of this situation.

During OTAs, the Packers officially signed linebacker De’Vondre Campbell. He spent last year with the Arizona Cardinals after spending his first four NFL seasons with the Atlanta Falcons.

Campbell has been a starter for all five seasons of his NFL career. While he has never made the Pro Bowl, he is a consistent and solid starting-caliber linebacker who will compete for playing time with second-year men Krys Barnes and Kamal Martin.

Campbell will provide the Packers with some much-needed depth and experience at what may have been their weakest position.

The Packers organization announced that fans will return in 2021. The team will allow fans to attend training camp and Lambeau Field will be at full capacity for games this season.

In addition, the shareholders meeting will be held in person at Lambeau Field on July 26. It will also be livestreamed for those who cannot attend in person.

Family Night is scheduled for August 7 and will be held with fans in attendance after it was postponed last year due to the pandemic.

Tailgating and stadium tours will also be resuming in time for the 2021 season.

All of this is good news as Green Bay and the country start to return to normalcy after a difficult and frightening year.