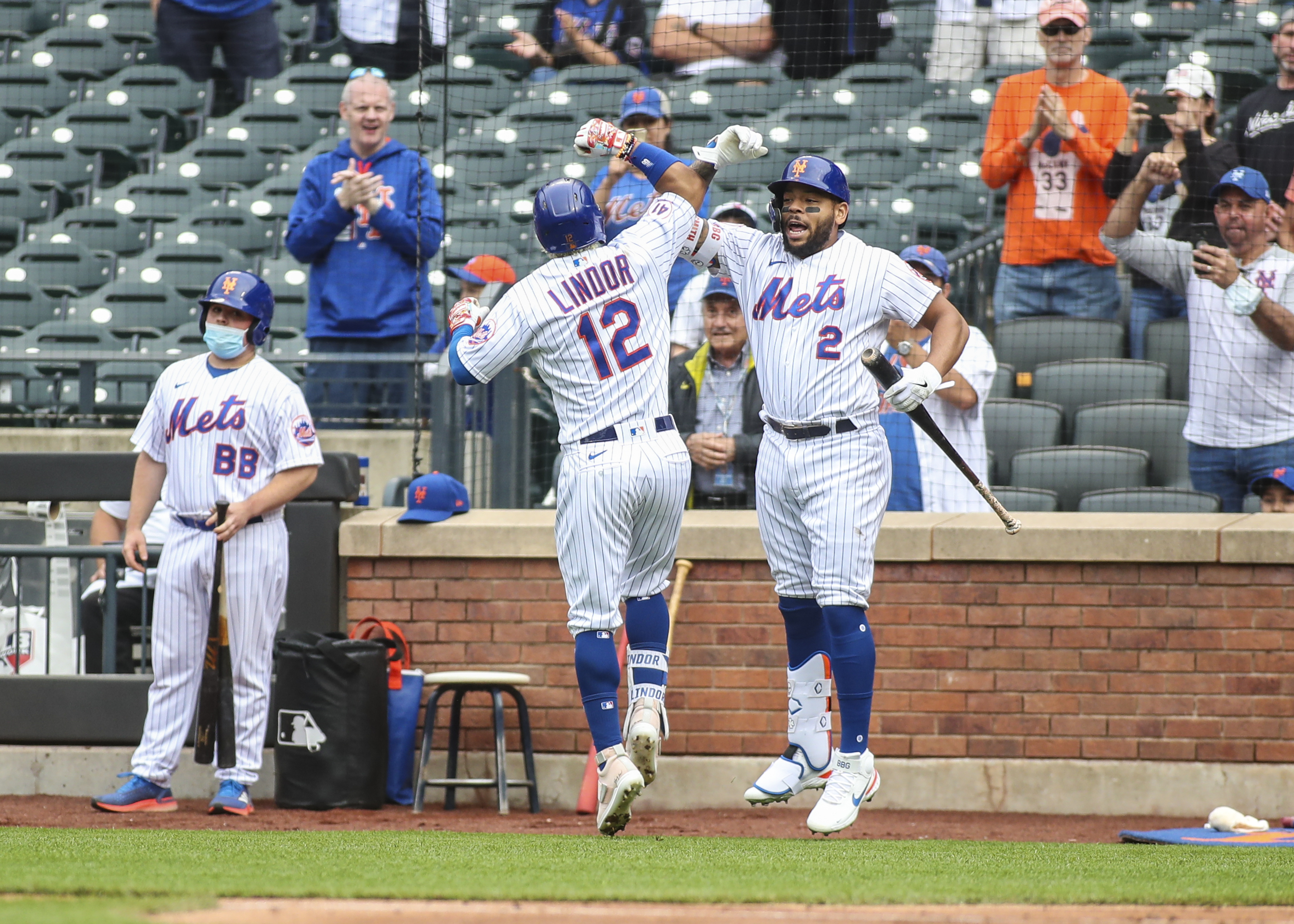 The Mets have a new reward for their player of the game. Marcus Stroman won it today. pic.twitter.com/27pEefZOep

Okay look, I wish the new championship belt was a little more personalized like the “swag chain” that the Padres have. Lord knows that Steve Cohen has enough money to get one crafted, and probably more since yesterday because it was his birthday and people probaby gifted him more money. I mean, this is a $20 purchase on Amazon. What are we, owned by the Wilpons?

In all seriousness, whatever piece of championship memorabilia the Mets want to pass around after victories, Marcus Stroman earned it on Saturday, giving up just a home run to Fernando Tatis Jr. in six and a third, striking out eight and giving up six hits and a walk while making Francisco Lindor’s two run HR in the first stand up for a 4-1 victory over San Diego, clinching the season series against them with one more to go.

Give all credit to the bullpen as well, as Aaron Loup got Stroman out of his minor trouble in the 7th, Seth Lugo struck out the side in the 8th, and Edwin Diaz quietly shut San Diego down in the ninth. One thing though: I feel like the bullpen needs their own award. It’s going to be tough for somebody pitching a scoreless 8th to overtake a guy pitching six innings plus for the win, or somebody who hits a couple of dingers while throwing out conspiracy theories about baseballs. 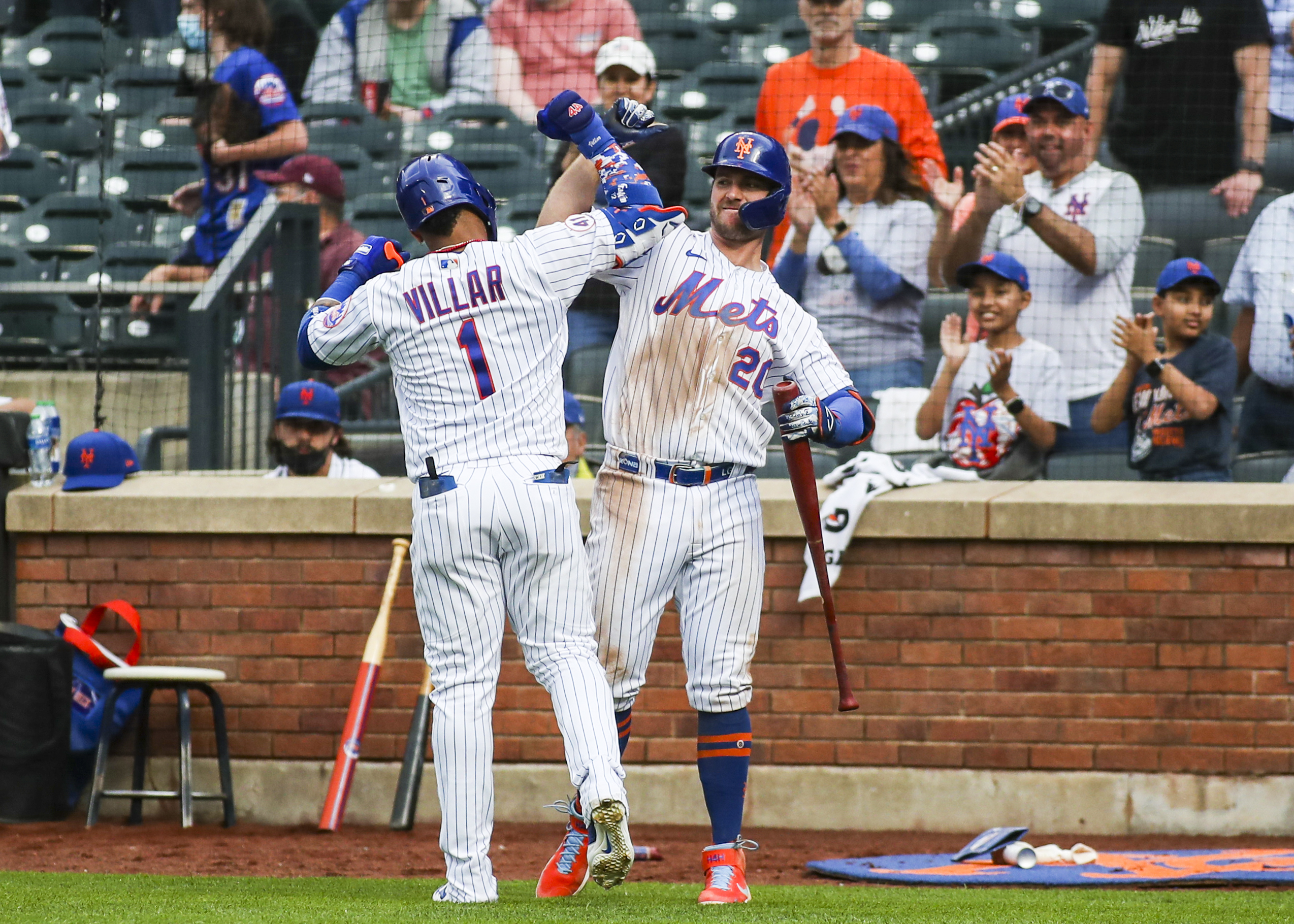 Also, loved Jonathan Villar’s insurance home run in the 8th. You know, the one where he told the dugout to be quiet on the way around first base? That one! Villar really has little to do with Darryl Strawberry, but he has that Strawberry attitude to him. He gets large hits, he has that uppercut swing to him, and hits majestic home runs like the one he hit today in the Soft Drink Section. Luis Rojas will have some very interesting decisions to make when J.D. Davis makes his way back. Villar has been glue, and his numbers aren’t half bad. But Davis’ bat plays, and the Mets can always use offense. Plus, you also have to get this guy in the lineup:

Then there was this, that didn’t count …

This play should've counted as an out just for Guillorme's effort. pic.twitter.com/hoQnPScPK2

Here’s how much that last play impressed me: I usually don’t care about plays that don’t amount to an out, or a goal, or a basket. Hit a half court shot after the buzzer? Insane goal called back because of an offside? A 98 yard run where you break 75 tackles but there was an offside call? Who cares. But this play, on Luis Guillorme’s first game back, was damn impressive. And I’m glad video of is was tweeted for posterity.

I was at this game. It was, I believe, July 5th of ’86. This play was on every highlight reel from them until now. I swear to you that Keith, in this same game, made a play that was better than this one, but he just missed getting the out. So it doesn’t exist anywhere. That’s what the Guillorme play reminded me of. I’m glad it will live somewhere.

I took you to the wrong exit on the interstate to illustrate that the Mets will have some very good problems to deal with coming up. Guillorme is back, Jeff McNeil is ahead of schedule, and others are on their way. I just hope that Rojas doesn’t mess this up somehow.

Speaking on living forever for posterity, I somehow missed this from last night:

Padres bat boy knocks over the bucket of balls as Jonathan Villar was trying to field a pop up in that exact spot pic.twitter.com/bFPUhxcDq0

(You realize though, that if this happened between 2003-2020, Villar would have been out for three months slipping on one of the baseballs and having his head stuck in the bucket somehow. Could karma be really be on our side this entire season???)