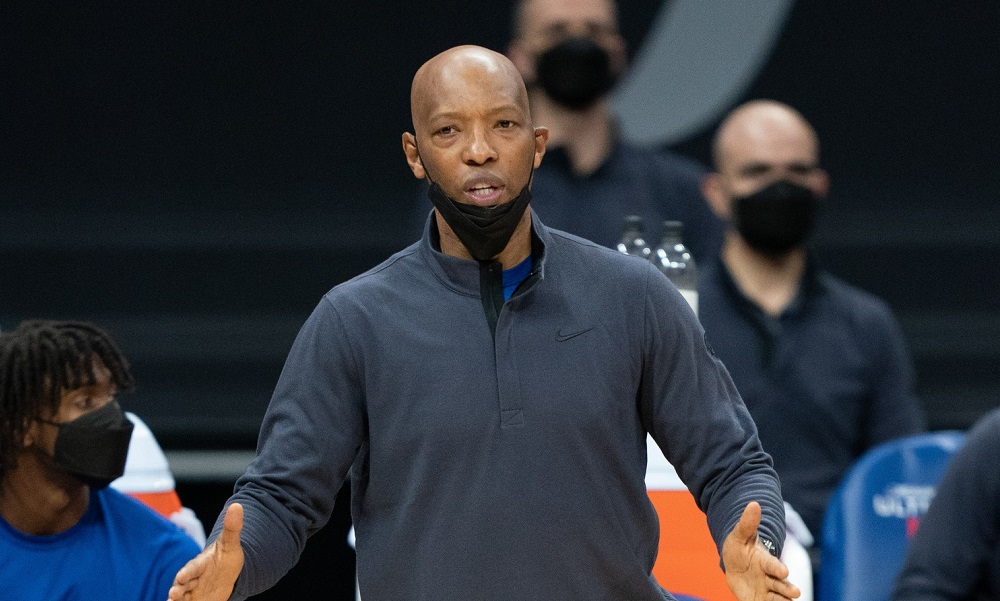 Maxwell believes the most important job for the next coach will be connecting with the Celtics’ younger players. He thinks the team would benefit from hiring a person of color with NBA playing experience to coach.

“I think it’s important because if you look at the Celtics front office, if you look at most of those people who are there, who have been in the front office, ownership, everything else, those people aren’t of color,” said Maxwell, now a Celtics radio analyst. “So I think it would help the players if they found somebody who they could relate to maybe a little bit more. So that’s why I think it’s very important.”

The Athletic: What should Celtics look for in new head coach? Cedric Maxwell weighs in on search and a hope for more diversity

Cedric Maxwell has been around the Celtics and the NBA since 1977, playing eight of his 11 NBA seasons in Boston. He won two rings and was the MVP of the 1981 Finals. His number 31 is retired to the Garden rafters. Max has been a commentator on Celtics radio broadcasts since 2001. He’s a distinguished member of the Celtics family and his words carry significant weight in and around the organization.

With so many of the Celtics’ core being young and black, Max makes an especially important point about hiring a former player of color. During their time in Boston, Tatum, Brown, Smart and Rob Williams have had only Brad Stevens as their head coach.

Brad is a caring, thoughtful person who does everything in his power to guide these young men through the NBA’s pressurized environment. But while Brad has done his best to understand their needs, he can never fully comprehend what it’s like to play professional basketball, or to be pulled over in his car by police, as a young black man in America.

Let’s be clear about the Celtics’ credentials in race relations: they’ve been ground-breakers. In their 75-year history, the Celtics have had 17 head coaches; five were black: Bill Russell (the first black head coach in any major sport and the only black HC to win consecutive NBA titles), Tom Sanders, K.C. Jones (two rings), M.L. Carr and Doc Rivers (one ring).

By contrast, the Lakers have had four black head coaches out of 27 hires in 73 seasons, and only one of them was in the job for at least one full 82-game season (Byron Scott, 2014-16). This is basically the opposite of what Twitter trolls would like you to believe, so it’s important to point out the Celtics’ success being led by coaches of color.

Here’s more from Cedric on why this is the right time to add to that history.

Maxwell believes recent events have only amplified the importance of finding a Black voice to guide the Celtics locker room now. Several Celtics players, including Jaylen Brown, Jayson Tatum and Marcus Smart, have been outspoken over the last year-plus about the need for social justice progress. Stevens, who rarely opened up about hot-button issues before, has regularly spoken out on issues of racial equality, but Maxwell thinks players might identify more with a Black head coach.

“Let’s look at what has happened here in the last year or so,” Maxwell said. “You think about a Jaylen Brown, you think about a Tatum, all these people were involved in Black Lives Matter. So yeah, (it matters) even more so now than maybe years before about having people they can relate to. And sometimes it’s just great when you look at a person and that person looks kind of like you, and sometimes you feel like he might know your struggles a little bit more. And I’m not saying that Brad was the wrong way or whatever, but I just think the overall (dynamic) just changes when you have a person of color who is behind that in the head coaching job.”

There’s more to finding the right person, however – Brad must do his due diligence to avoid getting the wrong person.

However, there have also been names floated by the press whose character and past have rightfully been called out by local media. Still others are reportedly in the mix with allegations of sexual assault in their past.

It should go without saying that the Celtics will do themselves no favors by hiring a coach whose past is a potential public relations nightmare, and an affront for a substantial part of their fanbase.

Celtics Wire: No red flags, no jumping the line: Getting Boston’s coaching hire right is critical

My view from the start is that the Cs need to hire from outside. Promoting one of Brad’s assistants might lead to more of the same coaching style and results: good but not good enough. A totally new voice is needed. The one candidate who has no baggage and checks off all the boxes is Sam Cassell, who’s pictured at the top of this article. Cassell played 15 seasons, was All-NBA once, and won three titles.

Another former player with Celtics ties, Cassell is now with Rivers in Philadelphia after spending five years as an assistant with the Wizards and another six with Rivers with the Clippers. Cassell has coached teams in summer leagues and has been groomed to lead his own team. He has paid his dues as an assistant, is familiar with the Celtics’ brass after being a member of the 2007-08 title team, and is highly respected around the league. Cassell also has an affable style and personality that is popular with players.

Brad absolutely must choose the right candidate, so here’s some advice to simplify the process. 1. Get Cassell in for an interview. 2. Hire him. Boom, done, move on to planning for the draft and free agency.

For more about the coaching search, check out what Rich Jensen has said here on Red’s Army, and visit these links for the latest reports from Celtics beat writers.

Related – Boston.com: NBA insiders weigh in on Celtics’ coaching candidates and the team’s situation  |  Here are the latest betting odds on who will be the next Celtics head coach

MassLive: Celtics coaching search: Evaluating the pros and cons of Boston’s coach opening compared to the field  |  Could Celtics give Penny Hardaway a look for their coaching job? Former All-Star is drawing interest around NBA

The Athletic: How can Celtics’ next coach get Jayson Tatum, Jaylen Brown to lead the way?

On Page 2: Congrats to Cooz

The city of Worcester next week will honor Boston Celtics legend Bob Cousy with the unveiling of a statue at the DCU Center.

Cousy played college ball at the College of the Holy Cross in Worcester before going on to play with the Celtics. He has also called Worcester home for more than 70 years, officials said. […]

During his retirement, Cousy published an autobiography, was a color analyst for the Celtics, coached the Boston College men’s basketball team for several years and coached in the NBA. In August 2019, he was awarded the Presidential Medal of Freedom.

Cooz, a native of Queens, NY, arrived in Worcester in 1946 to play basketball at Holy Cross. He never left. For several years with the Celtics, he and Tommy Heinsohn (another Holy Cross product and Worcester resident), carpooled into Boston for practices and home games.

In August, Cousy will be 93 years old, and he’s probably the most famous resident Worcester has ever had. Can’t get more statue-worthy than that.

And, finally… These playoffs are different

This season’s playoffs have been a different experience for NBA fans. The familiar teams and faces have all gone fishing. The Celtics, Lakers and Heat are out. There’s no LeBron, no Steph. And the conference championships are guaranteed to feature four teams that haven’t won a title in decades, or ever.

The eight teams currently in the conference semi-finals have combined to win just five titles in their entire history. Whichever Western team makes the NBA Finals will be aiming for its first-ever Larry O’Brien Trophy. That’s how wide open this postseason is. Take a look: