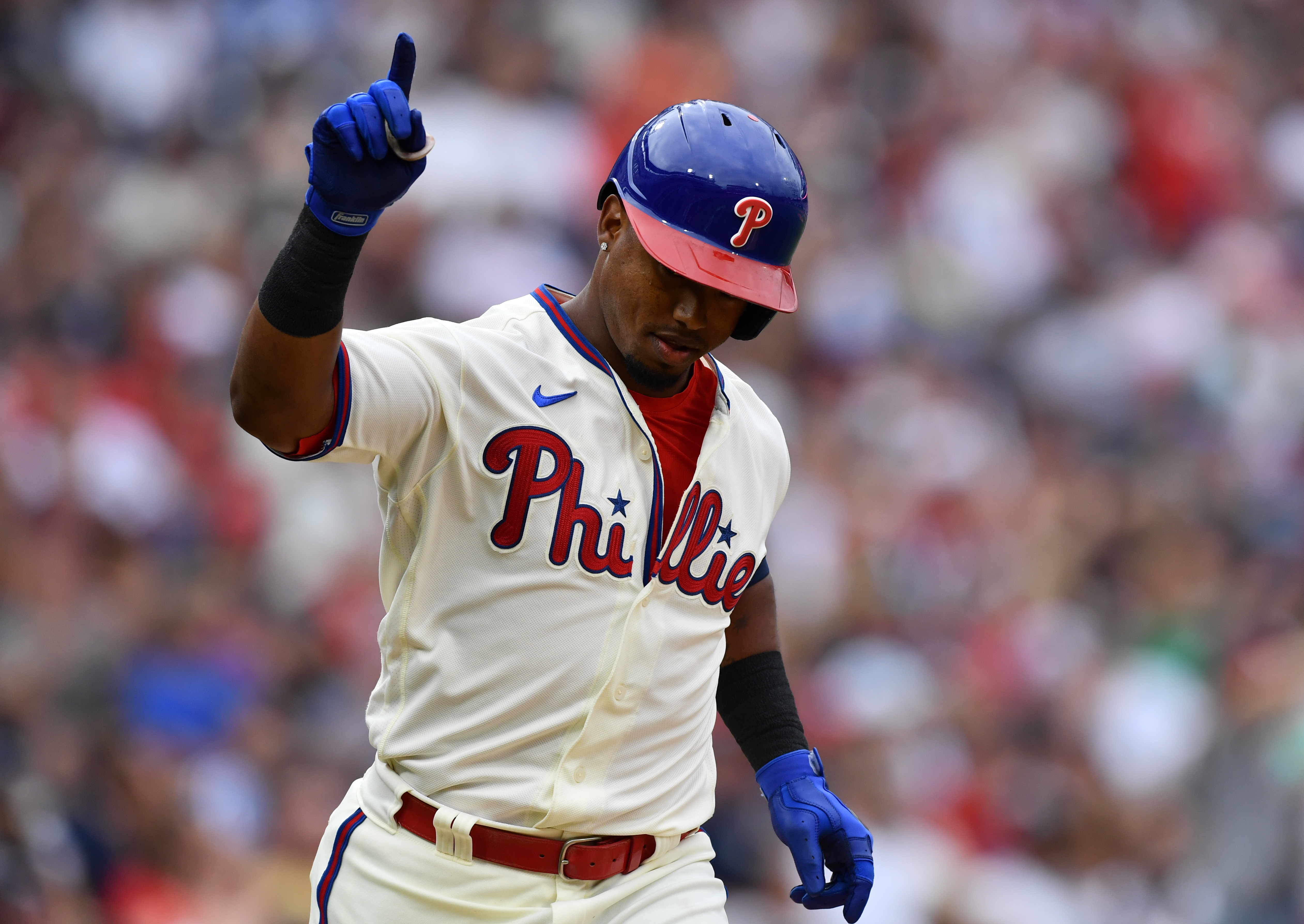 The Philadelphia Phillies won their third consecutive series on Sunday after defeating the New York Yankees 7-0 at Citizens Bank Park. The Phillies have also won four straight games heading into a tough road trip, which starts on Monday night against the Los Angeles Dodgers.

In their victory on Sunday afternoon, the Phillies were led by the dynamic duo of centerfielder Odubel Herrera and second baseman Jean Segura at the top of the batting order. Herrera was 2-for-5 with an RBI at the leadoff spot, while Segura was a sizzling 3-for-4 at the plate with 2 RBI.

Those two players, in particular, have provided a much-needed spark for the Phillies’ offense and put pressure on the opposing team’s pitchers. Segura has recorded a hit in 10 out of Phillies’ last 11 games and is the team’s best hitter this season — slugging .339/.389/.475 with 3 HRs and 20 RBI.

The veteran second baseman also has two walk-off hits this week against the Atlanta Braves and Yankees.

🔥Jean Segura: 1st Phillies player with back to back walk off wins since Juan Samuel in 1985

“I joked with somebody today. I said Segura is the Steph Curry of Major League Baseball. Just as easy as Steph hits a three, it’s just as easy as Seggy gets hits.” – Andrew McCutchen on Jean Segura. pic.twitter.com/47UtBjsb62

It’s been that easy for the veteran second baseman recently at the plate and this season, who is making a great case to be voted in the 2021 MLB All-Star Game.

As for Herrera, he has taken control of the centerfield job after the Phillies lost Roman Quinn to a season-ending injury earlier this month at Tampa Bay. The veteran outfielder is slashing .282/.345/.450 with 4 HRs and 15 RBI this season.

Furthermore, Herrera has recorded a hit in seven out of the last nine games, including five multi-hit games. The 29-year-old outfielder had a tremendous May where he slugged .292/.367/.438 with 2 HRs and 9 RBI in 96 at-bats.

94WIP’s Joe Giglio pointed out on Sunday afternoon that the Phillies are 7-2 and averaging 6.7 runs in their last nine games. The Phils also have a +28 run differential, which could be attributed to Herrera and Segura.

The Phillies are hoping that these two players can continue to set up the table for the offense this week as they prepare to play the Dodgers and San Francisco Giants.