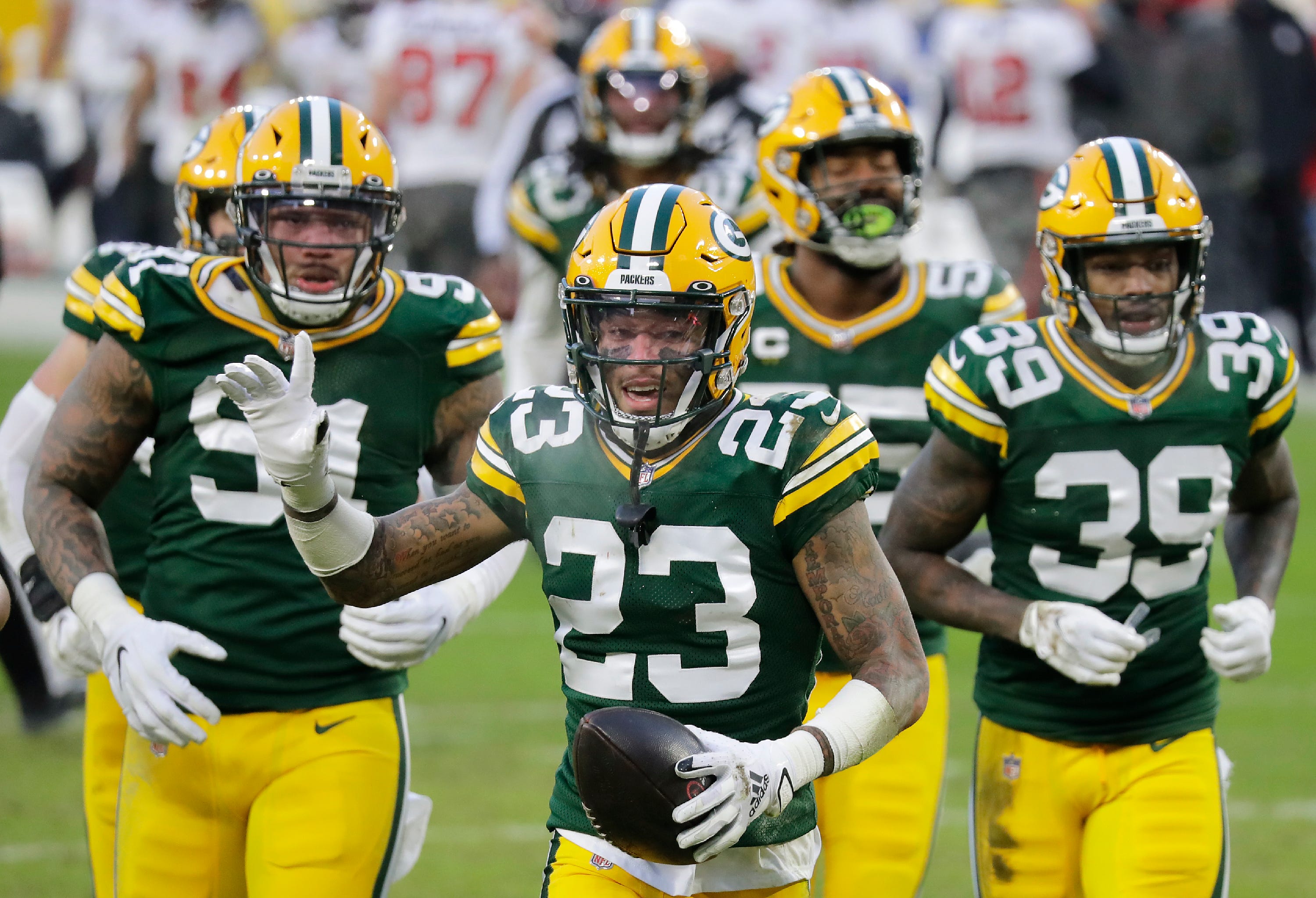 The Green Bay Packers concluded mandatory OTAs last week with nearly all the team’s players in attendance. There is one more week of OTAs to go before the team takes a break before the start of training camp in late July.

Here is a look at the top five position battles we can expect once training camp gets started:

The Packers just signed free agent De’Vondre Campbell to a new deal and Campbell is likely to compete for a starting job. The incumbents are second-year men Krys Barnes and Kamal Martin.

That means there are three players fighting for two starting spots. It is unclear how often the new defense will feature two inside linebackers on the field simultaneously under new defensive coordinator Joe Barry. Under Mike Pettine, there was usually one ILB on the field as the Packers most often played five or six defensive backs.

Expect Campbell to lock down one position with Barnes and Martin left to fight for the other starting spot.

The top two running back spots are locked in with Aaron Jones and A.J. Dillon set to get the bulk of the work. However, the third running back spot is up for grabs. It is not clear whether the Packers will keep three or four running backs on the final roster this year.

Rookie Kylin Hill will be the favorite to capture the RB3 spot. The seventh-round pick out of Mississippi State has made a solid first impression during OTAs although obviously all that work was without pads.

Dexter Williams is back for his third training camp. The key for the former Notre Dame star is to prove he can pass protect and run proper pass patterns. If so, he has a chance to stick with the team on the active roster this year.

First-year man Patrick Taylor is the third candidate for a roster spot at running back. The former Memphis star spent the 2020 season on the non-football injury list and now has another chance to make an impression on the coaching staff.

The top four spots on the roster are likely set. Davante Adams is WR 1 with Allen Lazard and Marquez Valdes-Scantling battling for the WR2 and WR3 spots. Rookie Amari Rodgers will also certainly make the roster.

The main battle if for the remaining one or two receiver spots. Equanimeous St. Brown is back and hopes to stay healthy this year and show he can reach his full potential. Devin Funchess joins the Packers after sitting out 2020 due to the pandemic. He played only one game in 2019 before suffering a broken collarbone so the former Michigan star is returning after a long layoff. His size and experience are his best assets.

Others fighting for roster spots include Juwann Winfree who made a good impression at OTAs, Deandre Thompkins, Malik Taylor, Bailey Gaither, Chris Blair and Reggie Begelton.

We know Jaire Alexander is the team’s best corner and the starter on one side. Kevin King is back and is the favorite to start the season as CB2, although he will face competition from first round pick Eric Stokes who the team is hoping can take over as the starter before the 2021 campaign is over.

After that, Chandon Sullivan and Josh Jackson are among the top returnees battling for roster spots. Jackson is a former second round pick who should fit into the new defense well but has yet to show he can consistently contribute to the defense. Sullivan is hoping to take a step forward after struggling a bit in 2020 when he stepped up to the nickel back spot.

We also don’t know who will take over as the star DB. Many of the cornerbacks are among the favorites including Alexander and Stokes.

We know the Packers will have a new starting center with Corey Linsley now a member of the Chargers. We also know David Bakhtiari is still rehabbing his injured knee and may not be ready for the start of the season.

Second-round pick Josh Myers is the favorite to start at center with Elgton Jenkins, Lucas Patrick and Jake Hanson also possibilities there.

Billy Turner is the expected starter at right tackle although he may move to left tackle until Bakhtiari is ready to return. Yosh Nijman is also battling for a spot at tackle and will have to show he can at least be the swing tackle if he hopes to make the roster this season.

The Packers value versatility so many of the players are competing for multiple positions along the line. How the team fills in the depth chart along the offensive line will likely be the biggest battle entering training camp this season.