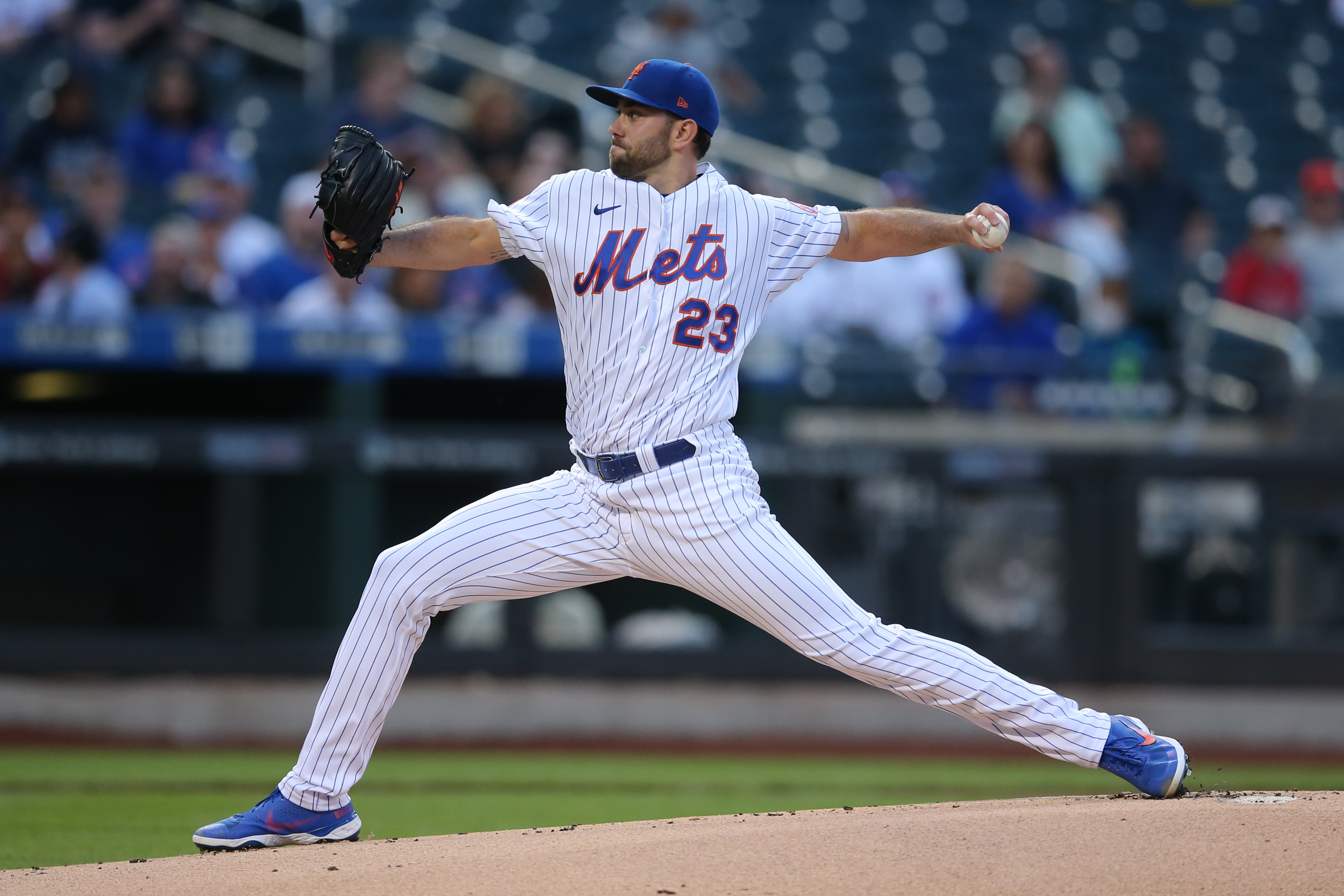 With all the questions surrounding David Peterson, this was probably the game out of the next four that the Mets were supposed to drop to Chicago.

Instead, Peterson threw six scoreless innings while only giving up one hit (one g*ddamned hit?) to the Cubs in a 5-2 victory.  Peterson threw a very economical 73 pitches (43 for strikes), and it was puncutated by a nasty 3-2 slicer to Willson Contreras to end the 6th in which Contreras had no shot. All credit due to Jeremy Hefner and the coaching staff for fixing whatever issues he had with his release point the previous couple of games. I’m not sure what kind of intensive work the staff did with him, but it can’t be easy to fix something like that at the major league level from one start to the next. I have a feeling that this could be a recurring issue to the point where Peterson might have to remind himself of some things (along with being reminded by Hefner). But for now, the ship has been righted.

There has been a lot of comparisons to Steven Matz here, and I’m not sure it’s accurate for the plain reason that Matz has oodles and oodles of stuff, which is why people surmised that Matz not reaching the stratosphere here was all in his head. (That may have been part of it at some point, but I think there’s a lot of factors as to why Matz didn’t reach his lofty expectations here.) With Peterson, who relies more on location, and has been so hot and cold this season, I think it’s purely mechanical, and we’re going to see a lot of up and down from him. Hopefully Peterson is at the point where the ups will be way up, and the downs won’t bear a stat line of 0.2 IP/4 ER/5 BB. 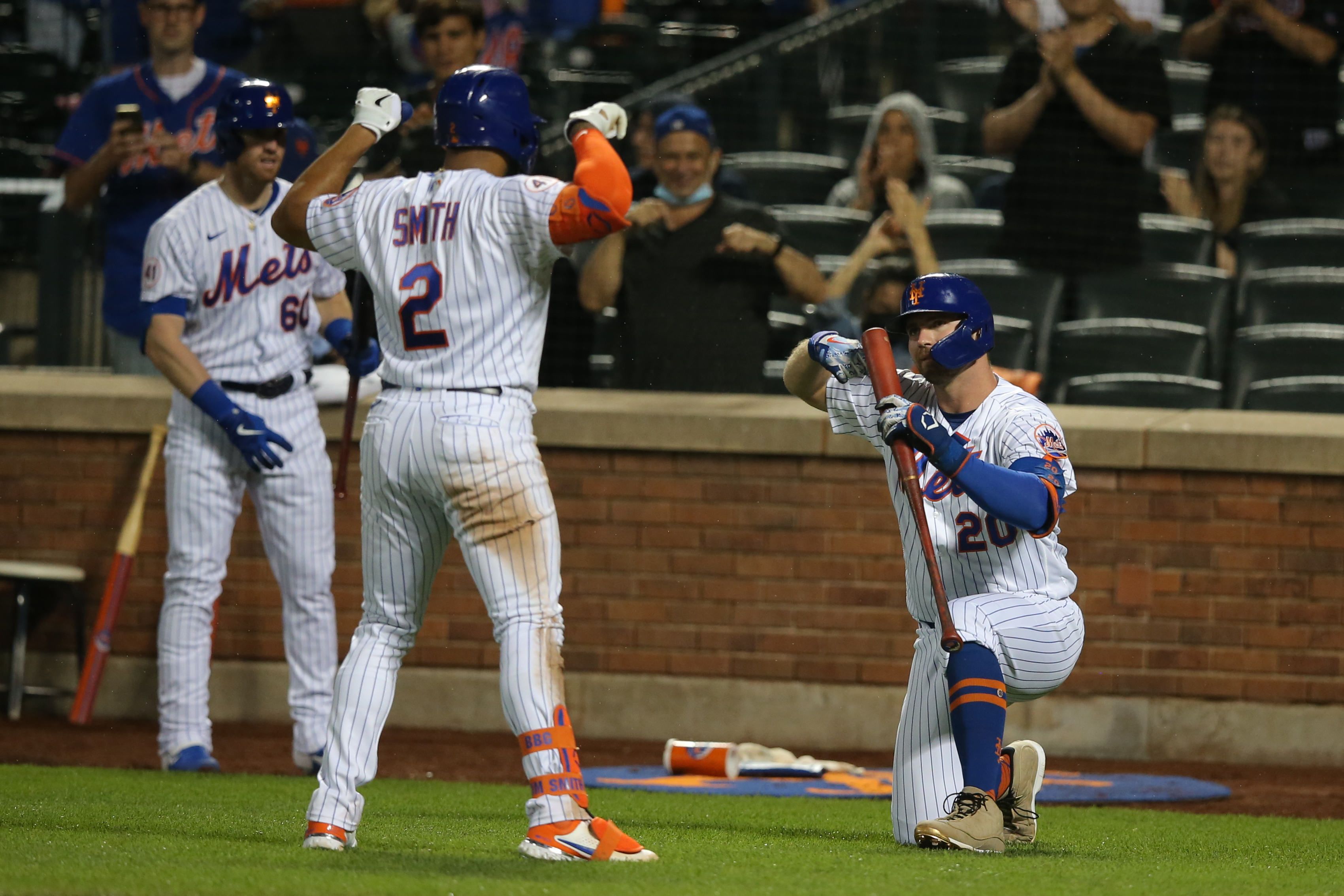 The Mets rattled Jake Arrieta second time through the order. In the fourth, professional three hole hitter James McCann, disguising as a six hole hitter, drove home a run with a single. Then Kevin Pillar doubled home two to make ti 3-0, and the way Peterson was going, you thought that would be enough. Dom Smith added a moon shot to the black in the 5th for a 4-0 lead, and Brandon Drury singled home a run as a pinch hitter in the 6th to make it 5-0.

The down part of the night was Trevor May, obviously working on things himself, as he gave up two majestic shots to Anthony Rizzo and Patrick Wisdom to make it 5-2. Aaron Loup picked up for May with an inning and a third, and Edwin Diaz struck out the side in the 9th to seal. But for the Mets to sustain success and shoot through the ceiling, May has to get well and take back hold of the 8th inning. Fortunately, the Mets fortunately have enough in the bullpen to get through as May works on whatever he has to work on.

But that’s an issue that isn’t going to be make or break for them right now, especially if Peterson can put together a string of good outings to keep the pen from overextending twice every five days (as you know they’ll probably have to lift heavy during Joey Meatballs’ starts, good or bad.) If this Peterson start is more than just a mirage, then the Cubs along with the rest of baseball had better watch out.