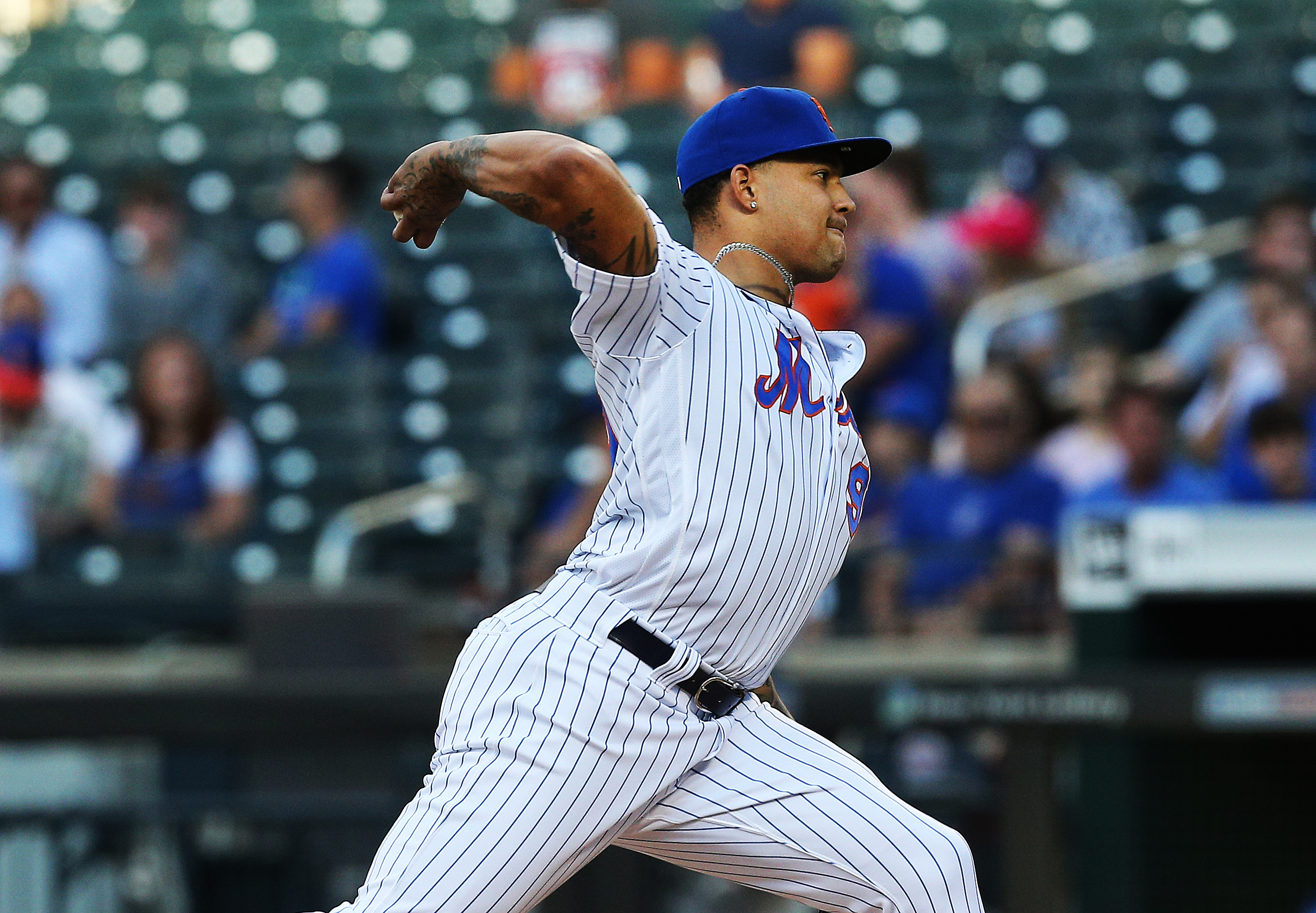 New York-The signing of Taijuan Walker was initially regarded as a depth move for the New York Mets after the franchise was spurned by Trevor Bauer. That decision has been a godsend for the Mets, who have seen Walker (W, 6-2) become a vital member of their rotation this season. Walker delivered another gem for the Mets (34-25) tonight, allowing two runs over seven innings and striking out a career-high 12 batters in a tight 3-2 win over the Chicago Cubs (38-29).

The Cubs struck first in this game as Javier Baez launched a two-run homer (15) off Walker in the 3rd inning. That would be all the damage Walker would give up on the evening, an impressive bounceback after he failed to get out of the third inning against these Cubs at Wrigley Field back in April. Walker was very efficient with his 92 pitches, giving the Mets length on a night where they needed to get some innings with their next off day still a ways off, an outing that was even more impressive when you consider the fact that he was dealing with a stomach bug.

As it turns out, Taijuan Walker was dealing with a stomach bug. Early on, Luis Rojas felt Walker seemed like he didn’t have much energy and might have been a bit sluggish. As the game went on, Rojas said, Walker looked more like himself.

The offense came alive in the bottom of the inning against Alec Mills (L, 2-1), who had one on with one out against Dominic Smith, leading the Cubs to put on the shift to try and secure an inning-ending double play. Smith adjusted nicely, waiting a long time on this off-speed offering and taking it the other way to get an opposite-field double with the third-base line wide open.

That hit came on Dom’s birthday, which he also celebrated in the top of the frame by making this nifty catch (see video below) to rob Willson Contreras of an extra-base hit. Smith also made a nice play fielding a ball off a carom later in the game, showcasing how much he has improved as an outfielder through a ton of hard work.

Pete Alonso ended up being the offense for the Mets, driving in two runs with a nice piece of hitting in the third to tie the game by simply dunking an offspeed pitch into center field to plate the pair. The Mets got their third run on a sacrifice fly from Alonso in the fifth, failing to tack on more.

After Walker departed the Mets turned the game over to Seth Lugo, who cruised through the eighth on ten pitches and was asked to stay in for the ninth with Edwin Diaz having worked three of the past four days. Lugo got himself into some trouble, giving up a one-out single to Contreras, who was pinch-run for by Jake Marisnick. Pinch hitter Eric Sogard followed with a hit to center, which somehow convinced Cubs’ third base coach Willie Harris (yes, that Willie Harris) to send Marisnick home. It didn’t end well.

Mets fans know that Marisnick is a fast runner from his time here last year, but this send by Harris was a really bad decision. SNY replays showed that Marisnick had just hit third base when the throw from Pillar hit Guillorme, who made a perfect one-hop throw to the plate that beat Marisnick by about 15 feet. Harris may have been reminiscing a bit too fondly about his antics on the base paths against the Mets when he was a member of the Washington Nationals but that decision short-circuited the inning for the Cubs, who saw Lugo rally from a walk to Jason Heyward by striking out Sergio Alcantara to end the game and secure his first save of the year.

Seeing that play was a clear showcase of what is different about the Mets now in terms of fundamentals. The send by Harris was a true Tim Teufel special, but the Mets have been burned in the past by bad defensive execution. Pillar hit the cut-off man cleanly and Guillorme executed a perfect throw to the plate, allowing the Mets to nip the rally in the bud and all but lock up their third straight win.

The Mets will look to pick up their third straight win against the Cubs tomorrow night. Jacob deGrom (6-2, 0.56 ERA) will be on the mound for the Mets after leaving his last start early due to flexor tendonitis. The Cubs will call up right-hander Robert Stock from AAA Iowa to face deGrom. First pitch is scheduled for 7:10 p.m. at Citi Field.