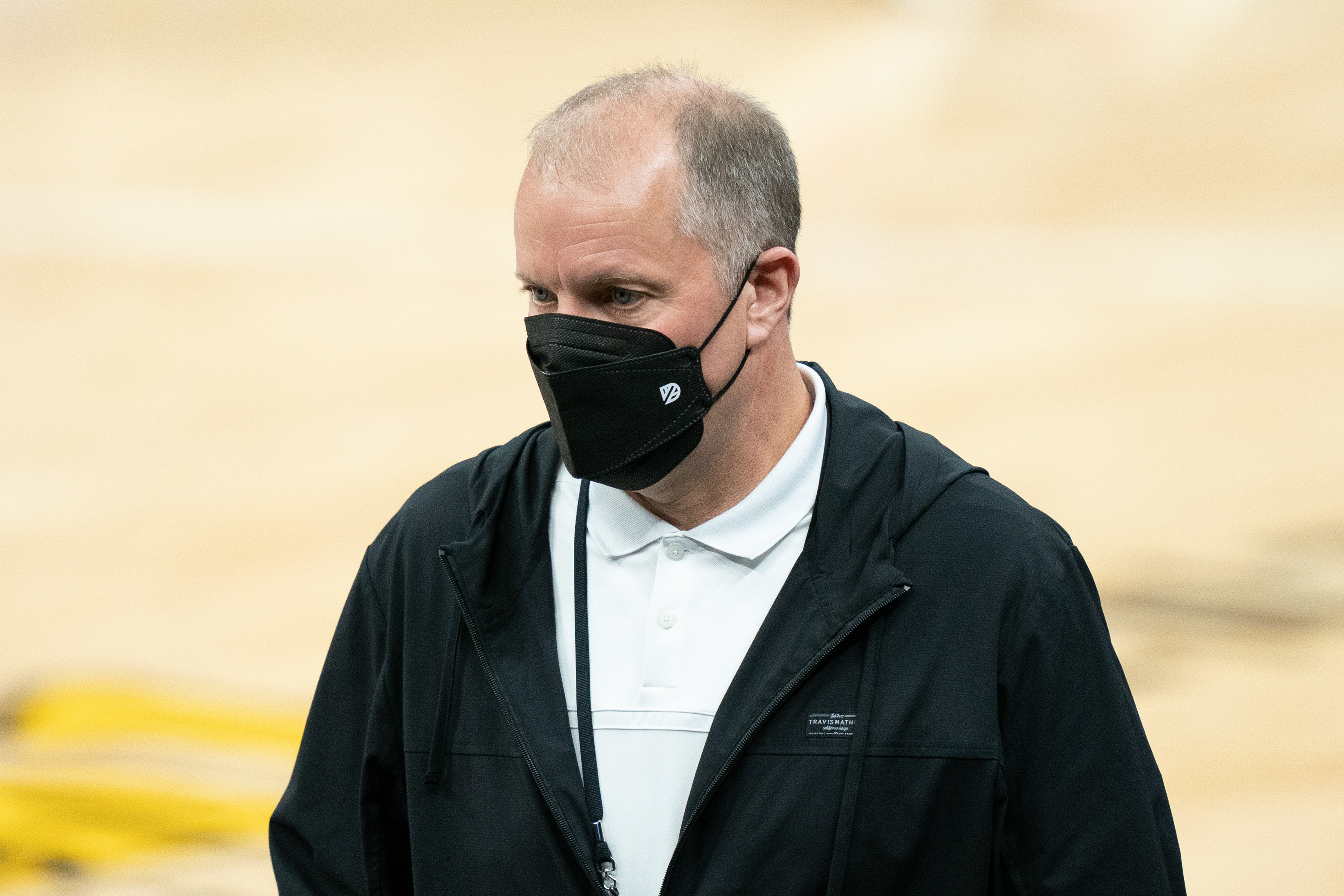 The Washington Wizards will have a new head coach next season as general manager Tommy Sheppard announced on Wednesday morning that Scott Brooks would not return. Less than two weeks after their season ended in Game 5 of the first round in Philadelphia, the Wizards completed their organizational self-evaluation process and Sheppard first and foremost made the decision, but of course communicating with the likes of Ted Leonsis, Bradley Beal, and Russell Westbrook. Not wanting to harp over the past, Sheppard talked about the future with the media as the Wizards begin their search for their next head coach.

“From a personal standpoint, [it] was very, very difficult,” Sheppard said in his opening remarks. “Scotty’s probably one of the finest people I’ve worked with in my life, one of the finest people in the NBA. I would say a dear, close friend, but in this business, we have to be about results moving forward and ability to get better and I made the decision.”

“I wouldn’t say it didn’t work out, I just think it’s time to move on,” Sheppard pushed back against a reporter’s insinuation about Brooks’ tenure.

The last time Washington was in search of a head coach, they had essentially one target and then team president Ernie Grunfeld accompanied by then-No. 2 man Sheppard visited Brooks and inked him to a five-year, $35 million deal. Things will be different this time as Sheppard will start an exhaustive search that other teams already have a head start on in the interview process, but that will not rush Sheppard. The Wizards will almost certainly have a head coach in place before free agency starts on August 3, but do not expect a decision this week, or next, or maybe even the one after that.

“It’s going to be very thorough, very diverse, very robust search,” Sheppard described. “I think there’s going to be a lot of people based on my voicemail and text messages that I’ve received since about 11:15 this morning. I’m not worried about people [not being] interested in working as the head coach of the Washington Wizards. I’m getting bombarded, but at the same time we have a very disciplined approach to this.”

When it comes to free agency, the Wizards have yet to attract stars to come to D.C. To at least some degree, Scott Brooks was hired to increase the chances of Kevin Durant returning home, but that attempt was futile and resulted in $105 million for Ian Mahinmi, Andrew Nicholson, and Jason Smith. When asked point-blank why Sheppard believes he can attract a high-profile coaching candidate for an organization that has not made the Conference Finals since 1979, the PR background for the Wizards’ general manager was in full bloom as often is throughout his media availabilities.

“You don’t have to try very hard to convince people Washington D.C. is the very best city in the United States, certainly one of the premier cities in the world,” Sheppard advertised. “We have fantastic fans, we have a great arena, we have great facilities. Monumental Sports has invested so much in Monumental Basketball and the Washington Wizards. They’re all about winning, they’re all about the resources needed to win and the support is unparalleled. We have fantastic ownership, Ted has never said no. So I think we have a fantastic story to tell here.”

When the season ended two weeks ago, it was initially unclear if Sheppard was under contract for next season, but all of that has been put to bed with the general manager continuing to have the final say on all Washington Wizards basketball decisions. Some worried the organization would be too afraid to fire Brooks after Russell Westbrook provided a glowing endorsement of his longest NBA coach. Sheppard said he did take that into account, but cited one of his many sayings, “this is show business, not show friends.” Now entering his third year running the Wizards, Sheppard has built up his own autonomy from majority owner Ted Leonsis.

“Ted this is the decision I believe I have arrived upon and I gave it to him,” Sheppard explained about delivering the news to Leonsis. “And he said, ‘if that’s what you want to do, that’s what you do.’ That’s the amazing ability of him to empower his people to do the very best job. Keep him informed, let him know why you make the decisions, but it was never an issue.”

Entering the final year of having Bradley Beal under team control, the ball is in Tommy Sheppard’s court to find a coach that can elevate the Wizards to heights not seen in four decades to keep the All-NBA shooting guard in D.C. Whether that is Becky Hammon, Sam Cassell, Wes Unseld Jr., or many of the other many candidates on Sheppard’s radar will remain to be seen over the next several weeks.

“The District of Champions is a real term and quite frankly that’s the standard we want to be held to,” Sheppard benchmarked.