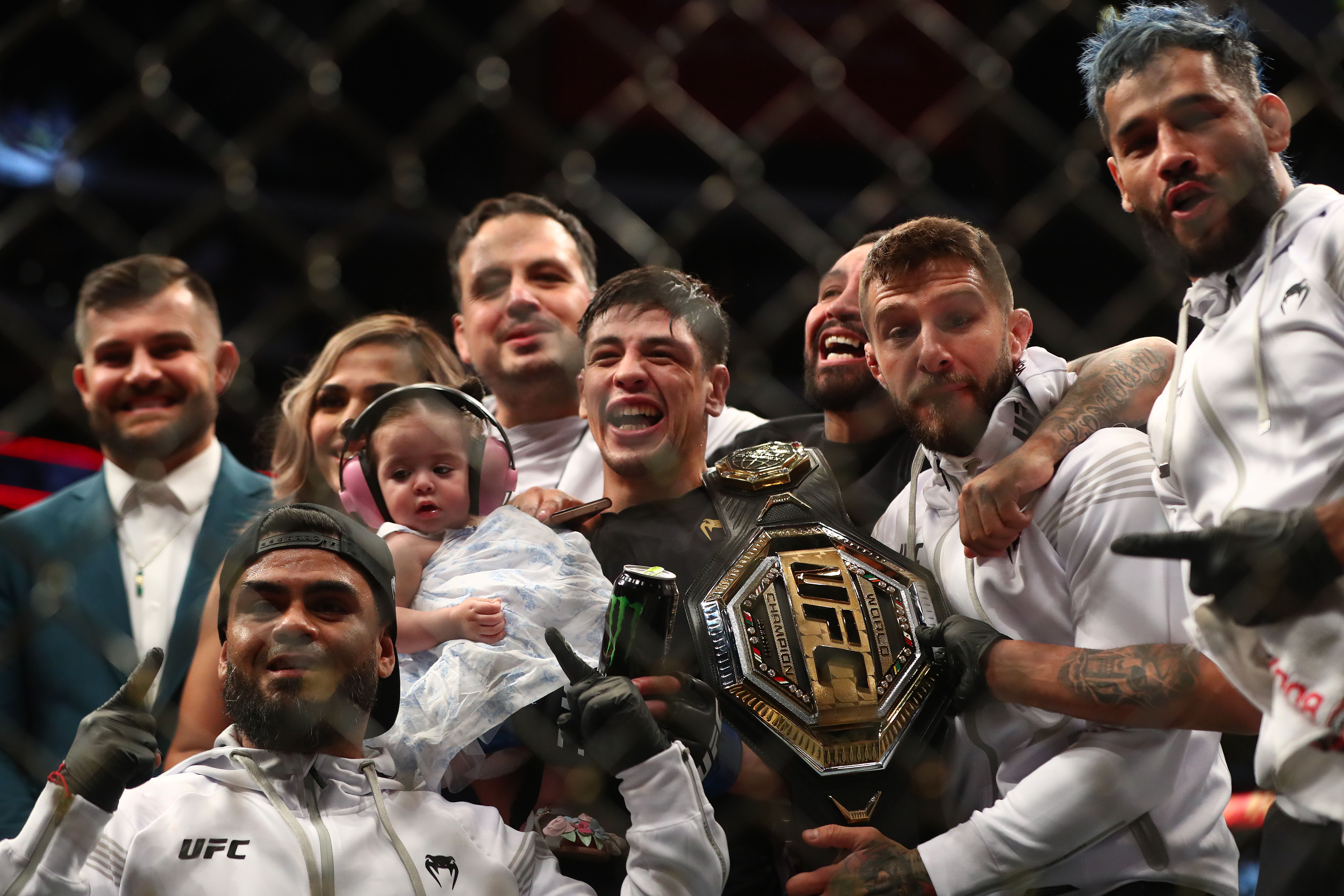 The highly-anticipated flyweight rematch between Deiveson Figueiredo and Brandon Moreno took place at UFC 263. After their first bout at UFC 256 in December 2020 ended in a draw, the pair once again came to blows at the Gila River Arena. Moreno undeniably learned a lot from the first contest, and he used his newfound experience to dominantly establish himself as the best 125-pound fighter in the UFC. The Assassin Baby’s triumph is a significant moment for the promotion, so let’s look at what this means for the UFC and Moreno.

Despite falling short in a close battle with Figueiredo at UFC 256, Moreno entered the cage determined to write his name into the history books ahead of the rematch. The 27-year-old controlled the opening two rounds before finishing his Brazilian opponent with a third-round rear-naked choke. Becoming a champion in the UFC is something that few fighters experience, and Moreno accomplished his life-long goal while also winning a Performance of the Night Bonus, as per MMA Fighting.

History was on the line for Moreno, and that seemingly spurred him on as he took his game to new heights. In taking the 125-pound belt from Figueiredo, the Assassin Baby become the UFC’s first Mexican champion, succeeding where plenty of others have failed. However, few would have predicted such a rise at the end of 2018. At the time, the 27-year-old was cut from the UFC after back-to-back defeats to Sergio Pettis and Alexandre Pantoja, respectively. To make it back to the sport’s pinnacle is a testament to his fighting mentality, showing fellow competitors that hard work and dedication do pay off.

It’s no secret that fighting is central to Mexican culture. Over the years, the country has produced some of the world’s greatest boxers, including Canelo Alvarez and Julio Cesar Chavez. Both of these competitors achieved world champion status, and Moreno is the latest Mexican fighter to accomplish the same feat. For many years, competitors in the UFC have sought to retain Mexico’s fighting heritage by competing with the heart and pride that sets them apart from other athletes. Moreno embodies that spirit, and now he can spearhead the UFC’s expansion into Mexico and raise MMA’s popularity in the country.

While there are no guarantees regarding how significant the Mexican market can become, Moreno’s title triumph is unquestionably a breakthrough moment for the UFC. Although the Assassin Baby doesn’t share Conor McGregor’s global fame, he can break into Mexico similarly to how the Notorious elevated MMA in Ireland during his run to becoming a two-weight world champion. Despite falling from the pinnacle, McGregor still has aspirations of becoming the lightweight belt holder for a second time. However, as of June 14th, he is the underdog at betting sites like GGBet360 for his upcoming trilogy fight with Dustin Poirier at UFC 264.

The Potential to Become a Superstar

MMA is an unpredictable sport, so there are no guarantees that Moreno will hold the 125-pound belt for a sustained period of time. However, the 27-year-old opens the door to new marketing opportunities, and the company can return to the country for future events with a world champion on its roster. The promotion hasn’t held a card in Mexico since September 2019, but that will likely change following Moreno’s historic title win.