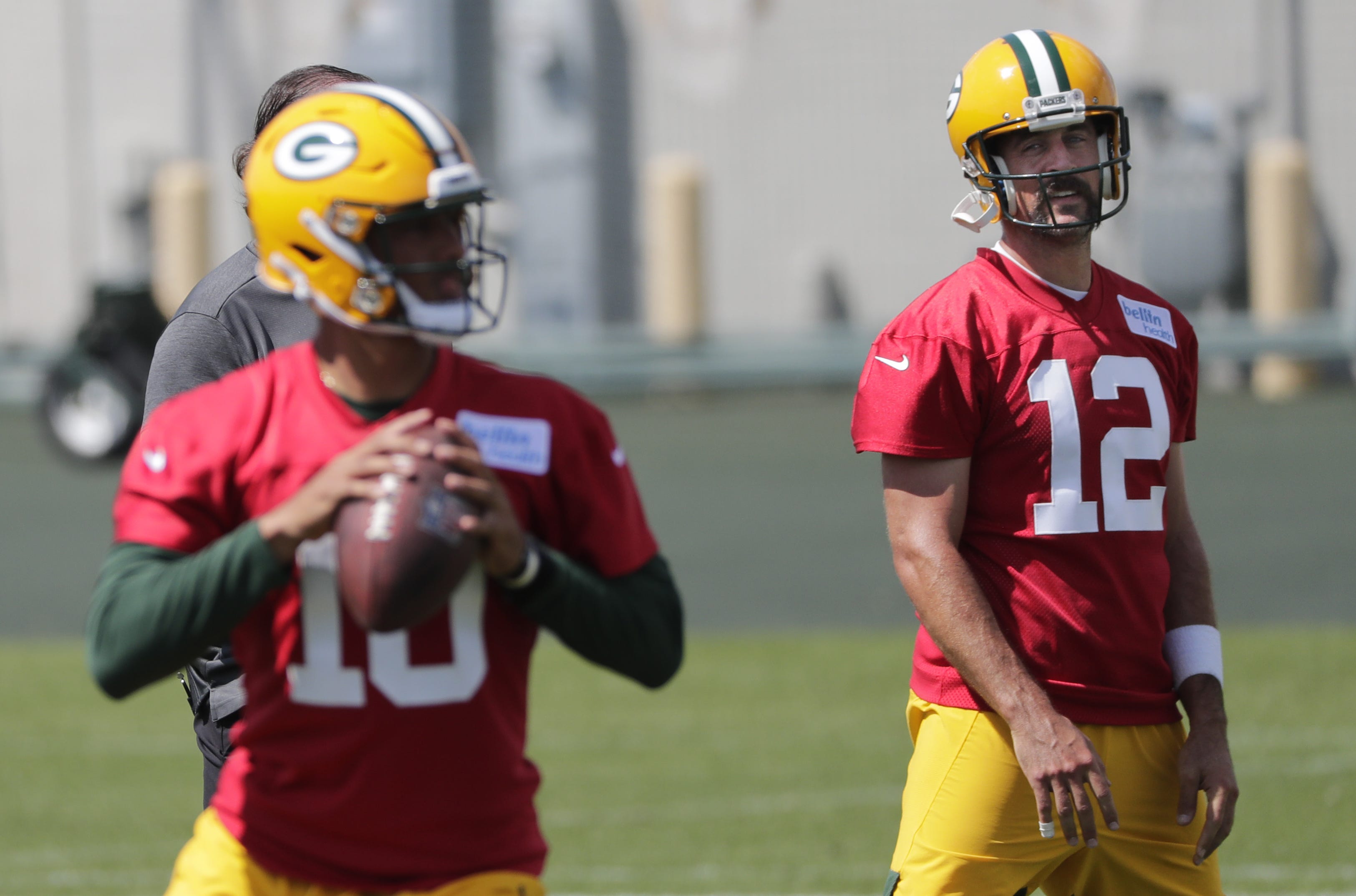 The Green Bay Packers have finished their third and final week of OTAs. There are roughly 40 days until training camp opens on July 27. Normally, this would be the quietest time of the NFL calendar, but for the Packers this year, the 40 days will be full of questions and implications for the upcoming season that the other 31 teams aren’t dealing with.

Aaron Rodgers never showed up for OTAs which surprised nobody. The quarterback spent part of the time on vacation in Hawaii but none of the last three weeks in Green Bay. As of now, GM Brian Gutekunst and team president Mark Murphy are still insisting that they will not trade the reigning NFL MVP and are hoping to mend fences with him. As now, Rodgers hasn’t changed his position.

Right now, the organization is in a holding pattern. On the surface, nothing much is happening. We get the occasional quote from someone who knows Rodgers and is unofficially speaking for him although those quotes sometimes contradict each other. Then, either Gutekunst or Murphy does an interview and the media spends the next few days dissecting every word.

Packers head coach Matt LaFleur has a tough task ahead of him. The team and the offense would likely have a different look depending on which player starts at quarterback. Rodgers is a veteran who will be starting his 17th season in the NFL this fall if he doesn’t retire. This will be his third season running Matt LaFleur’s offense and his 14th season as Packers quarterback if he rejoins the club.

Rodgers has a lot of experience reading defenses and while he has been able to use his feet to escape pressure, he is primarily a pocket passer.

Jordan Love has yet to take a snap in an NFL game of any kind. He has had one season to learn the Packers playbook, but he did not have any preseason games or OTAs during the 2020 season because of the Covid-19 pandemic. Coming out of college, scouts felt Love has the skills and raw talent to become a quality starting quarterback but that he would need time to reach that level of play.

Love’s skill set differs from Rodgers’. He is considered more mobile at this point in his career than Rodgers and obviously has less experience reading pro defenses.

If LaFleur is going to design an optimal offense for Love, it would not necessarily look the same as the offense he would run to maximize Rodgers’ talents. More likely, the Packers would run the ball more frequently and take fewer risks downfield if Love were under center.

Before becoming head coach of the Packers, LaFleur was the offensive coordinator for the Tennessee Titans in 2018. That year, Tennessee had more rushing attempts than passing attempts. By the end of the season, the offense was built around the talents of running back Derrick Henry who became one of the premier backs in the league that season.

It is likely that Aaron Jones and A.J. Dillon will get more carries in the offense if Love is the starting quarterback. Last year, the Packers ran the ball 443 times and threw 526 passes. Those numbers would probably be more even if Love were under center and probably be close to 2020 if Rodgers returns to start at quarterback.

There will be other differences in the offense if Love is the starting quarterback. Love would probably be throwing more check downs while Rodgers, with his experience, is more able and likely to take more chances downfield.

Rodgers would also likely have more flexibility to change plays at the line of scrimmage while Love is less likely to be able to make those changes because of his lack of experience.

In addition to the offensive playbook, LaFleur will face the challenge of uniting the team behind a new quarterback if Rodgers holds out or is traded. Between now and the time this situation is ultimately resolved, LaFleur will need to help keep the players unified and on task in their preparations for the 2021 season.

“The challenge,” LaFleur said, “is can you re-create that magic that we’ve been able to the last couple years and become a close-knit, connected team with great player leadership?”

This will be a challenge for LaFleur so long as the Rodgers’ situation remains unresolved. So, while most NFL teams are going into quiet part of the calendar, the Packers have things going on that could be a big distraction and disrupt the team’s preparations for the coming season. The challenge lies ahead. How the Packers respond to it will have a big impact on their 2021 season.