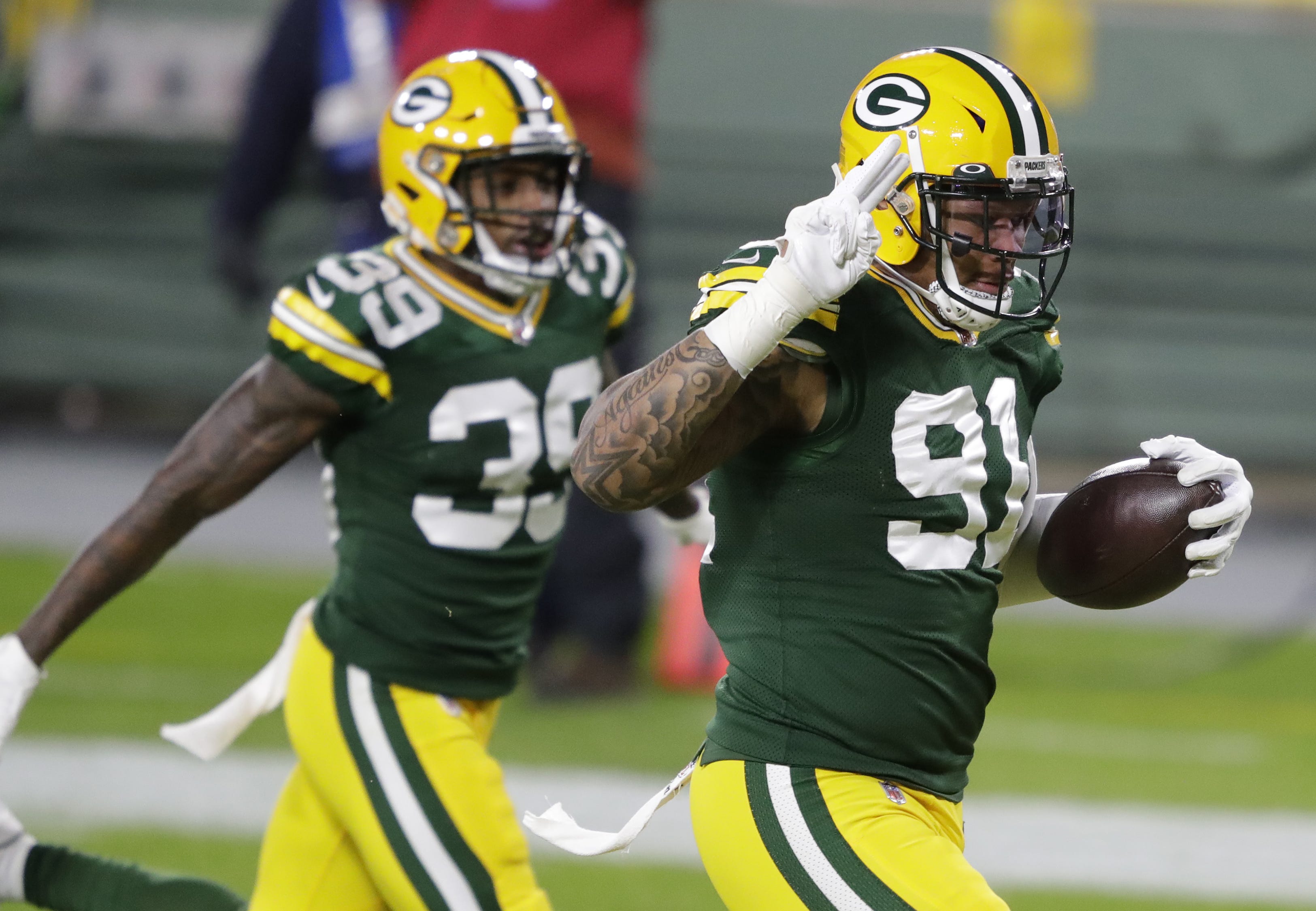 The Green Bay Packers have concluded OTAs and now have less than six weeks until training camp opens on July 27. Like any NFL team, the Packers have several returning starters who are in danger of losing their starting job or in some cases, even losing their roster spot.

Here is a look at five 2020 Packers starters who are in danger of losing their starting jobs as training camp approaches. Obviously, these possibilities are subject to change subject to injuries, the players’ performance in training camp and preseason games.

The Packers selected Scott in the fifth round of the 2018 draft. The former Alabama star has a strong leg and has averaged 44.6-yards per punt over his three seasons, good numbers for a player who kicks in cold weather Green Bay in November and December.

But Scott has not been consistent enough for the coaching staff, going through ill-timed slumps in each of his three years. His attempts at tackles have also been embarrassing at times and too many of his punts have been returned for big gains.

Scott now has competition in camp for the punting job. The team brought in Ryan Winslow who punted in two games for the Cardinals in 2019. It should be an interesting battle to see which punter nails down the roster spot this season.

Like Scott, Bradley was drafted by the Packers in 2018 and has held down the long snapper spot since his rookie campaign. Like Scott, Bradley has struggled with consistency over the course of his career. Bradley doesn’t make truly errant snaps that cost the team possession of the ball, but his snaps don’t always go exactly where the team wants them and that has frustrated the coaches.

The Packers have brought in free agent Joe Fortunato to compete with Bradley for the long snapper position. They also tried to sign another free agent long snapper but another team claimed him on waivers before the Packers could sign him.

Clearly, the coaching staff is looking to improve at this position and Bradley will have a battle on his hands to hold on to his roster spot.

Patrick was the starter at right guard last season and did a solid job. Still, the Packers have drafted six interior offensive linemen in the last two years and may be looking to replace Patrick in the starting lineup.

In 2020, the Packers drafted Jon Runyan, Jake Hanson and Simon Stepaniak and all three can play either center and/or guard. This year, the Pack added center/guard Josh Myers in the second round, Royce Newman in the fourth round and Cole Van Lanen in the sixth round.

Patrick plays both guard and center. His versatility and reliability are assets to the team and may help him stay on the roster, but he will clearly be in a fight to keep his starting job at right guard.

David Bakhtiari’s injury may give Patrick a better chance to start the season as the starter but once the Packers Pro Bowl left tackle returns, starting jobs along the offensive line will be even tougher to come by.

The Packers surprised a lot of people by re-signing King this offseason and he is likely to start the season as CB2 alongside Jaire Alexander. But there are some big factors working against King in his quest to keep his starting job. His own history of injuries and inconsistency certainly doesn’t help his cause. Nor does the fact that he’s back on what is essentially a one-year deal with void years tacked on for cap purposes.

The Packers also added Eric Stokes in the first round of this year’s draft. It is just a matter of time before Stokes takes over King’s position as the team’s second starting corner.

The big question is when that takes place. Is Stokes going to be ready to start by Week 1? By midseason? Not until next year?

The decision will be made based on how quickly Stokes picks up the defense and adjusts to the NFL and how well King performs. Either way, King is in for a fight to keep his starting job.

Preston Smith is hoping to regain the outstanding form he showed in 2019 when he recorded a career-high 12 sacks. Unfortunately, Preston didn’t come to training camp last season in great shape and stumbled to a four-sack campaign.

The good news that Preston seems to have slimmed down and entered OTAs in excellent shape. He also has a history of playing well in odd numbered years while struggling in even numbered seasons.

The biggest competition for a starting spot at edge will come from former first round pick Rashan Gary. Gary nearly supplanted Preston Smith last season. The former Michigan star continues to make strides heading into his third NFL season and is likely to take away more playing time from Preston.

It is likely that both Gary and Preston Smith are on the field at the same time on obvious passing downs but Gary is going to give Preston a battle for his starting spot and for overall playing time in training camp.