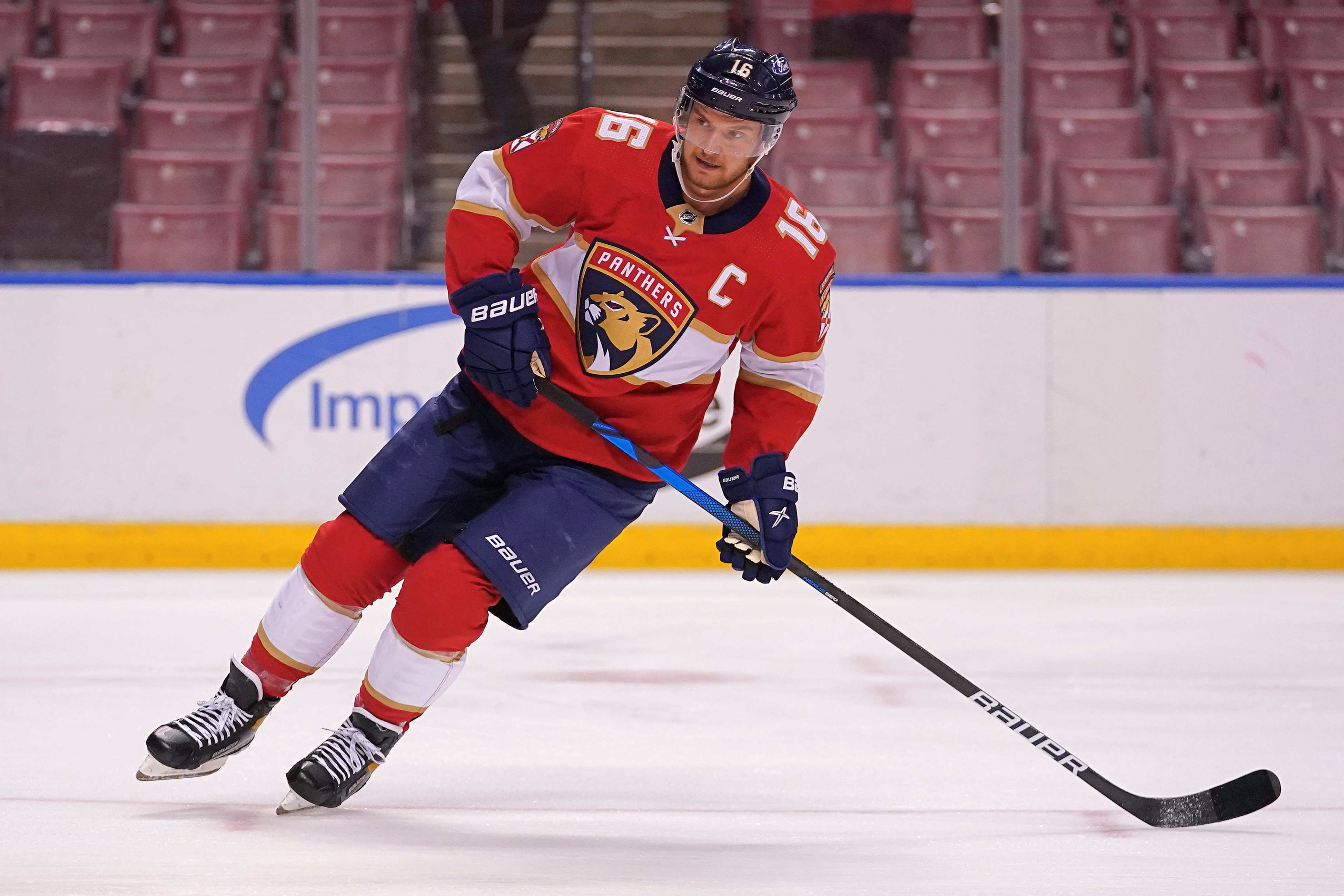 Florida Panthers center Aleksander Barkov of Tampere, Finland has won the Selke Trophy for the 2020-21 National Hockey League regular season. In an announcement made on Friday, Barkov, the Panthers captain, beat out Patrice Bergeron of the Boston Bruins and Mark Stone of the Vegas Golden Knights. The award is presented to the best defensive forward in the NHL each season.

Barkov had 26 goals and 32 assists for 58 points in 50 games. He was a +12 with 14 penalty minutes, 19 power play points, one shorthanded point, 38 even strength points, six game-winning goals, 176 shots on goal, 563 faceoff wins, a faceoff winning percentage of 54.9%, 37 blocked shots, 31 hits, 39 takeaways and 23 giveaways. Barkov’s lone shorthanded point was a game-winning shorthanded goal from Noel Acciari of Johnston, Rhode Island and MacKenzie Weegar of Ottawa, Ontario on March 15 in a 6-3 Panthers win over the Chicago Blackhawks. Barkov’s goal came at 13:36 of the third period, and broke a 3-3 tie.

According to Pro Hockey Rumors, Barkov became the fifth player in NHL history to win the Selke and Lady Byng Trophies in his career. Barkov won the 2019 Lady Byng Trophy (most gentlemanly player) for his only other NHL career trophy. The other four players to win both awards are Ron Francis of Sault Ste. Marie, Ontario; Pavel Datsyuk of Sverdlovsk, Russia; Anze Kopitar of Jesenice, Slovenia; and Ryan O’Reilly of Clinton, Ontario.

Barkov is the first Panthers player in franchise history to win the Selke Trophy. He becomes the second person from the Central Division to win a major NHL award this season. On Thursday, Rod Brind’Amour of the Carolina Hurricanes won the Jack Adams Award, presented to the top NHL coach.