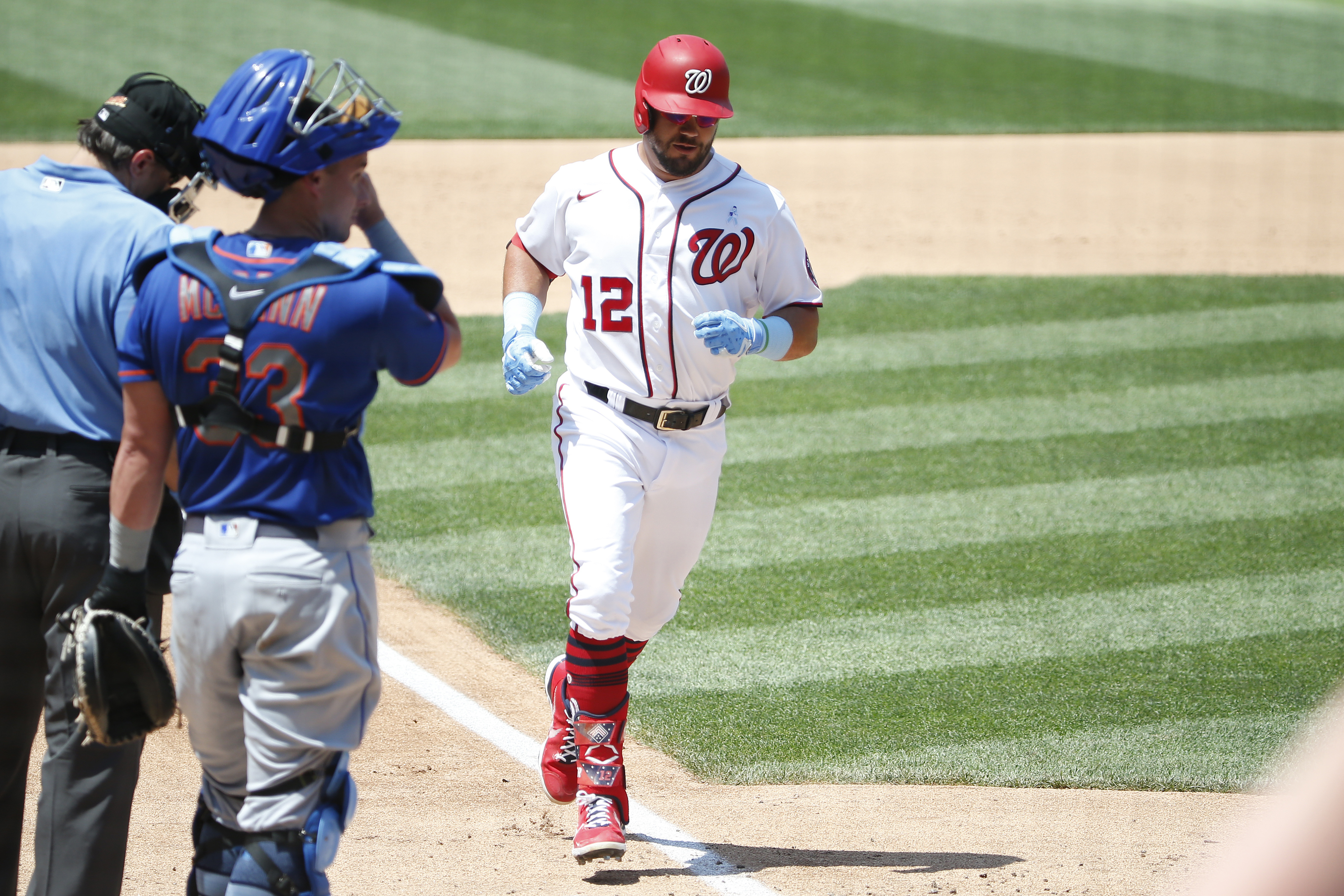 Some of you don’t think I get it. But I do. I have perspective. And when I say “the Mets can’t give this team life and need to bury them”, I understand that the Mets are out there trying to win every game they can and that the other team has something to do with this too. This four game series isn’t the be all and end all of the season.

But to have a chance to bury an old team that didn’t have Scherzer and Strasburg to throw at you while instead featuring a struggling Patrick Corbin, and score nine runs in four games is highly disappointing. It’s bad enough that the Mets are still going to have to deal with the Phillies, who from day to day can go back and forth between the Pete Rose days and the Mike Lieberthal days, and the Braves who I still feel at some point are going to remind everybody that they’re still the Braves. Now they’re probably going to have to deal with the Washington Nationals and their propaganda social media accounts and their Baghdad Bob Carpenter television network, and that stupid freaking song.

You know what stupid freaking song I’m talking about. Let’s set the stage: Pete Alonso had hit a solo dinger off of Corbin to cut the Nationals lead to 3-2 in the top of the 7th, and then after a walk to Kevin Pillar, Kyle Finnegan came in to face pinch hitter Dom Smith. Things seemed to be set up for the turnaround, and Dom smacked a shot up the middle which certainly seemed like a base hit when it came off the bat. But it’s going to take a lot of years to re-condition myself that a ball up the middle will be an out more often than a base hit, and Starlin Castro … the third baseman … made a dazzling play up the middle to start the 5-5-3 double play to effectively put an end to the threat. I thought then that would be the beginning of the end.

The end of the end came in the bottom of the inning when Gerardo Parra made his return to the major leagues. And you know what that means. That’s right. The return of BABY MOTHERF***ING SHARK!!!

Baby Shark is back, and this is the loudest I’ve heard this place in quite some time. pic.twitter.com/1gI8D5iTq2

Parra hit a double to left field to keep Washington’s party going, and end the day for Taijuan Walker. Walker clearly wasn’t running on all his faculties, whether it be muscle related, gastrointestinally related, or what have you, but still tried to gut through seven innings while keeping the Mets in the ballgame, so all marks to him. Two of the marks against him up until that point were solo dingers to Kyle Schwarber, who had hit four homers in the previous 13 innings. Schwarber, clearly capitalizing on the crowd being juiced up by a children’s song, kept the bad times going by hitting a two run HR off the top of the left field fence off of Jeurys Familia to make it 5-2, and end any and all momentum that the Mets had after Alonso’s home run, and it left the Mets for dead in this game, and in this series.

The Mets now need to pick up and dust off, as there are two teams closer to them in the standings, and the Mets get a chance at them this week at home. Jacob deGrom will hopefully start tomorrow, Joey Lucchesi’s MRI hopefully will reveal nothing more than normal wear and tear, and hopefully some professional hitters return to the lineup soon so the Mets can start rocking and rolling again. The Mets leave Washington teetering a little bit, so some reinforcements and some good health will keep them from rolling down the hill.