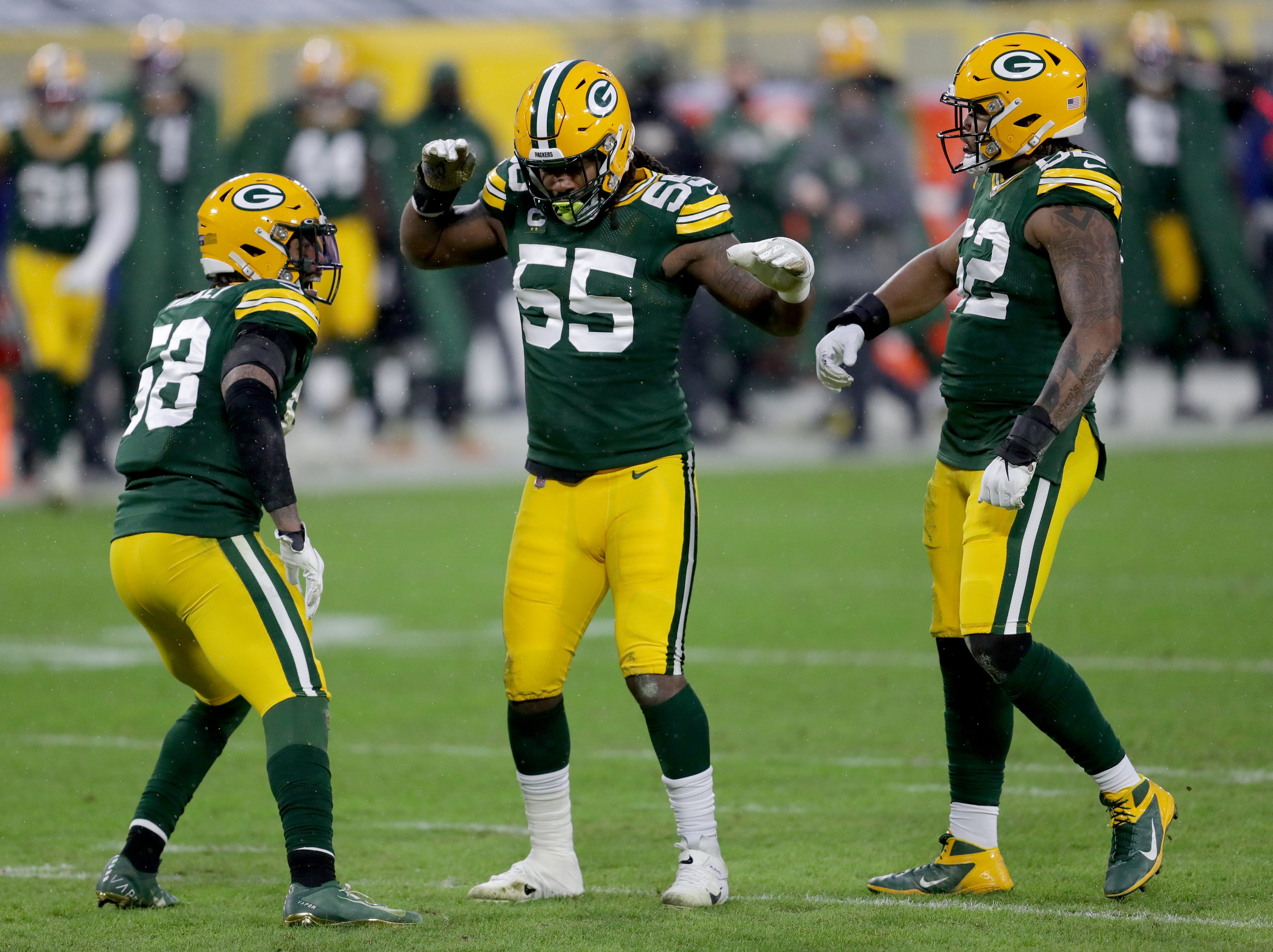 The pass rush is always a key to the success of any NFL defense and the 2021 Green Bay Packers will be no exception. If the Packers are going to hold opposing offenses in check, they will need to get pressure on opposing signal callers consistently.

In 2019, the Packers had 41 sacks and got consistent pressure on the quarterback. Last season, the Pack again had 41 sacks, but the pass rush overall was more sporadic than the previous season.

The Packers have a new defensive coordinator this year in Joe Barry. While we still don’t know exactly what his game plan will be, most experts feel he will rely less on blitzing than Mike Pettine did. With that in mind, here is a look at the players who are most likely to get pressure on opposing quarterbacks in 2021 and how they likely fit into the defensive scheme:

Za’Darius Smith is the Packers top pass rusher heading into training camp this year. He followed up his career best 13.5 sack season in 2019 with a 12.5 sack performance last year.

While Z earned Pro Bowl honors for the second straight season, his consistency was off. His quarterback hits went down from 37 in 2019 to 23 in 2020 and his pressures were reduced from 50 to 39.

The good news is Za’Darius is still eager to prove his doubters wrong and to have an outstanding season in 2021. The Packers will do all they can to move Za’Darius Smith around to give him the best matchup advantages and take advantage of his skill set. Look for Z to have another strong season on the edge.

Gary is considered a player on the upswing and should get more playing time in 2021 as he shows the coaching staff more of his potential. The former first-round pick out of Michigan had five sacks last season and 19 pressures. Both of those marks were career highs.

The coaching staff has always been high on Gary and his athletic ability is off the charts. He is also a student of the game and has been working hard to improve his performance.

Look for Gary to have a breakthrough season in 2021 and to see the field for roughly 70 percent of the Packers defensive snaps. He should establish himself as a starter and consistent pass rusher in 2021.

Preston Smith enjoyed a career year with the Packers in 2019 after signing with the team as a free agent. He had 12 sacks and 34 pressures in 2019, but in 2020, he reported to camp out of shape and fell off to four sacks and 16 pressures.

During this offseason, Preston had to take a pay cut to stay with the Packers. The good news is, he showed up for OTAs in great shape and seems determined to return to something closer to his 2019 form.

Preston will be fighting with Rashan Gary for the other OLB spot. Look for Barry to try to get both Gary and Preston on the field at the same time on obvious passing downs this season.

If Preston Smith has a bounce back season, the Packers pass rush should have a very formidable top three weapons.

Clark was injured in the season opener last year and it hurt his overall production. He missed three games altogether and did not fully recover until late in the season when he returned to his Pro Bowl form.

When he’s healthy, Clark is one of the few interior defensive linemen who can penetrate to stop running plays and pressure the passer from the inside.

He can be a big force inside for the Packers if he can stay healthy this season.

Keke may be the wild card in the Packers pass rush equation for 2021. The third-year man out of Texas A&M had four sacks last season but they came in two games so he needs to improve his consistency. He was also slowed by a concussion in the second half of the season that kept him from seeing the field more often.

If Keke realizes his potential and makes a third-year jump, he will give the Packers two solid defensive linemen who can get after the quarterback along with the big three edge rushers who line up at outside linebacker.

There are several other candidates vying for roster spots and playing time who figure in the pass rush equation. Jonathan Garvin and Randy Ramsey are linebackers who have some pass rush potential.

Along the defensive line, Dean Lowry and Tyler Lancaster return although both are better run defenders than pass rushers. Rookie T.J. Slaton may also be able to add something to the mix although it may take a year or two for his pass rush potential to be realized.

Overall, the Packers pass rush has the potential to be even better this season than it was in 2020. The keys will be staying healthy and having players like Keke and Gary take a step forward in their development. How quickly the players learn and get comfortable in Barry’s new defense will also be a factor.