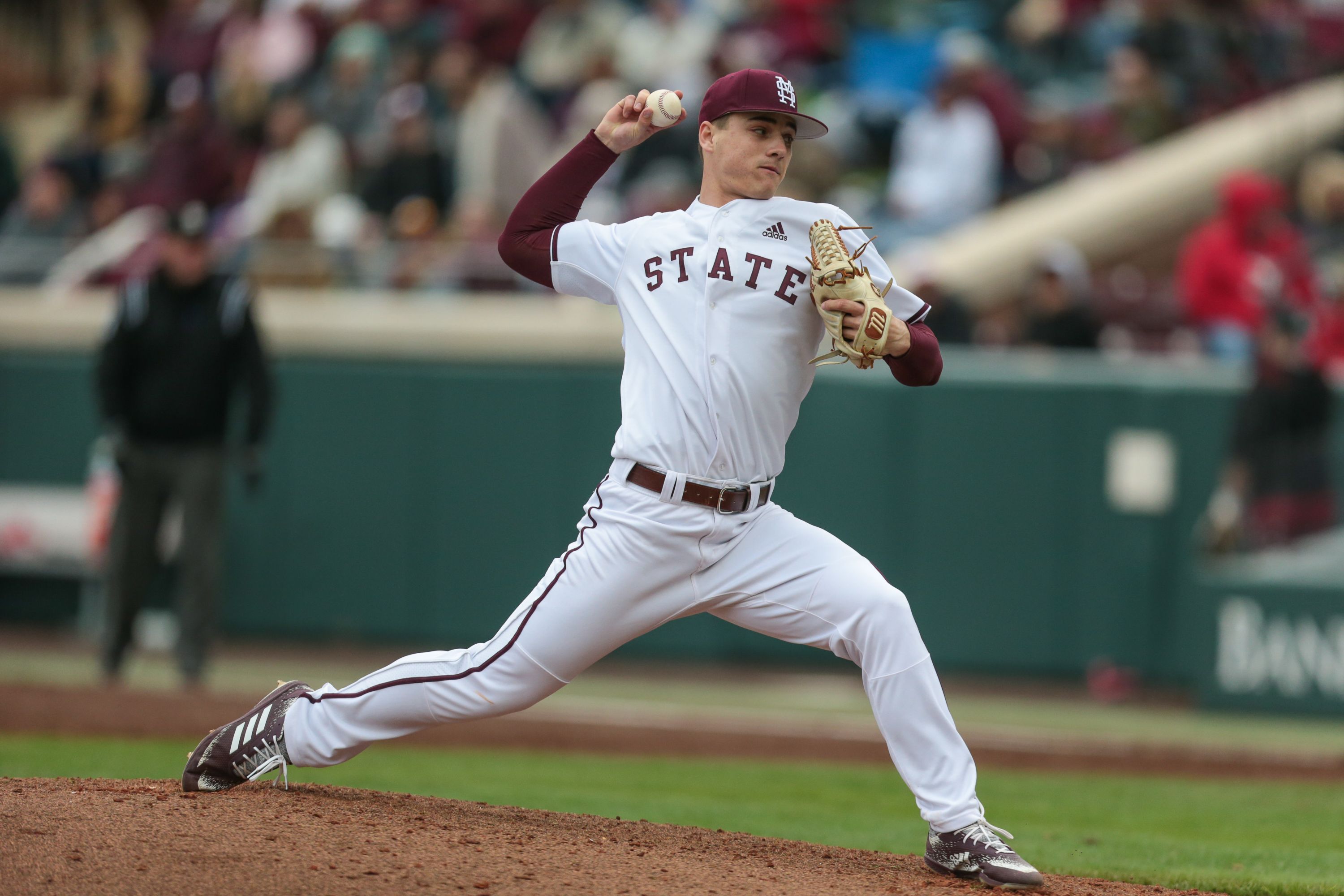 While Matthew Allan drew all the attention for Brodie Van Wagenen’s unorthodox draft strategy of loading up on bonus money to land a first-round talent later in the draft, the New York Mets actually executed the maneuver twice. The second attempt came last season when they paid significantly above slot to get a commitment from J.T. Ginn, a talented righty out of Mississippi State who posted a dominant freshman season before undergoing Tommy John surgery as a sophomore. The Mets paid Ginn a $2.9 million signing bonus to leave school and he has finally made his professional debut, making Ginn the focus of this week’s edition of Minor League Mondays.

Scouts were drooling over Ginn’s potential as a freshman thanks to his impressive three-pitch repertoire. Ginn’s fastball sat between 91-95 miles per hour with sink while his slider has excellent movement. The third pitch in Ginn’s arsenal is a changeup that needs work, but the question would always be what Ginn’s stuff looks like after surgery. According to Metsmerized’s Michael Mayer, Ginn has been topping out at 94 so far, a good sign for his first action after surgery.

Mets 2020 second round pick J.T. Ginn had his longest pro outing on Sunday for the St. Lucie Mets:

The Mets have assigned Ginn to Low-A St. Lucie and he has pitched well so far, going 1-0 with a 2.25 ERA in four starts, posting a 12:4 strikeout to walk ratio in 16 innings pitched. Opponents are hitting just .204 against Ginn, which is a good start for a guy who hasn’t pitched in a game situation since 2019. Van Wagenen made a big bet on Ginn, who is rated as the Mets’ sixth-best prospect according to MLB.com, and it has the potential for a huge payoff if he and Allan (who is now rehabbing from his own Tommy John surgery) become long-term fixtures in the starting rotation.

Expect the Mets to proceed cautiously with Ginn, who is coming off of a major injury, and limit his innings throughout the 2021 campaign. The late start should ensure that Ginn spends most of the year with St. Lucie although a late-season cameo in Brooklyn can’t be ruled out if Ginn pitches well throughout the season. If all goes according to plan the Mets could see Ginn at some point towards the end of 2023, putting him on roughly the same timetable as Allan now. Ginn is likely ahead of Allan since he will have a linear development track but his progress will be eagerly tracked by the Mets’ front office in the coming years.