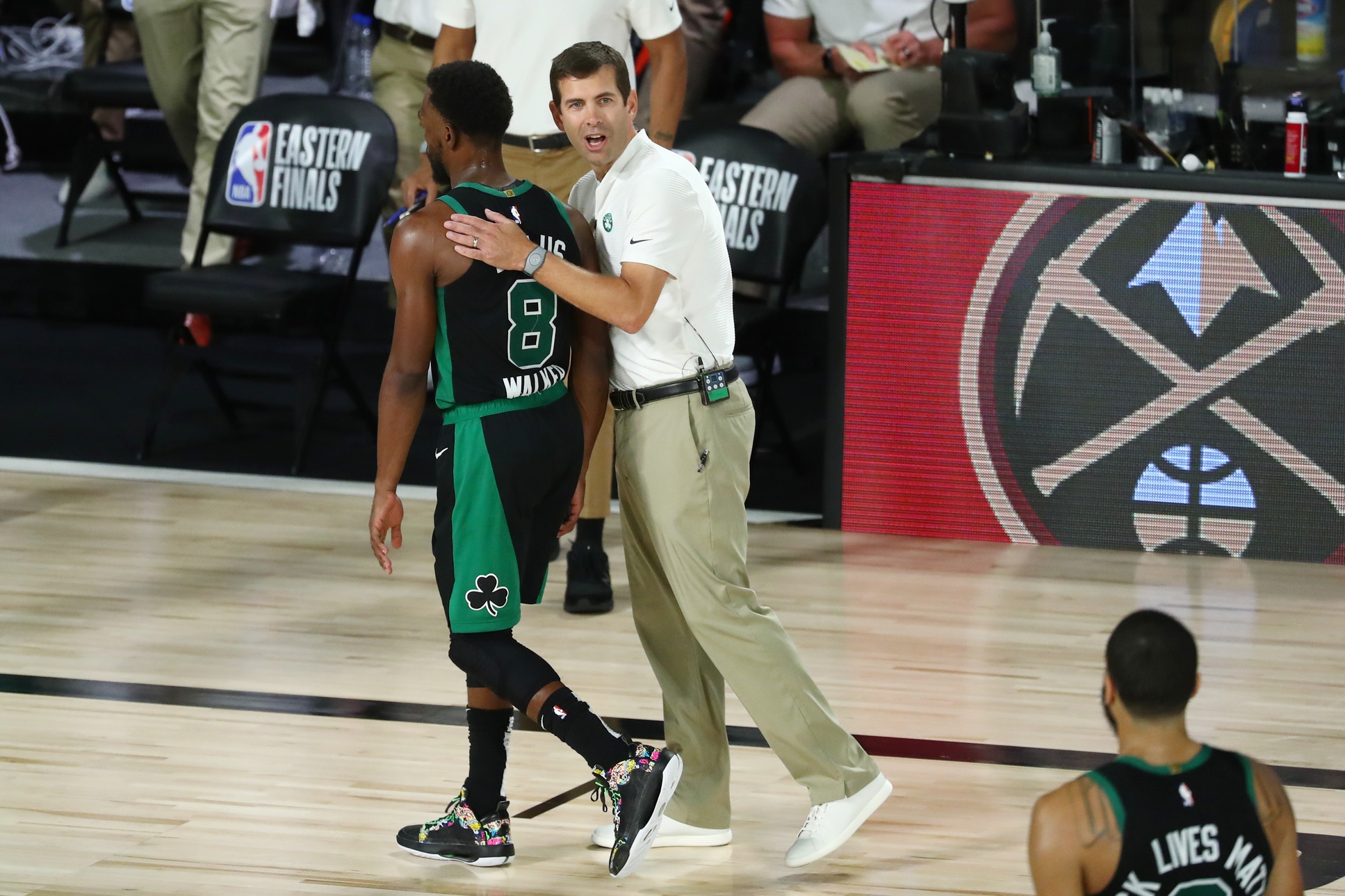 “Obviously it was an early deal, but it felt like it was the right one,” said Stevens, the new president of basketball operations. “Again, not easy, but the right one. And we didn’t feel like waiting, especially with again, the ability to get a return player of Al’s caliber, experience and leadership.”

In light of this weekend’s report in The Athletic on the Walker trade, Stevens wanted to make clear how he felt about his former All-Star.

“The most challenging part is being in that seat and having to make that call and ultimately say, ‘Yeah, we’re going to do that,’ when you’re talking about a guy like Kemba,” Stevens said on the difficulties of making his first trade. “Again, coached him for two years, have nothing but great things to say about him and really good teammate, really good player, really good person, easy to be around every day. I think that’s what made it the most difficult part of it, obviously.”

According to sources Walker was “heartbroken” over the trade, particularly because of his strong relationships with his teammates.

One of my first ‘ins’ into sports journalism was a guy named Terry Vandrovec. I’m pretty sure nobody reading this blog except my dad knows who he is—he was the SDSU beat reporter for my hometown newspaper for a little under a decade.

The local paper, the Argus Leader, is a Gannett property and Gannett has a policy, at least for sports reporting, that you do not use anonymous sources.

And the reason why can be seen in the schizoid way in which the Kemba Walker trade has been covered:

June 9, 2021, Bleacher Report: “Sources said the Boston Celtics and Walker are likely to move forward from their relationship this offseason in a mutual agreement between the parties.”

Today, The Athletic: Walker was “heartbroken” over the trade

But the problem is that this is NOT how the writers of the first two pieces spun their tales. By grabbing an anonymous report out of context and building a whole damn article around it, the writers showed a certain level of disregard for the precepts of good journalism.

Quoting your sources accurately doesn’t mean much if you pick and choose the quotes you use to fit your narrative.

And I’ll be honest: Being able to tell a complex tale is a sign of a mature writer. If you’re getting paid a living wage to write, you should know how to take complex and even conflicting sources and combine them into a coherent whole.

But anyway, the C’s traded Kemba early in the offseason for a rather specific reason:

The exact rule prohibits teams from trading picks in consecutive years, starting with the team’s next draft.

Now it’s generally interpreted that this means a team can’t trade consecutive picks, period. That is, you can’t trade picks in, say 2021 and 2022. But that’s not strictly accurate.

Because of how the rule is worded, a team can trade their current pick and their next pick. So if the C’s want to maintain maximum flexibility, it behooved them to trade Kemba before the draft.

Now as to why the trade took place now instead of farther down the line… That’s a more difficult question to analyze. It’s possible that Stevens got suckered by Presti into making a deal too soon, when a better deal might have presented itself later, possibly one where the C’s wouldn’t have had to include a pick. But it’s also the case that the C’s are stuffed to the gills with talent that needs to be developed, and that they can’t exactly swap a previous first round pick for another team’s future first round pick straight up, so for better or worse, the team’s roster and financial situation reduces the value to the team of their own first round picks over the next couple years.

It’s also possible that a better return could have been had from another team. Al Horford is… not young, and I’m a bit surprised that so many guys who follow the team closely are slotting him in as the team’s starting center. I just don’t know that Al Horford is up to playing that role for a top tier team.

However, the market for Kemba, at least based on various reports circulating, was not great, and Al Horford checks quite a few boxes:

It’s a trade that isn’t a straight up salary dump, but its timing—if Horford’s game is not up to snuff—will probably leave fans wondering if Stevens could’ve gotten a better deal by waiting longer.

Page 2: Where we have coaching ‘front runners’

With things heating up in the race for who will be the next Boston Celtics head coach @GoodmanHoops has some inside information on two top potential candidates 👀 pic.twitter.com/ZUZkx1mVfM

Two names have reportedly emerged atop the list, though there’s still some uncertainty amid the searching process. Stadium’s Jeff Goodman said on NBC Sports Boston on Monday that Nets assistant Ime Udoka and Clippers assistant Chauncey Billups have “emerged” as two names to keep an eye on going forward with the search.

I’d have to go back to the depths of Twitter’s history to see how many names were suggested as ‘front-runners’ for the C’s gig before they hired Stevens. I know Brett Brown got a lot of noise, but I don’t know how much of that was supported by ‘sources say…’

But in any case, there seem to be quite a few leaks these days, and I suspect that at least some of that comes from the C’s having a head coaching vacancy and a number of assistant coaches who are unsure whether they’ll have jobs after a new coach is hired.

I know that there’s been a lot of talk that the C’s want to hire a person of color with NBA experience, and frankly, I don’t like that, and for one reason alone: Red Auerbach won, and won big, because he didn’t limit himself.

Sam Jones was drafted because Red Auerbach wasn’t afraid to pick a black guy from a segregated university. Red put the first black starting five on the court because it gave him the best chance to win. He didn’t care that Bill Russell was black when he made him the team’s coach. Auerbach, the GM, did not care that he picked Bird and McHale in ’78 and ’80, or that the team’s starting lineup included three white guys during their best years. Walter Brown said he didn’t care if Chuck Cooper was “striped, plaid or polka dot.”

The bottom line: If you impose constraints on hiring or personnel that have NOTHING to do with whether a player or coach can win, you are limiting yourself, and another team, one that does not impose those artificial limits, is going to have an advantage.

Now if it’s the case that neither Tatum nor Brown want to play for another guy—or woman—who checks the ‘wrong’ box on the census form or who never played in the NBA, then they are both being incredibly immature and short-sighted.

And yes, I get that both of them have quite a bit of leverage, and that because of that leverage, that could force the C’s hand.

But that doesn’t mean that the team’s ‘best’ hire is someone who passes the arbitrary requirements Tatum and Brown have stipulated. It merely means that guys who have the potential to be great are handicapping their own chances for success.

NBC Sports: Forsberg: Should Marcus Smart be C’s point guard of the future?

Boston Sports Journal: ‘This is not the ideal first few weeks on the job’