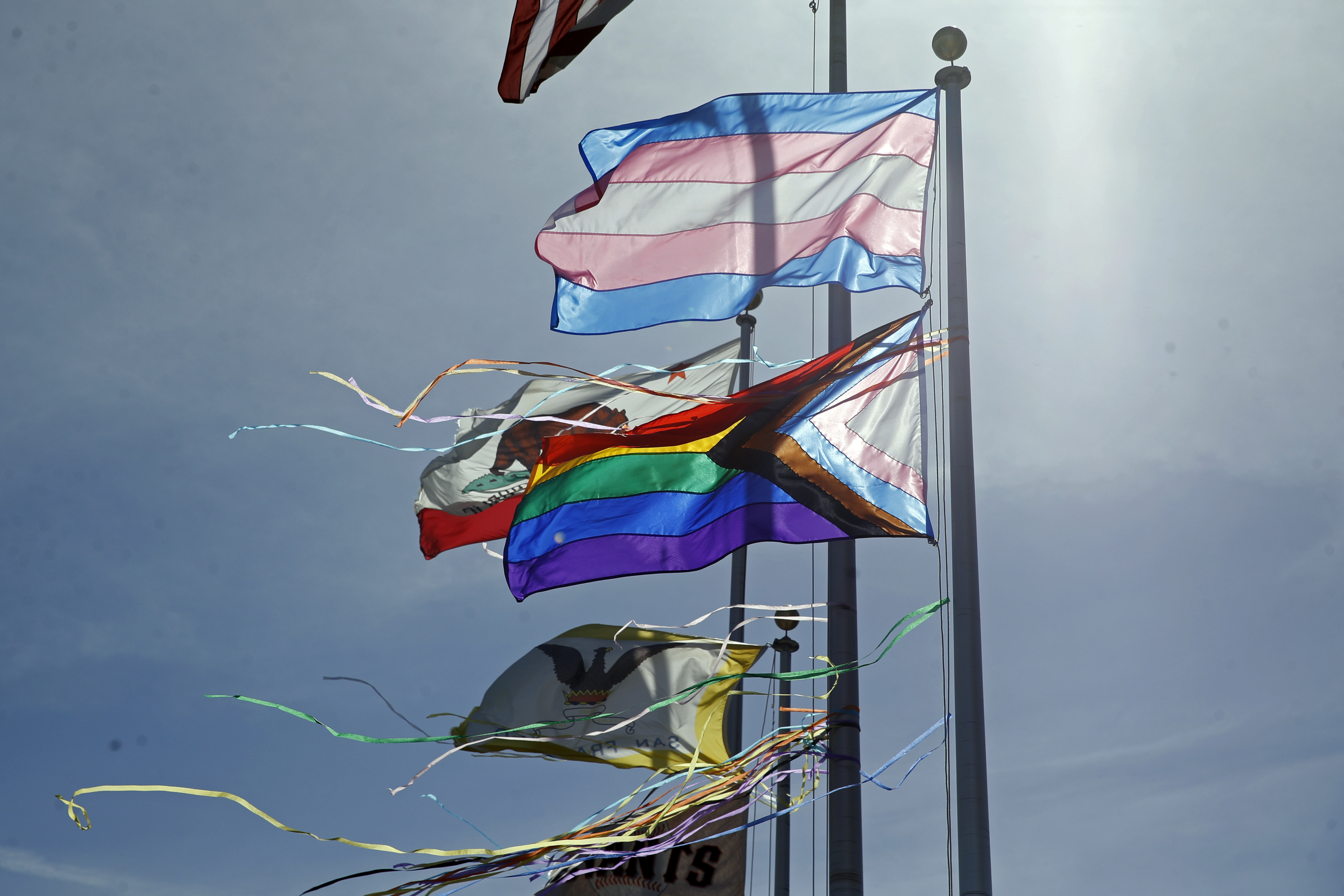 There was huge news in the world of sport ahead of the Tokyo Olympic Games as New Zealand’s Laurel Hubbard become the first ever transgender athlete picked to compete in the games. Officials in New Zealand have selected Hubbard to compete as part of their women’s weightlifting team following changes to the entry requirements. In 2015, the International Olympic Committee changed the rules and it is now possible for a transgender athlete to compete as a woman if their testosterone levels are below a specified threshold. 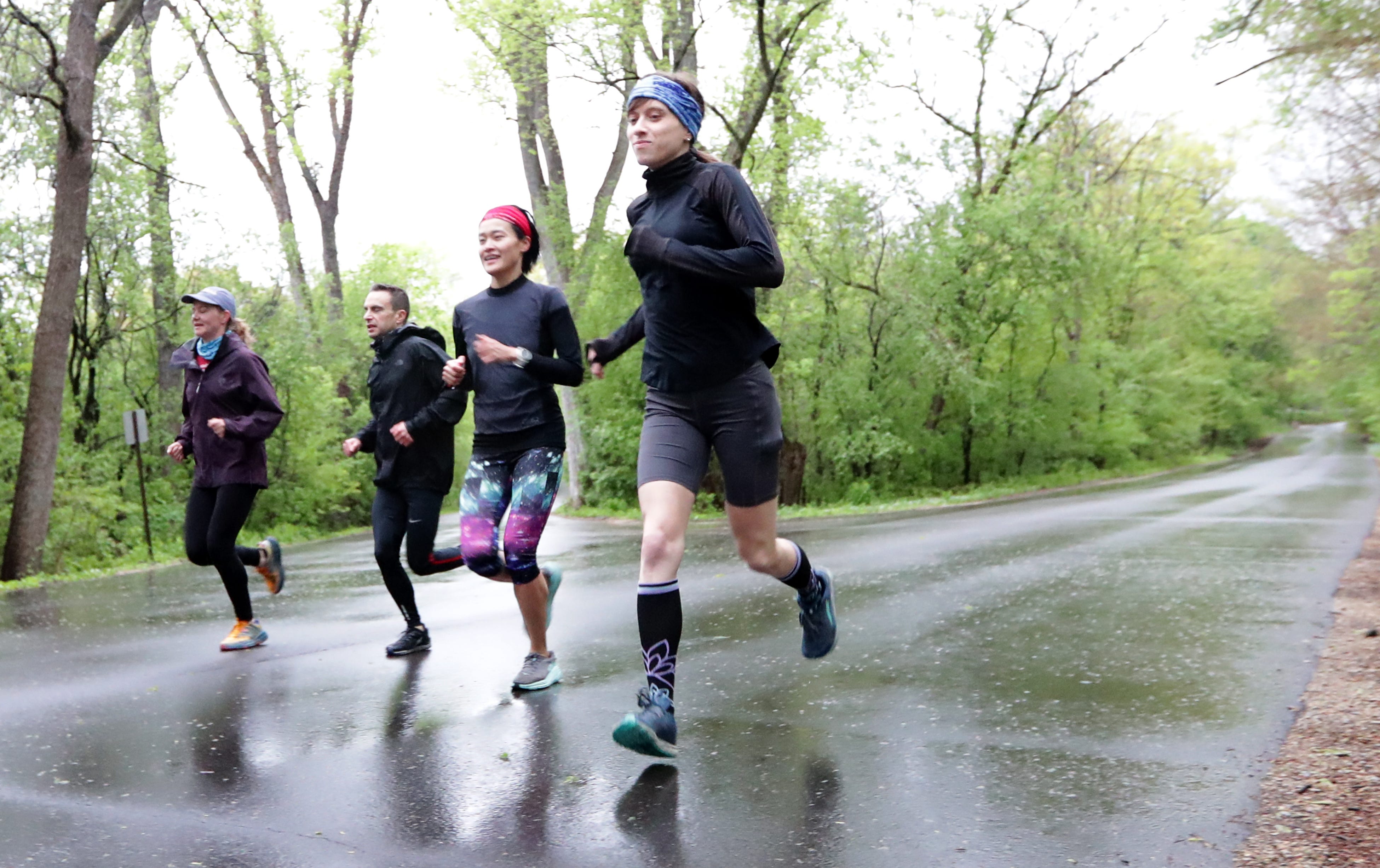 Emma Cameron, far right, runs with friends in a running club including, from far left, Britta Welsch, Nathan Dowd, and Lin Zhao at the University of Wisconsin-Madison Arboretum in Madison on Thursday, May 6, 2021. Cameron, 28, is a runner and transgender woman who had a photo of her running tweeted out without her permission by Barbara Dittrich (R-Oconomowoc), a state representative forÂ the 38th Assembly District who authored a bill proposing legislation that would ban transgender athletes from participating in women’s sports at every grade level and in college. The lawmaker tweeted a photo of her in mid stride during a race in February with a superimposed black bar over Cameron’s eyes. “She said she was trying to protect my identity but everyone was commenting they knew that was me,” Cameron said. – Photo by Mike De Sisti / Milwaukee Journal Sentinel via USA TODAY NETWORK
Transgender 00440

Before coming out as transgender in 2013, Hubbard competed in men’s events and it is the first time in the history of the Olympic Games a transgender athlete has been selected. Speaking in a statement via the New Zealand Olympic Committee, Hubbard said, “I am grateful and humbled by the kindness and support that has been given to me by so many New Zealanders.”

The question is, what does this mean for the Olympic Games and professional sport going forward?

For some, this is a huge controversy and critics believe her inclusion is unfair on female-born athletes. Those who believe Hubbard should not be able to compete point to male puberty and how due to this period of life, males have increased bone and muscle density. Some fellow competitors have not been afraid to voice their concerns, including Belgian weightlifter Anna Vanbellinghen.

Vanbellinghen, who will compete in the same category as Hubbard in the Tokyo Olympics thinks it is ‘like a bad joke’ and said, “Anyone that has trained weightlifting at a high level knows this to be true in their bones: this particular situation is unfair to the sport and to the athletes,” before continuing, “Life-changing opportunities are missed for some athletes – medals and Olympic qualifications – and we are powerless.”

Vanbellinghen did say she is supportive of the transgender community but that inclusion should not be made at the expense of other athletes.

However, the New Zealand Olympic Committee believe there is no issue and chief executive, Kereyn Smith, said, “As well as being among the world’s best for her event, Laurel has met the IWF eligibility criteria, including those based on IOC Consensus Statement guidelines for transgender athletes.”

The outcome of the weightlifting event could have wide ranging implications, not only for transgender athletes in the Olympic Games but across all sports. Will pressure increase on other sports, such as football, tennis, rugby, and cricket to allow transgender athletes to compete against other members of the sex with which they identify? 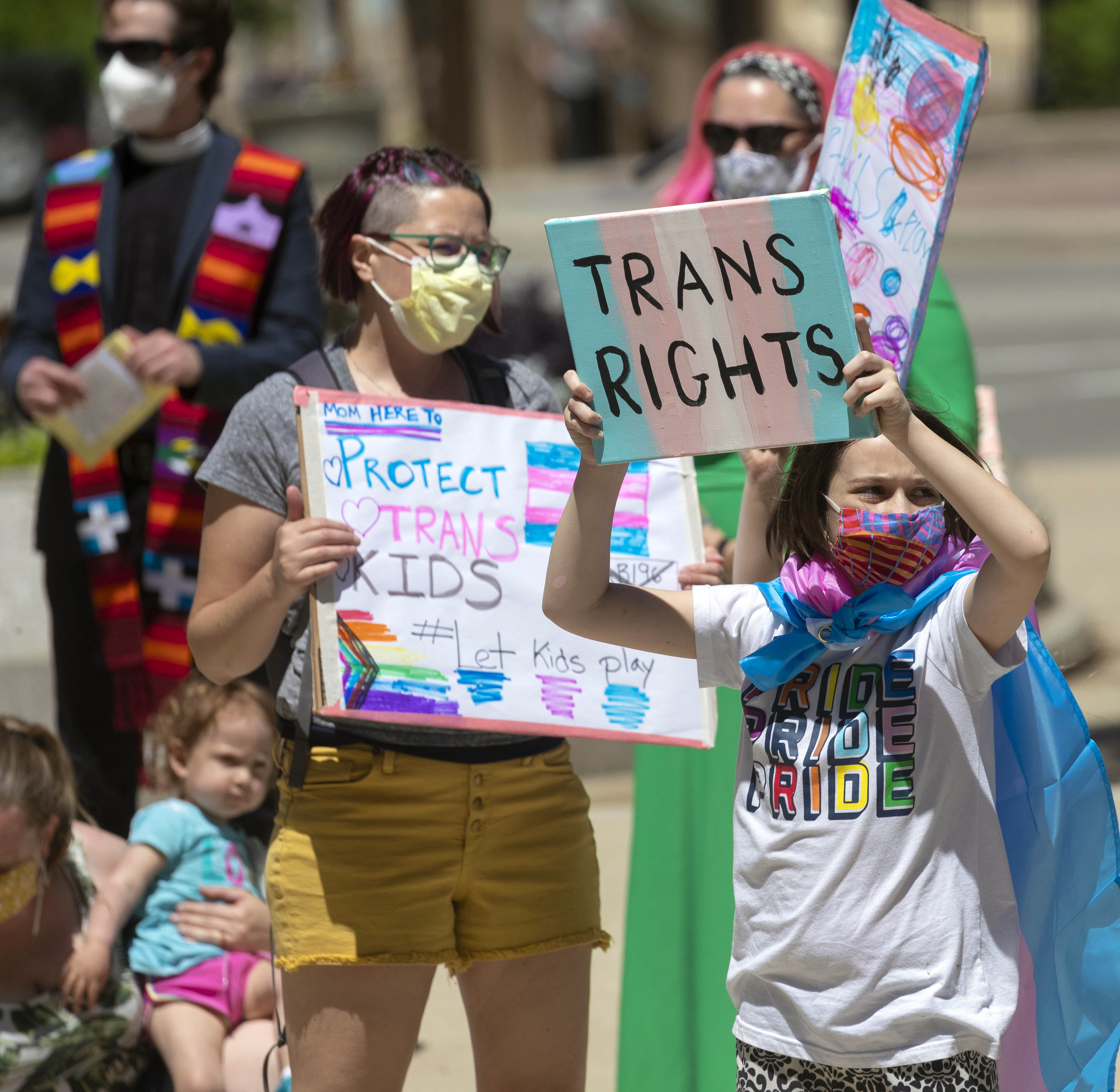 May 26, 2021; Madison, WI, USA; Julian Niebauer, a 10-year-old transgender boy, takes part in a rally for transgender rights that drew about 75 people Wednesday, May 26, 2021 at the Capitol in Madison, Wis. He is from Middleton, Wis. Republicans who control the state Legislature are holding hearings Wednesday on legislation that would ban transgender athletes from competing in girls’ and women’s school sports — a proposal opposed by nearly 20 groups, including the statewide body that oversees high school sports. Mandatory Credit: Mark Hoffman-USA TODAY NETWORK

At the time of writing, there is much focus on testosterone levels but as the science improves, we are likely to see other measures come into place to help keep competition fair. Ultimately, the only thing every competing athlete wants at the Olympic Games is a fair contest. Former Olympic swimmer, Sharron Davies said in an interview with the BBC, that at an elite level the performance gap between men and women could be 10% to 20% and that this “potential benefit” cannot be ignored.

Davies also spoke out about how natal women could ultimately miss out on medals, scholarships, and the chance to compete in the future. There is a belief that the identity of a person is not what is competing in a sport, it is the body of the person and that is why this announcement has sparked such great debate in the sporting world.