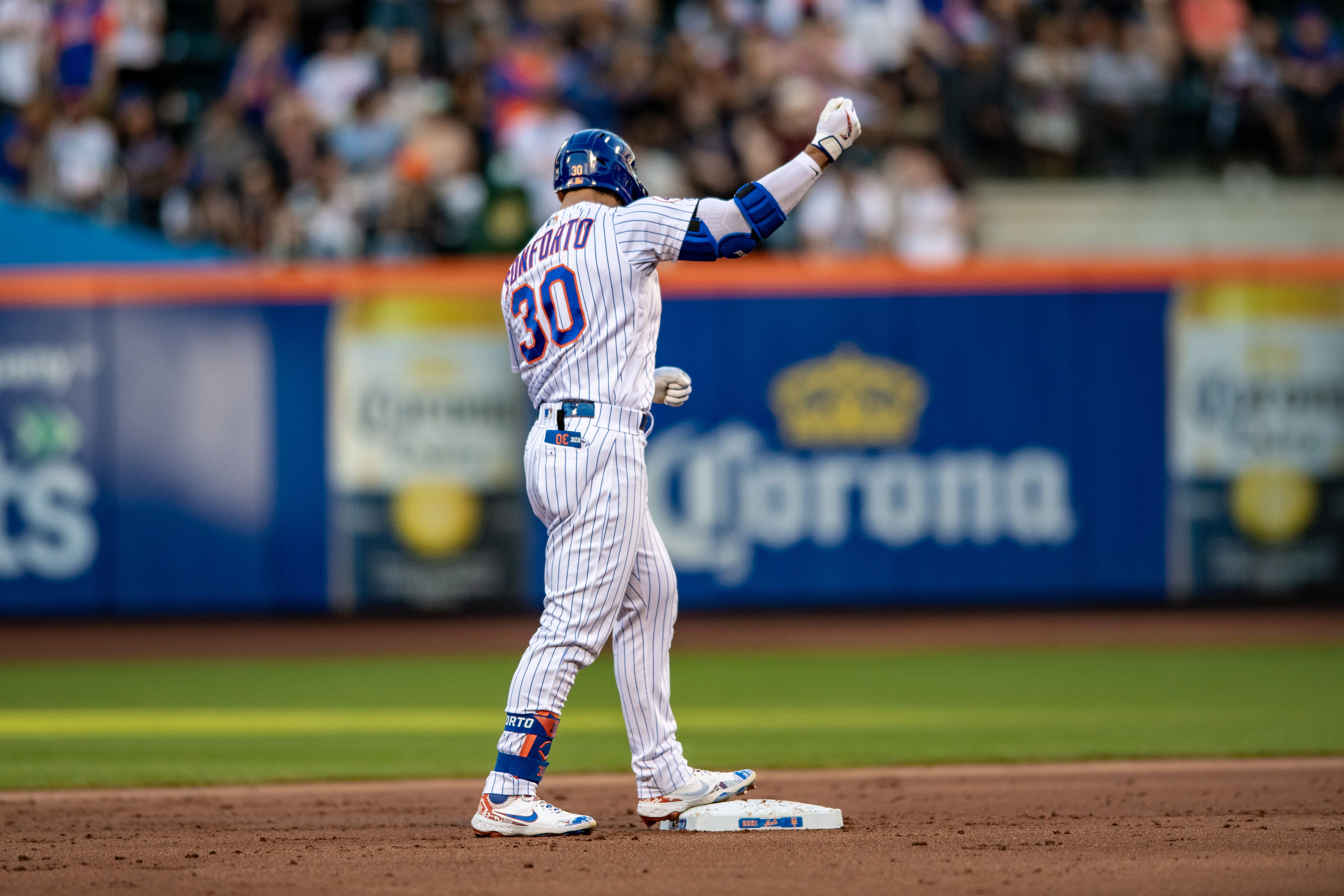 Lemme give you an idea of the kind of juju I have:

When the Nets were up 2-0, I decided to buy a ticket to Game 5. Since then, they lost two games, lost Kyrie Irving, won the Game 5 I went to, but then lost games 6 and 7.

Then, when the Islanders couldn’t score on a 5-on-3 tonight and then gave up a goal, I said “turn out the lights”. Since then, the Lightning gave up three goals.

And that’s not even mentioning that I titled a blog post “The Avoiding Injury Challenge, and then three players got hurt.”

This was just in the past two weeks.

I give you all of this to prepare you for what I’m about to say, and that I have to say it really carefully so as not to “wake anybody up”, if you know what I mean. But Wednesday was the first day that the Mets have had a healthy Conforto, a healthy McNeil, and a relatively decent Francisco Lindor (and by relatively decent I mean not hitting .112). Of course, the pitching is in shambles, but the Mets might (I stress might) be able to get through this stretch while still standing on both feet.

The Mets’ 7-3 win over the Braves is the kind of game they’re going to have to win a lot of over the next three weeks. They’re going to jump on bad pitching early, like they did tonight jumping on Kyle Wright for five runs in the first two innings. A Conforto double was the key hit in the first, as it led to two runs scored on a wild pitch and a fielder’s choice, and Lindor’s two run HR in the 2nd made it 5-0 and the Mets were on their way. Conforto’s return, I think, will be the catalyst to jump start the offense. 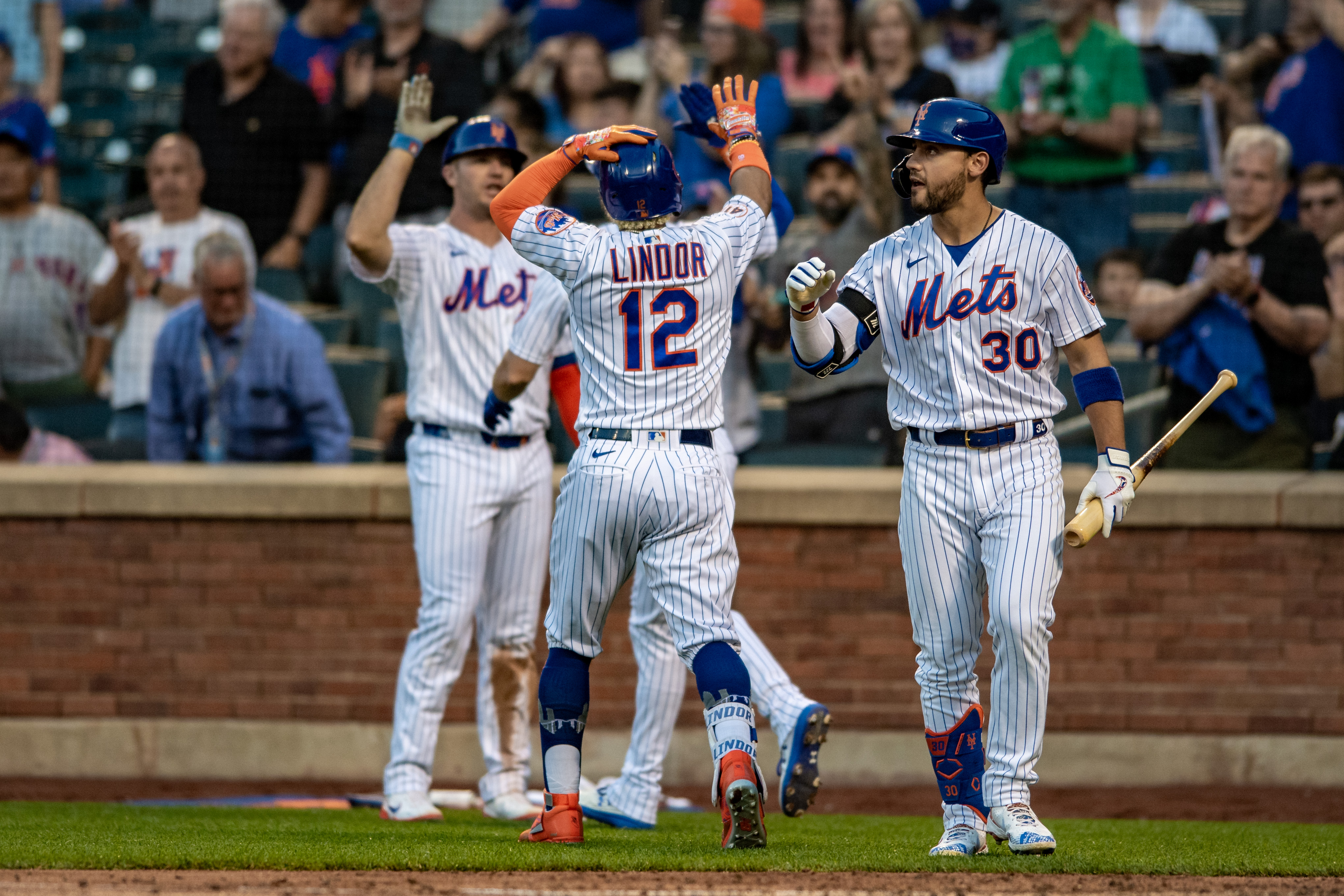 They’re also going to have to limp along with the pitching they have. Tylor Megill came up from the depths of the minors to start tonight, and he threw the starter’s set at the Braves tonight. A lot of four seamers with some cutters and off speed stuff thrown just enough to keep hitters honest. As is the case with a lot of pitchers just starting out, he showed that he needs to work on command a bit. But he got through it, save for a two run HR that he gave up to Ender Inciarte in the fifth which kept him from reaching the five innings necessary to get the victory.

Corey Oswalt did get the victory, and I hope he got the championship belt that they give out in the clubhouse too. Partly because I think relievers are going to get screwed out of this belt thing on most nights, and partly because … well, he deserved it. Oswalt pitched 2 and 1/3 innings, and after giving up a run in his first two batters with a wild pitch mixed in, (He was helped by Brian Snitker sending up Drew Smyly to pinch hit as the tying run with two outs in the 6th for some reason.) Oswalt did a great job bridging the gap to Edwin Diaz and giving the rest of the bullpen (besides Miguel Castro) a full two days off going into the doubleheader on Friday. It was, for sure, a roll of the dice by Luis Rojas to let Oswalt start the 8th inning, but Corey at least got that extra out to help Edwin Diaz get to the end.

The Mets also have to tack on runs late, which seems like they haven’t done since David Wright was a rookie. Pete Alonso and Conforto singled in the 7th to set up an RBI single by James McCann. Then after a walk to Luis Guillorme and a McNeil single, Lindor brought home Guillorme with a single in the 8th to make it 7-3, which was your final. 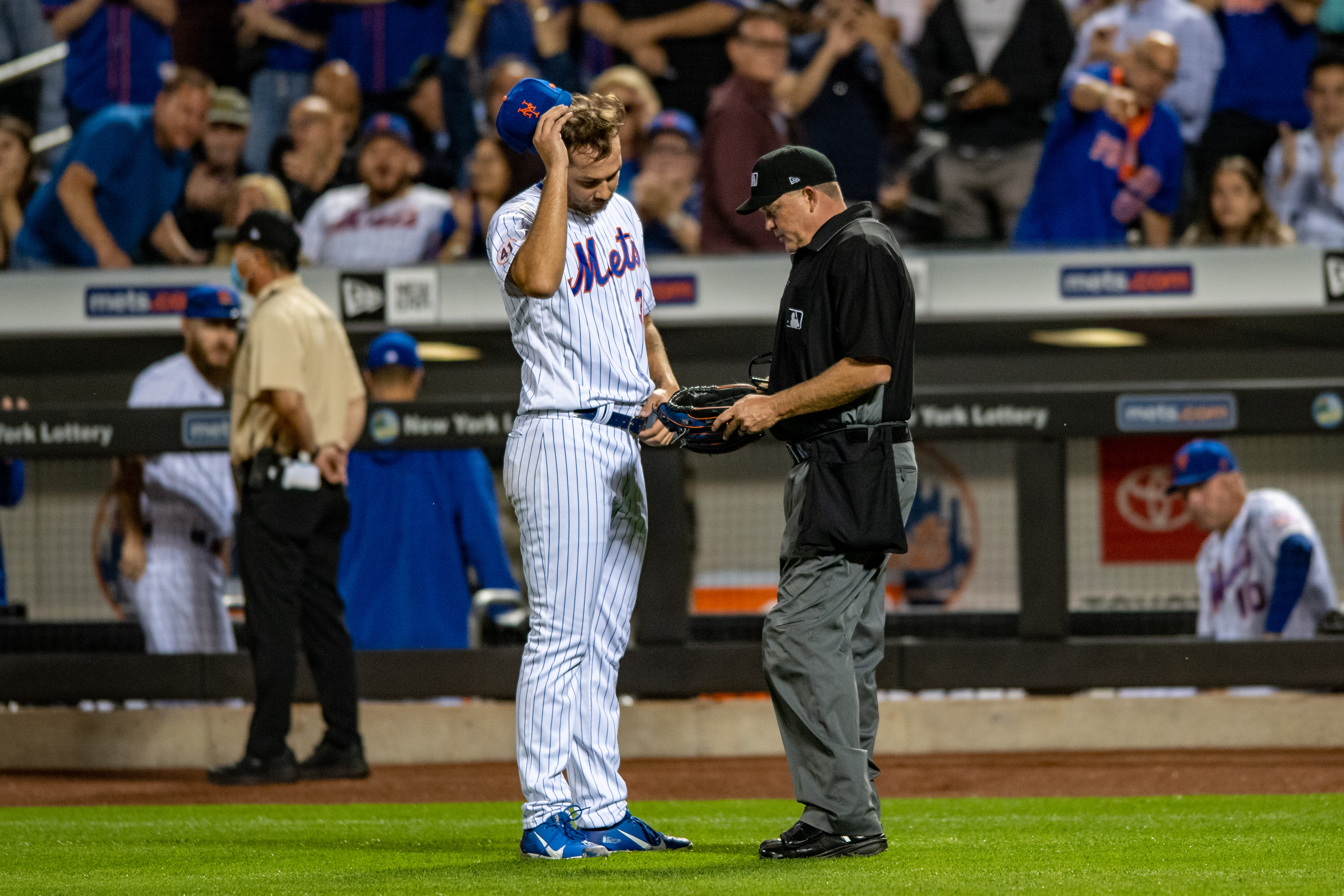 The Mets aren’t whole, with Brandon Nimmo and J.D. Davis still out, and Jonathan Villar nursing a bum calf. But they’re whole enough to be more than the pop gun offense they’ve been forced to be, while being flexible enough to have the depth for Rojas to do what he envisioned doing since the beginning (don’t screw it up.) If this offense takes off like I think they can (I stress: think), then even with a rotation that’s going to feature Megill and Jerad Eickhoff (and hopefully Marcus Stroman after it was reported that his MRI was mostly clean), then they’ll be all right.

Of course it helps that the Marlins turned back into pumpkins, the Braves are limping with a brutal bullpen and now nursing an injury to Ronald Acuña Jr., and the Nationals and the Phillies are too busy searching for Spider Tack while challenging each other to fights to care about what the hell the Mets are doing.

But still, I want to make it clear that I’m not making any sweeping statements about the outcome of the National League East … yet.