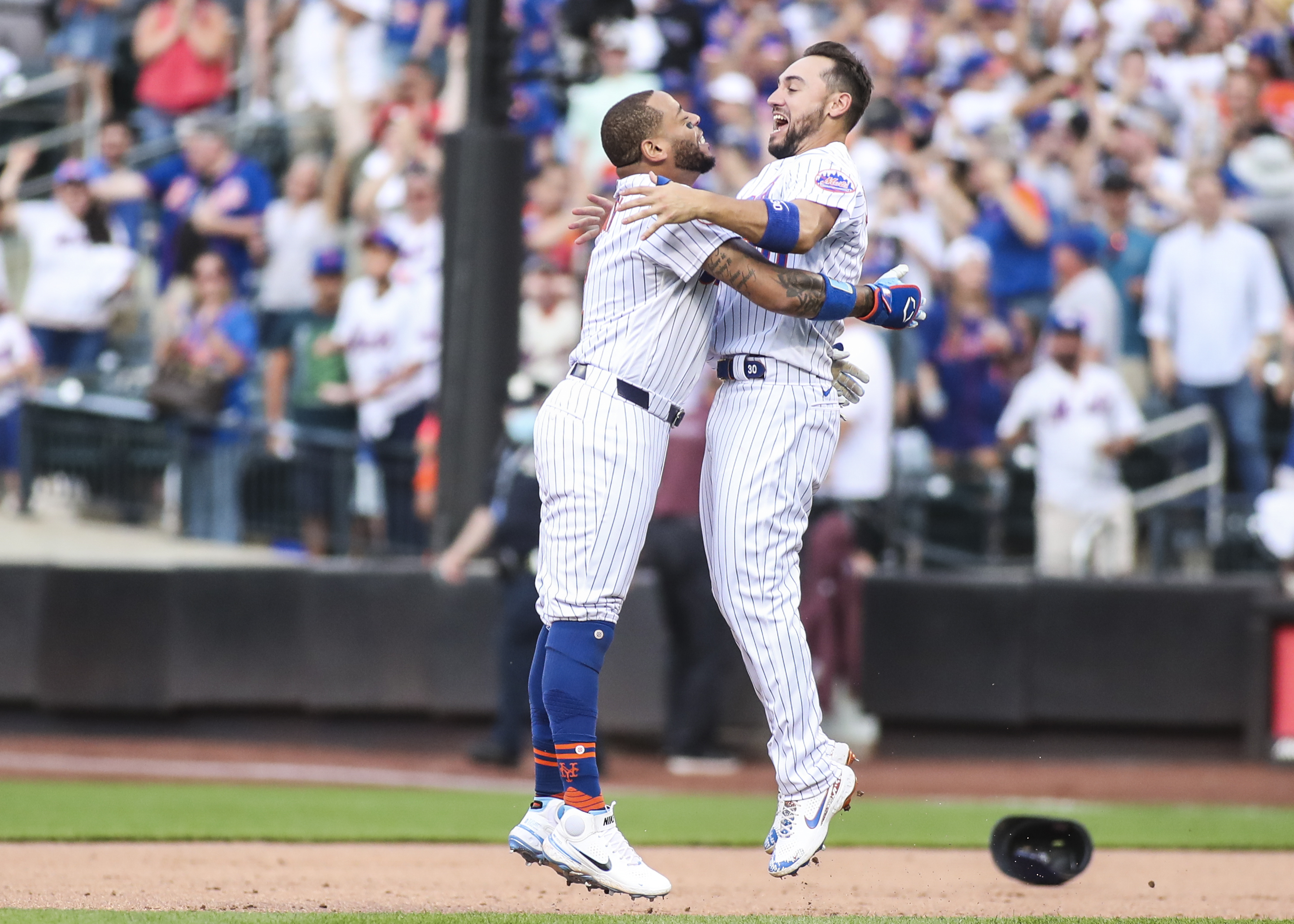 Well that was something.

Aaron Nola’s game one performance was one of the most dominating games of his career. He struck out 12 hitters in his first five innings, and drove in the only run that the Phillies hoped they would need. Nola hit two balls hard off Taijuan Walker, including the double that drove home Nick Maton, who was the recipient of Walker’s biggest mistake of the day as he walked the 8 hole hitter who had been in an 0-for-22 slump.

Embedded within Nola’s 12 K’s was a record tying ten in a row after he hit Jeff McNeil with a pitch and gave up a double to Francisco Lindor to lead off the game. With nobody out, Nola struck out Michael Conforto, Pete Alonso, and Dom Smith to get out of the first inning jam and start the streak which would put him in the same room as Seaver. But the pitch that caught Smith looking was dubious at best: and Angelic at worst: 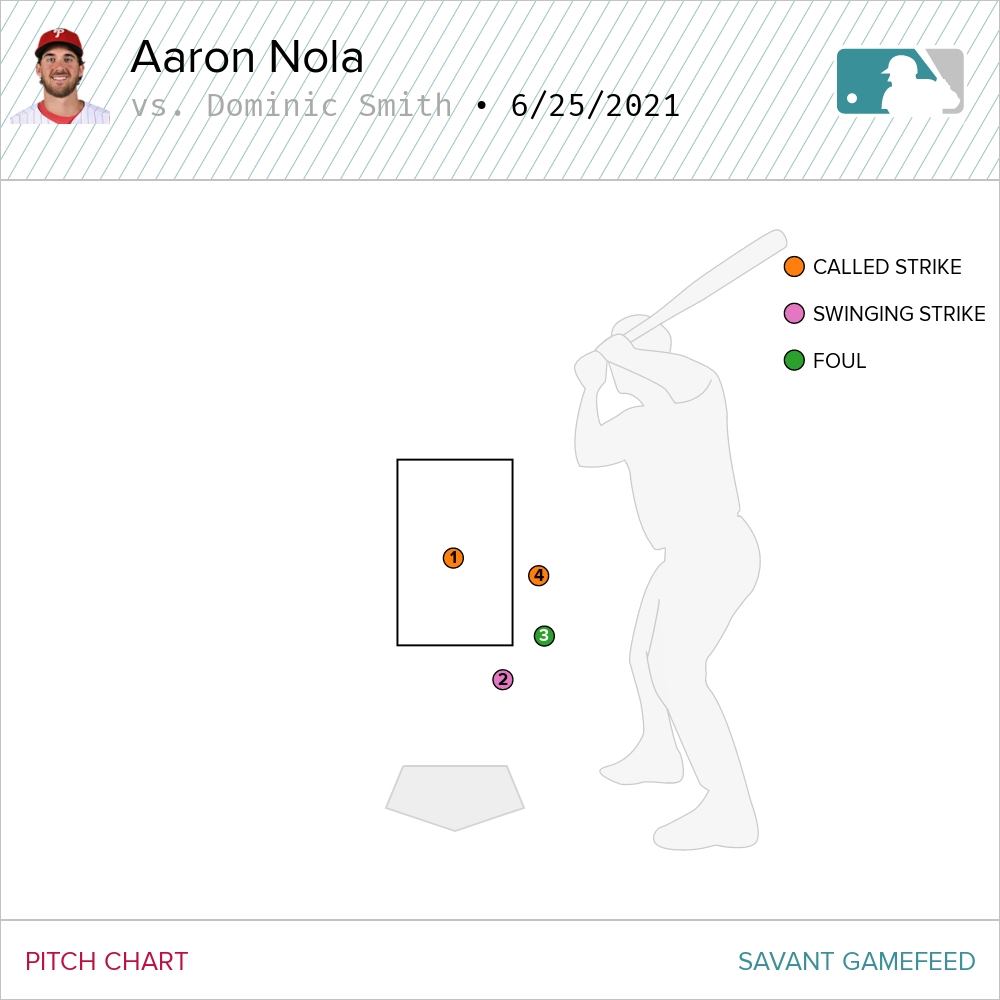 So until anybody can give me a good answer as to what makes this missed call different than the Carlos Beltran foul ball which landed on the line and caused the St. Louis Dispatch (and many other “haters”) put an asterisk on Johan Santana’s no-hitter, Nola’s streak gets an asterisk from me. Nevertheless, Nola had the Mets on a leash after the Mets handled Nola fairly well the first two times he faced them this season. He only threw his fastball 35 times out of 99, and five of those were to Taijuan Walker. Nola correctly scouted the Mets as a team full of Pedro Cerranos, and it worked for him. 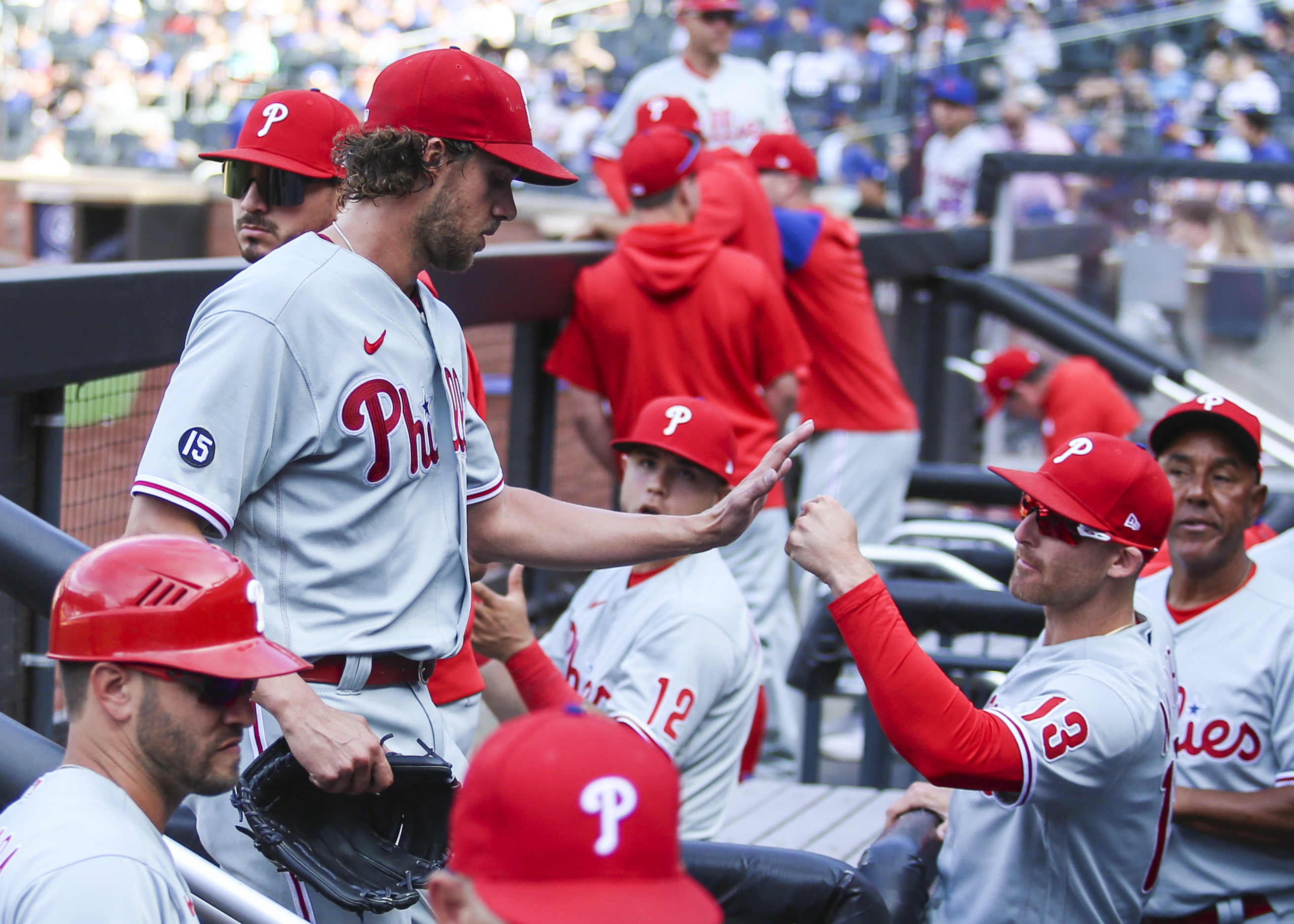 After the Mets wasted a bases loaded one out chance against resident Phillie dickhead Jose Alvarado in the 6th, Luis Guillorme led off the 7th with a topper to Alvarado, who threw it over the head of the other resident Phillie dickhead Rhys Hoskins (who may have lost it in the sun) to put Guillorme on second, and he got to third base on a grounder to the right side with two outs to set up Francisco Lindor for the penultimate at-bat with two outs in the 7th.

Now to be honest, I was bracing for heartbreak. We’re conditioned for that, right? But Lindor drove home Guillorme with a sharp single to center to make it 1-1 and send the game to extra innings. Lindor has had games where we all hoped would be the start of something spectacular, but this is definitely the game that the Mets got Lindor for: to turn heartbreak into hilarity. 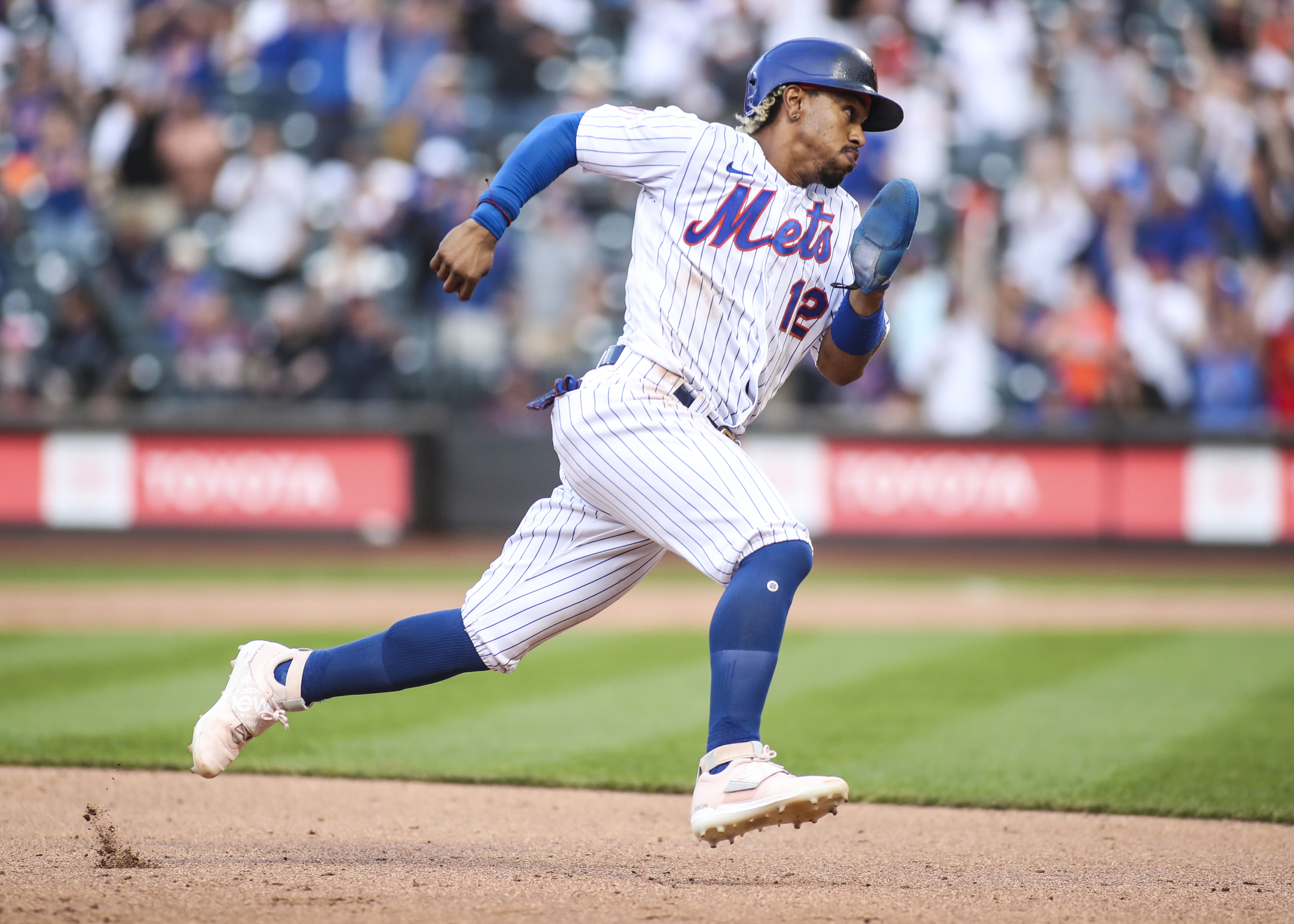 In a game that featured a couple of obvious heroes, Seth Lugo cannot be overlooked, sandwiching an intentional walk to Bryce Harper with three strikeouts to send the game into the bottom of the 8th. To start that inning, the Phillies intentionally walked Alonso to get to Smith. Now this was where Gare noted that the Phillies infield was playing in for the bunt and then said “there’s no way on this earth that Dom Smith is bunting”, which was kinda sorta akin to Tim McCarver betting his house that Randy Johnson vs Dae Sung Koo would be the biggest give up at-bat in the history of baseball.

Just like it was in 2005, the announcer got it wrong as Smith squared to bunt … twice! But with a 1-1 count and Gare still incredulous that Smith bunted at all, Smith sent a metaphorical j/k text to the baseball world, swinging away for the game winning single to center. It is the quintessential scintillating victory that the Mets have been looking for so far this season. That it came against the Phillies made it extra important. That it came because of a dumb play between dickhead number one and dickhead number two makes it extra sweet.