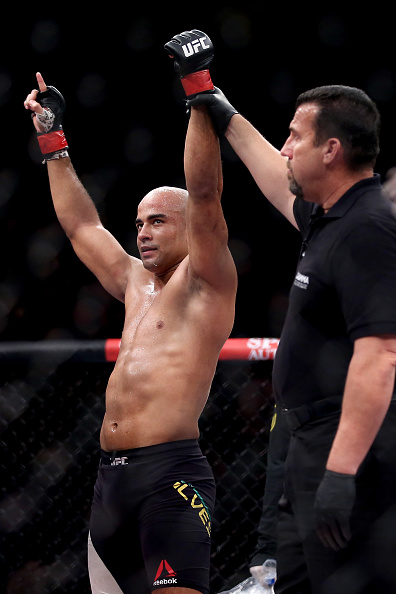 While this segment typically looks at a newcomer each week, this week we take a peek at a fighter who has had lots of fights in the UFC’s octagon. However, he’s yet to have that ‘breakout’ moment.

What makes Alves so dangerous is that he has great finishing instinct. You’ll rarely see him swarm an opponent or fall back for a submission if he doesn’t actually have it. As a result, he rocks a solid 75% finish rate inside the UFC, which includes a submission win over Colby Covington and a recent KO of Mournir Lazzez. Lately, he’s leaned much more on his heavy hands, but the submission game is right there when he needs it as well.

Despite having that early win over Colby Covington, he hasn’t built up a real resume-building win. Covington was still a little raw at the time and a virtually unknown fighter. Since then, he hasn’t really put together a long win streak. The real bane of his UFC stay has been making mistakes that got him caught. Being finished by both Randy Brown and James Krause make it hard for him to crack the rankings despite his skill and wins.

Jeremiah Wells is taking this fight on short notice. He hasn’t fought in nearly two years either. Both of those things are already tough to overcome in their own right. However, the larger reason this is a good matchup is that Wells is a bit of a wild man. He likes to throw big strikes anytime he feels like he’s getting the better of the exchanges. With Alves being so good at capitalizing on small mistakes, you have to imagine he’s going to locate one of the mistakes by Wells here and finish him.