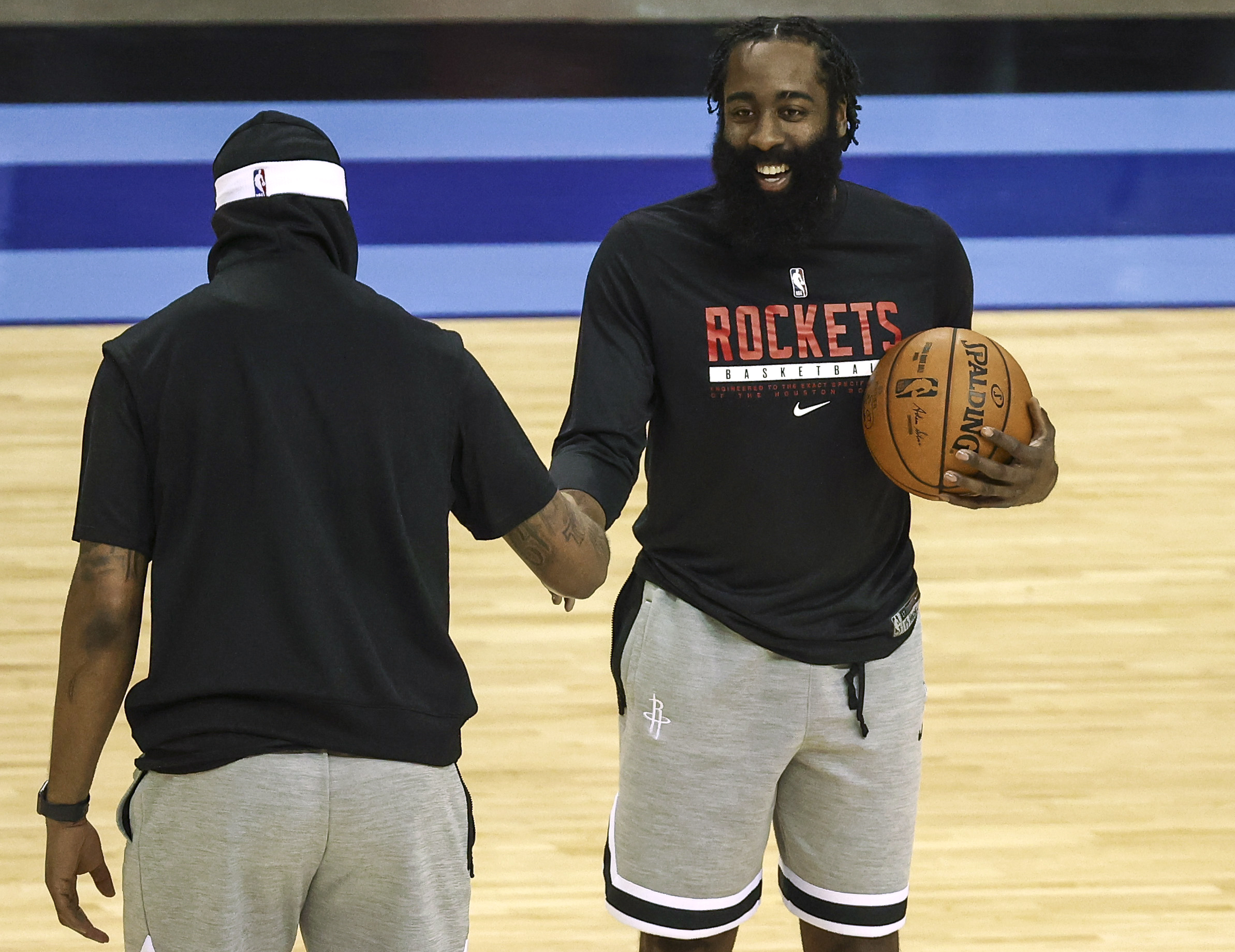 The Houston Rockets moved to Houston from San Diego in 1971. Since that time, the team has won eight division titles and two NBA championships leaving many to question the “secret sauce” of the team’s unity and championship-caliber play. While it is obvious that the Rockets have had some of the most talented and exciting players to grace the court, fans may be interested to know that it is the off-the-court team-building – like field trips, hatchet throwing, and even paintball in Houston that many point to that helps to explain their unique chemistry.

Whatever the trick may be, here is a look at the best players in Houston Rockets history. Rankings are based only on the players’ performance in a Rockets jersey. They are ranked by dominance, longevity and their contributions to the team’s success. 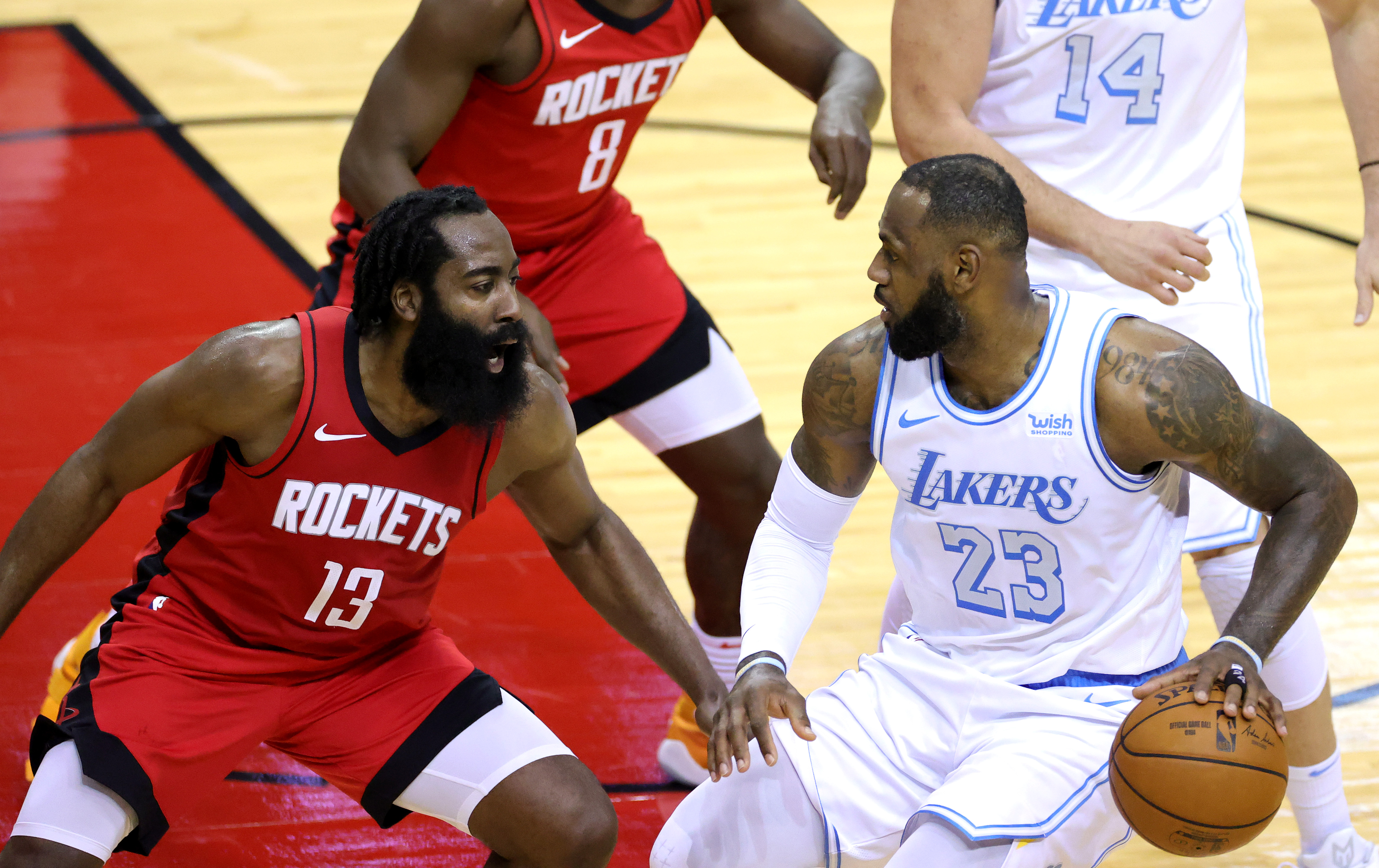 Jan 10, 2021; Houston, Texas, USA; LeBron James #23 of the Los Angeles Lakers controls the ball ahead of James Harden #13 of the Houston Rockets during the second quarter of a game at Toyota Center on January 10, 2021 in Houston, Texas. Mandatory Credit: Carmen Mandato/Pool Photo-USA TODAY Sports

Harden is a pure scorer and many experts consider him one of the best shooting guards to ever play the game.

He was traded to the Brooklyn Nets earlier this year but he will always be remembered for his outstanding play with the Rockets.

Yao spent eight seasons with the Rockets and the 7’6”, 310-pound native of China went to the All-Star Game in every season he played in the NBA.

He shot 52.4 percent from the floor during his NBA career and averaged a career-best 25.0-points-per-game in 2006-07. He also represented China at the Olympics three times.

It is hard to determine how great Yao could have been had he not struggled with injuries throughout his career. His feet and ankle ailments made it too painful for him to continue to play. He was just 28 when he played his last full season in the NBA.

Yao was inducted into the Basketball Hall of Fame in 2016.

Malone spent six seasons with the Rockets from 1976-77 through 1981-82 and went to the All-Star Game in each of those years. He also led the league in rebounds three times while in a Rockets jersey.

He averaged a career-high 31.1-points per game in 1981-82, his final season with the Rockets. He won two NBA MVP Awards with Houston before he was traded to the 76ers.

Malone was a dominant big man in an era when centers controlled the tempo of the game.

He was inducted into the Basketball Hall of Fame in his first year of eligibility in 2001. Sadly, Malone passed away in 2015 at the age of 60.

“Hakeem the Dream” is the greatest player in Rockets history. He led the team to their only two NBA titles in 1994 and 1995, interrupting the Chicago Bulls dominance of the league in the 1990s. In both of those seasons, he led the NBA in playoff scoring.

Olajuwon spent 17 seasons with the Rockets and averaged 22.5-points per game during his tenure with the team. He won the league MVP award in 1993-94 and earned All Star honors 12 times.

Olajuwon twice led the NBA in rebounding including a career-high 14.0 boards per game in 1989-90. He also averaged more than 20-points-per-game in his first 13 seasons in the league.

In 2008, Olajuwon was inducted into the Basketball Hall of Fame.