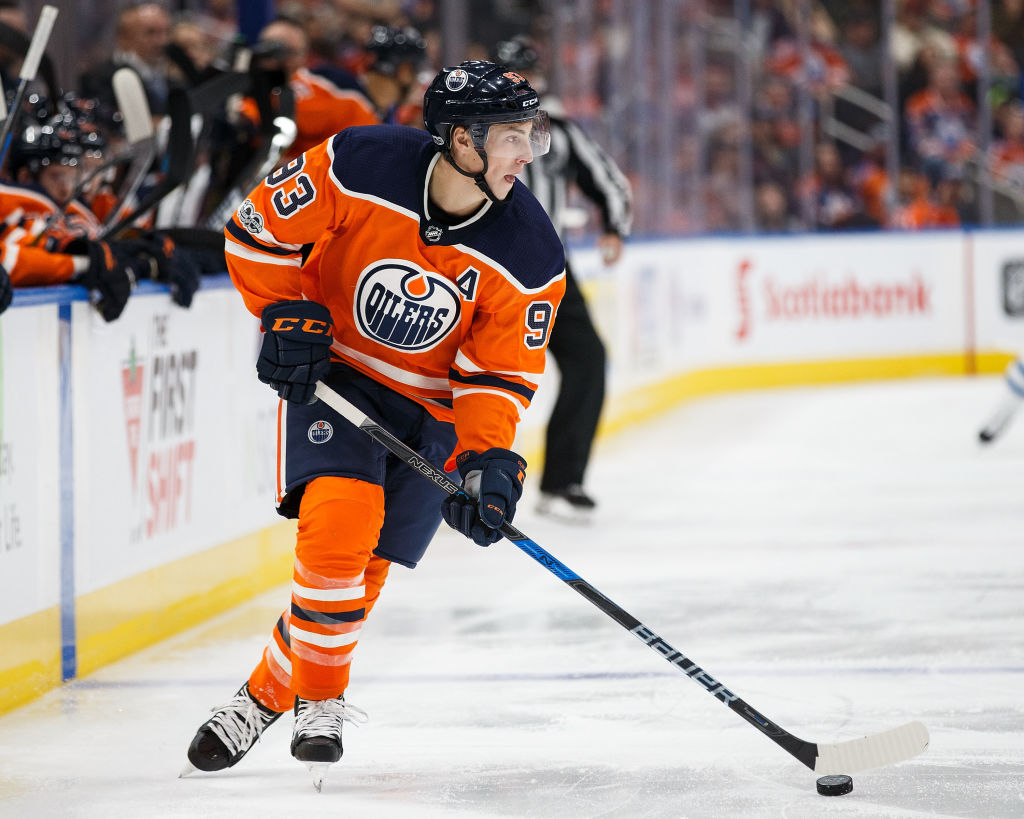 The deal will be worth $41 million per Rishaug, meaning that Nugent-Hopkins will carry an annual average value of $5,125,000. The deal also includes a full no-movement clause.

There had been serious doubt that Nugent-Hopkins and the Oilers would find common ground. As recently as the end of the 2020-21 season, the sides were still far apart. GM Ken Holland did admit at his season ending press conference that Nugent-Hopkins was part of the core and that they would essentially try again after pro scouting meetings. Those second efforts clearly bore fruit.

The first overall pick in the 2011 NHL Entry Draft, Nugent-Hopkins has played his entire career in Northern Alberta. It appears likely his whole career will now be as an Oiler. He struggled at five-on-five in 2020-21, but is still a valuable piece to an Oilers team that has reached the playoffs in two straight seasons.

Nugent-Hopkins appeared in 52 games this past season, scoring a respectable 35 points (16 g, 19 a). His five-on-five numbers, however, were not strong. Nugent-Hopkins scored just seven goals at five-on-five in 2020-21, and scored just 16 of his 35 points overall in the game state. Those numbers are especially concerning when you consider the fact he spent a majority of his time with one of Connor McDavid and Leon Draisaitl.

Still, Nugent-Hopkins is a strong powerplay option, and has been serviceable on the penalty kill throughout his career. His re-signing also makes the summer more manageable for the Oilers, who now need to focus on signing just one top-six left winger as opposed to two.

Nugent-Hopkins is not a perfect player, but he’s a proven top-six NHL forward who contributes on both special teams units. It’s also a smart bet that Nugent-Hopkins will see better results at five-on-five in 2021-22. Should head coach Dave Tippett consistently put him with Draisaitl and Kailer Yamamoto, a line he has proven chemistry with, Nugent-Hopkins should rebound quite nicely.

That’s the bet Holland is making here. It’s not a bad bet at all.

The contract is also a classic give and take between player and team. The Oilers successfully, and most importantly, get a lower cap hit here. Nugent-Hopkins carried a $6,000,000 cap hit in each of the last seven seasons, and will now carry a $5,125,000 hit. Edmonton saves $875,000 on the cap, which is a big positive when considering all the work Holland must do this summer.

The term of eight years is the give. At 28, Nugent-Hopkins is unlikely to be a top-six forward when this contract expires. Still, he should be a productive player for the first four-to-six years of the deal. That timeline coincides with the ‘McDavid window’.

In the end, the Oilers couldn’t afford to lose a productive left winger off their roster. Signing Nugent-Hopkins, at what amounts to a discounted AAV, is a solid bit of business for Holland.

Now, the veteran GM must go to work securing another top-six forward and an upgraded bottom-six. This, however, is a good bit of business to kick off the most important summer of Holland’s time in Edmonton.