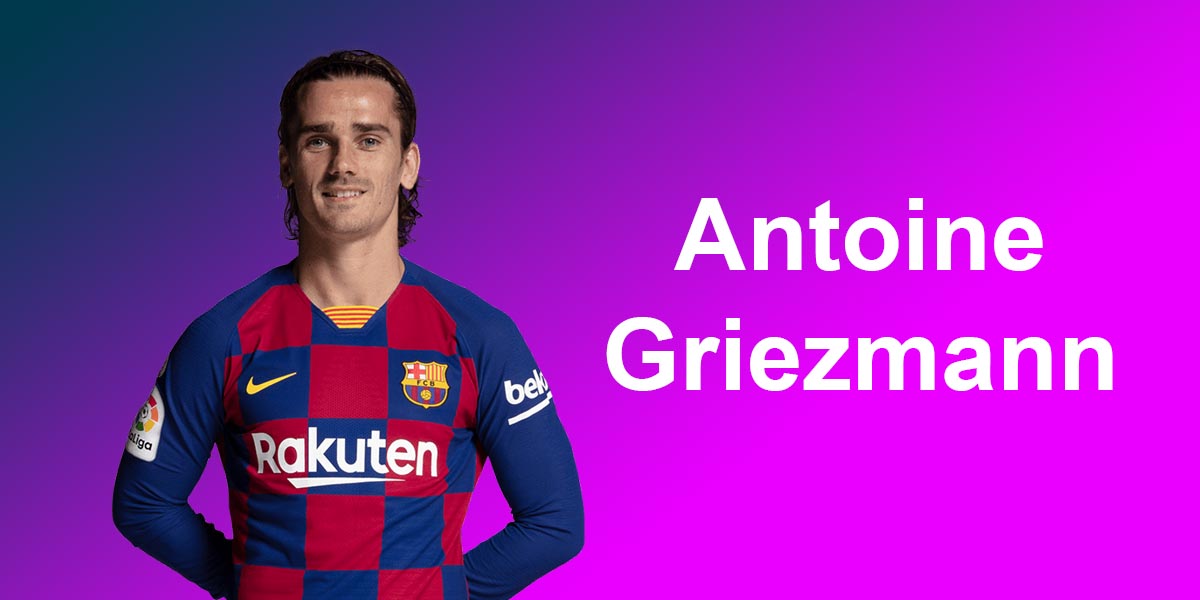 Did you know that Griezmann was offered a contract with the Portugal national team? His grandfather played for “Paços de Ferreira” and then fled to France because of the Salazar dictatorship

Some of Antuan’s relatives still live in Portugal.

Antoine Lopes Griezmann. This could’ve been the name of one of the “Barcelona” players. However, in France, unlike Portugal, it is not customary to include the mother’s name in the child’s full name. Even though Antoine is partly Portuguese, his grandfather Amaro Lopes was born in Portugal and has been playing football as well.

Due to Griezmann’s roots, he was offered to play for Portugal clubs. Some conflicts in the French amateur team, that he was part of at the time, made him consider the offers. Yet, they never happened.

Antuan’s grandfather has played for “Paços”, but he moved to France and became a construction worker (fled due to dictatorship) 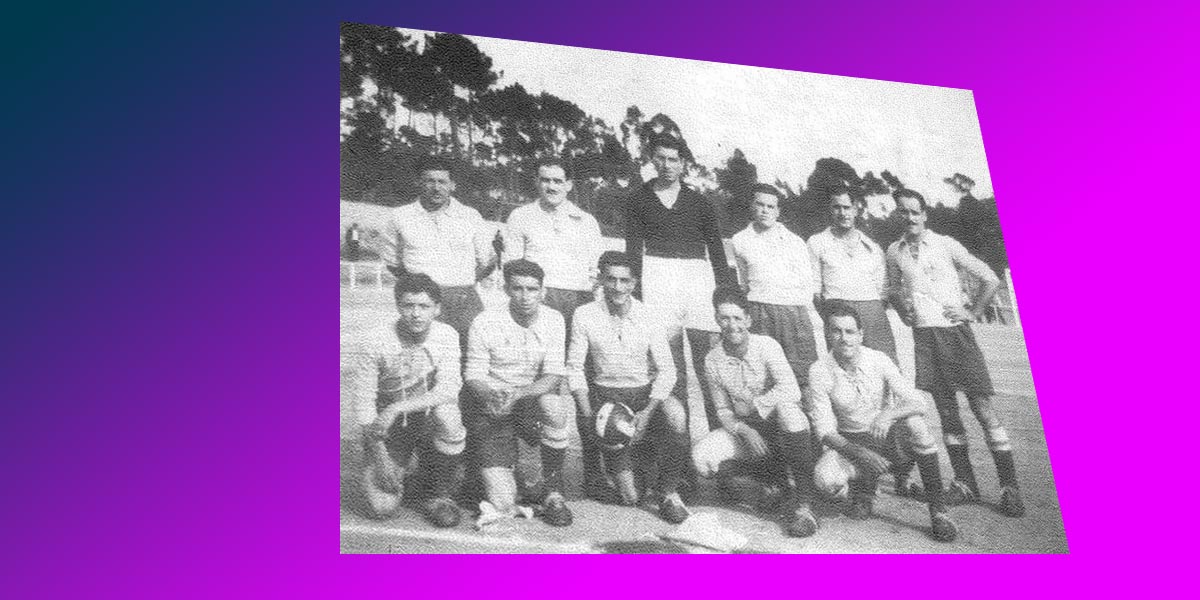 According to bet raja, Griezmann was born in the small French town called Macon, 70 kilometers away from Lyon. There, at the age of 6, he started playing for the local football team. His dad Alain Griezmann (German roots, thus the last name) was part of the town council and was obsessed with football. At a young age, he played for a Macon local team as well. However, after his football career ended, he resorted to training 13-year-old kids from the nearby school.

Griezmann’s grandfather is third from the left on the bottom.

In the year 1957, Amaro has migrated to France with his wife Carolina. He settled down in Macon and got employed as a construction worker. At the time, a lot of people had fled Portugal due to the dictatorship of Antonio de Oliveira Salazar.

There would arise even more reasons to migrate from Portugal as the ‘60s approached. Portugal provinces Goa, Daman, and Diu in India were occupated by the Indian military forces. Anti-colonial riots have started in Angola, Mozambique, and Portuguese Guinea. As a response, Portugal has sent a significant part of the army to these destinations and spent a fortune to fight the rebels. Colonial wars resulted in 1.6 million people fleeing Portugal to avoid military enlistment and looking for work elsewhere.

The Lopes family was one of the first ones to arrive in Macon from Portugal. Griezmann’s grandmother was helping other Portuguese people to settle in the French town by, for instance, taking care of any necessary documents and trying to find work for them.  Portuguese refugees brought the passion for football over to France and founded a local football club called “Sporting de Macon”.

“Frankly speaking, Antoine took up a lot from the Lopes family. I would even say, there is more Lopes to him than Griezmann, even though I deeply respect his father, – said Griezmann’s uncle Jose Lopes. – His playstyle is very much like my father’s, Amaro.”

Antoine was born in 1991, a year before his grandfather passed. However, kept in touch with his grandmother Carolina, and she would have told him about Amaro a lot. To this day, Griezmann remembers his grandfather – he honored him by naming his son Amaro back in 2019.

Griezmann could have chosen Portugal. He was rejected from the France national team because of the dance party. 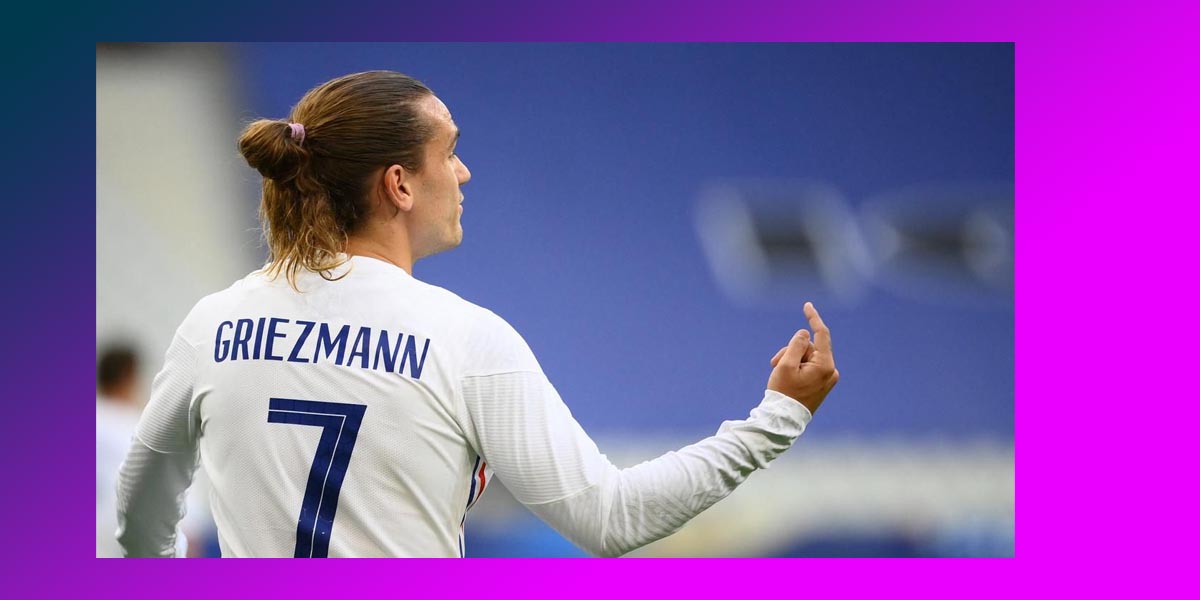 Griezmann’s career is not exclusively about success.

In October 2012, a match took place between the French junior team and Norway for the place in the Euro-2013 play-offs. They won on home ground at 1:0, and an outside match four days after. Late in the evening after the match, Griezmann, M’Vila, Mavinga, Niang, and Ben Yedder ordered a cab and took off all the way to Paris (nearly 200 kilometers), to hang out in the capital nightclub Crystal Lounge.

They came back closer to the morning. When the team took a plane to Oslo, the coach was aware of the incident yet did not act. While Mavinga and M’Vila made it to the match start, Griezmanna and Niang were on the bench. Mavinga had a rough start and misplayed twice. 30 minutes in, France was losing 0:3. Griezmann entered the field during the second half time, with 1:4 on the scoreboard. A few minutes later, Norway managed to fit in the fifth goal due to M’Vila’s mistake. Lacazette and Griezmann scored a goal in the last 10 minutes, which wasn’t enough. As the result, they were out.

It is possible that if France had won the match, the case of the young players’ late night out would be ignored. However, after the disastrous failure during the match, strict punishments followed: the coach was fired and Griezmann with a group was banned. They were restricted from participating in the French national league for over a year (until December 2013). M’Vila had it the hardest – banned until June 2014 for numerous violations.

Portugal representatives approached Griezmann when he was about 17-18 years old and had a conversation with his mother. At the time, Antoine did not receive an invite to any of the junior French teams. Even though they didn’t make any offers, he was invited to U-19 a year later.

Griezmann thoroughly weighed his options during the qualification. “When he got suspended, Antoine said he didn’t have any intentions to play for the French national team again, he would rather take his time to change his citizenship and become a part of our Portugal team. But thankfully, he came back, and he’s doing great”, – recalled Griezmann’s uncle, Jose.

Antoine’s cousin Ana Isabel Silva, who is still a resident of Paços de Ferreira, confirmed: “My aunt once said that he wants to play for Portugal. It would be great, but honestly, doesn’t make much sense. His whole family is in France. Yes, he is partly Portuguese, but he is still French after all”.

Everything worked out nicely in the end. The suspension expired, and coach Dide Desham immediately made him an offer to join the French national team.

“Some of my relatives will put on Portuguese t-shirts, others – French shirts. And depending on which team has lost – the other will be made fun of, – jokingly said Antoine before the Euro-2020 match. – I am very proud to play for France. And I would love to play against Portugal. My mom will attend the match. Playing against such a wonderful country like Portugal, and also Ronaldo always feels special. We will do our best to win for all the French people and my mother.”