Lightning win game one of the 2021 Stanley Cup Final 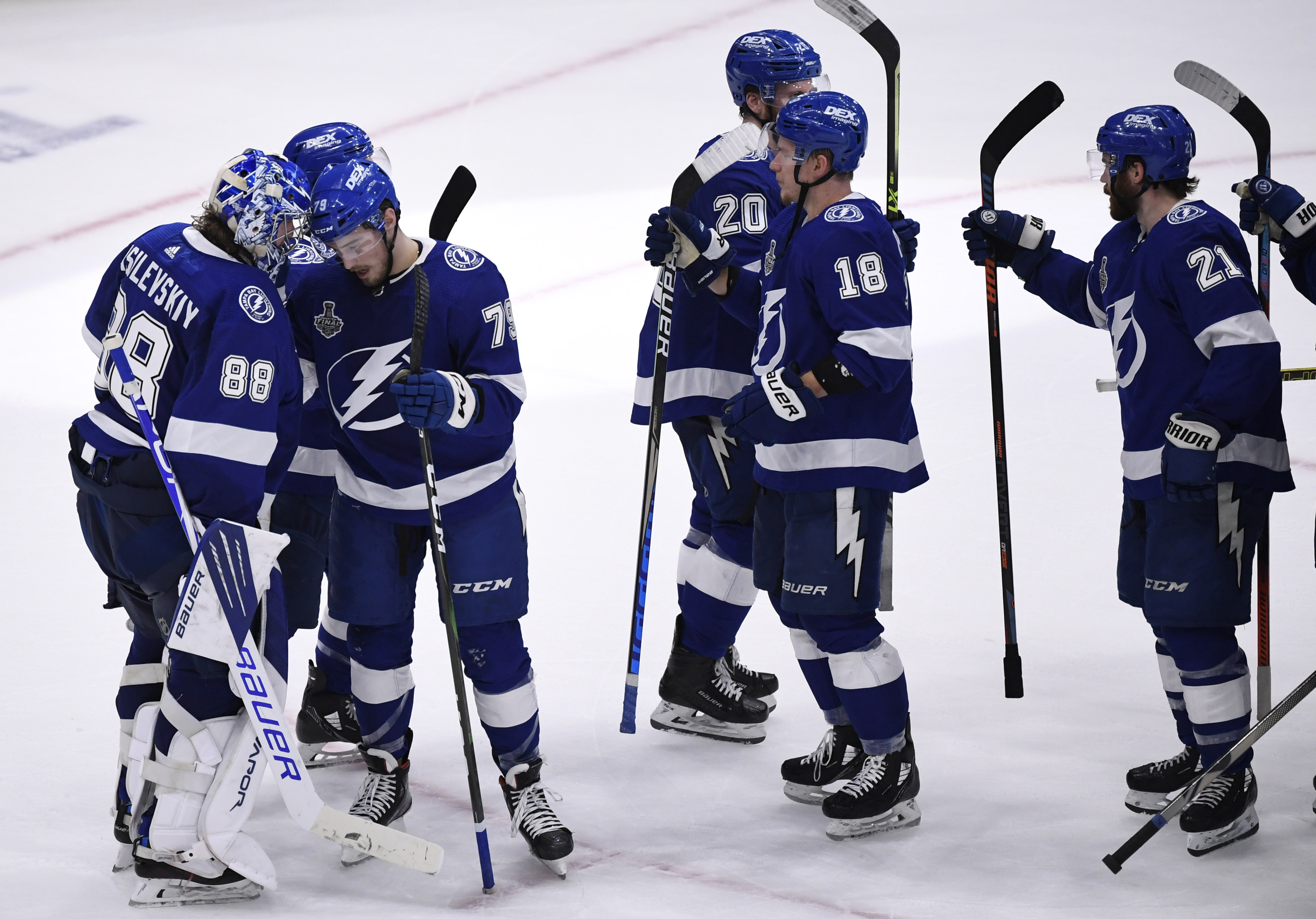 Lightning win game one of the 2021 Stanley Cup Final

The Tampa Bay Lightning have won the opening game of the 2021 Stanley Cup Final. From the Amalie Arena in Tampa, the Lightning defeated the Montreal Canadiens 5-1.

Tampa Bay was led in scoring by Nikita Kucherov of Maykop, Russia, and Brayden Point of Calgary, Alberta. Kucherov and Point each had three points. Kucherov had two goals and one assist, while Point had three assists. The other Lightning goal scorers were centres Yanni Gourde of Saint-Narcisse-de-Beaurivage, Quebec, and Steven Stamkos of Markham, Ontario, as well as defenseman Erik Cernak of Kosice, Slovakia.

Reggie Leach of Riverton, Manitoba, holds the National Hockey League record with a goal in 10 consecutive playoff games. He achieved that mark with the Philadelphia Flyers in the 1976 Stanley Cup Playoffs. Also in the 1976 postseason, Leach set the record for the most goals in a single playoff with 19. He won the Conn Smythe Trophy in 1976 despite the fact the Flyers did not win the Stanley Cup. Philadelphia lost to the Canadiens in a four game sweep. The Canadiens won their first of four consecutive Stanley Cup finals.

One Lightning player who is not in a goal scoring drought is Gourde, who has scored in his last two games. In both games, Gourde has scored the game-winner. Gourde now has six goals and one assist for seven points in the 2021 Stanley Cup playoffs. Game two of the Stanley Cup Playoffs is Wednesday in Tampa.