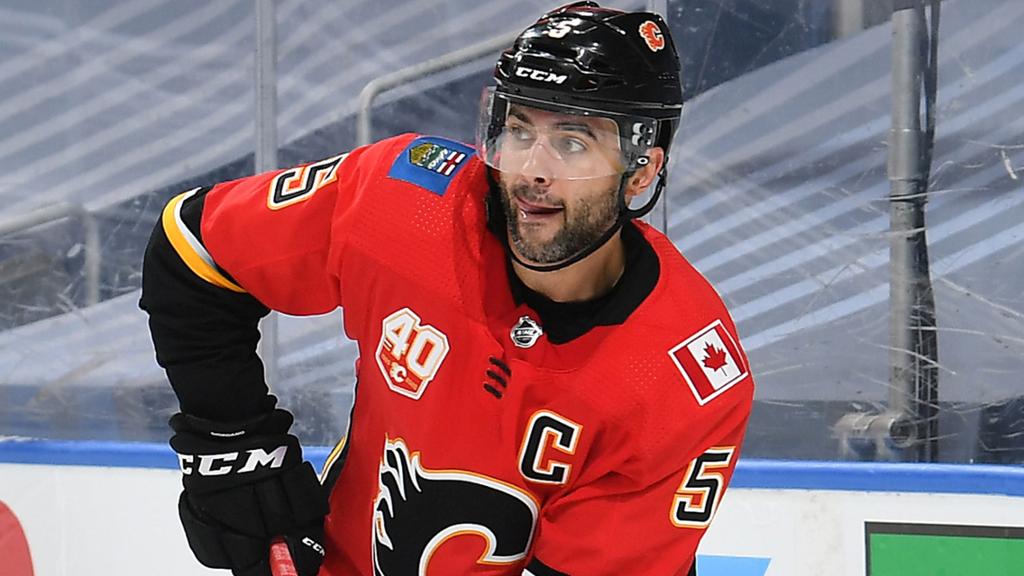 Unfortunately, it looks like the promising NHL career of defenseman Oscar Klefbom will not continue. After missing the entire 2020-21 season with a shoulder issue, Klefbom is likely to hang up the skates. His surgery on March 26th has done wonders for his everyday life, but the risks associated with playing NHL hockey again are likely too much.

Of course, as Jason Gregor of ‘Oilersnation‘ points out, nothing is 100% here. That said, the odds of Klefbom returning to the Oilers are slim to none. That means the club needs to have a solution this season for the top-four spot Klefbom would be holding down if healthy.

The club has two proven top-four defenseman signed for the 2021-22 season. Darnell Nurse will certainly anchor the top pairing after a career season in 2020-21, while Ethan Bear had an up and down season but is still the team’s most complete rearguard.

Should Adam Larsson re-sign, the club will have three of the needed top-four defenseman. The expectation is that Evan Bouchard will anchor down the third pairing, while some combination of Kris Russell, William Lagesson and Caleb Jones handles the left side minutes on that pair.

That leaves veteran GM Ken Holland with a hole on defense. It’s a hole he tried to patch up with Dmitry Kulikov at the trade deadline. It’s a hole he’s likely to address this summer.

Still, the rumblings indicate that the club is looking.

In his ‘31 Thoughts‘ column over at Sportsnet, NHL insider Elliotte Friedman connected two interesting names to the Oilers.

7. I do think some trade discussions are stalled because teams want to make sure they don’t run into expansion protection trouble. You aren’t making a move without making sure it means you don’t get chewed up by the Kraken. And Seattle is leveraging its position.

There are definitely teams concerned that the Kraken will draft exposed players and flip them elsewhere. For example, would Seattle draft a Matt Dumba or a Mark Giordano, potentially eat some salary and take bids? Either player makes sense for someone like Edmonton.

Could Edmonton really be interested in Giordano or Dumba? Both are top-four defensemen, but do they give the Oilers what they need?

Giordano is a left-shot defenseman, which fits perfectly with Edmonton’s needs. However, the Flames’ captain will be 38 just before opening night, and carries a hefty $6,750,000 cap hit. If Seattle were to flip him to the Oilers, the Kraken would need to eat a good chunk of his salary, perhaps even the full 50% that is allowed under the CBA.

While Giordano is not a long-term solution, there is a case to be made that he is a perfect fit for the club for a season or two. His underlying numbers are still solid, and while he isn’t the elite defenseman he once was, he’s still a solid player. Again, Seattle would have to eat some of the salary in any ‘flip’ scenario, but the Oilers could do a lot worse than Giordano as the second left side defenseman behind Nurse.

The fit for Giordano is obvious. The fit for Dumba is less obvious. Dumba is a right-shot defenseman, and the Oilers already have Bear and Bouchard under contract for 2021-22. With Bouchard playing every night now a priority, and the club trying to re-sign Adam Larsson, where Dumba fits in is a big question.

Would Dumba, or someone else, shift to the left side? Would the club trade someone like Bear to address a hole elsewhere on the roster?

Dumba also has two seasons left on his contract, as opposed to the one Giordano has. Dumba carries a cap hit of $6,000,000, and would also require retention from Seattle.

While on the ice at five-on-five, the Wild got 49.35% of the goals, but had 52.95% of the expected goals, indicating that Dumba was running in a little bit of bad luck this season when it came to goals scored and allowed. The Wild got 50.07% of the scoring chances with Dumba on the ice, and 56.38% of the high-danger chances.

Considering that the Wild were not an overly strong possession team in 2020-21, these numbers paint Dumba in a good light. They indicate that he is still very much a top-four defenseman in the NHL, and that the puck is going in the right direction while he is on the ice. In fact, one could argue he was the team’s best defenseman this past season.

This off-season is arguably the biggest off-season in Edmonton Oilers history. The decisions made by Ken Holland will likely determine if the Oilers can win the franchise’s sixth Stanley Cup in the next five years. Effectively, this summer sets the table for the ‘McDavid window’.

If Klefbom’s career is over, which seems more and more likely by the day, then Holland clearly believes that he needs to add a top-four defenseman. There is smoke here, as Friedman normally wouldn’t just toss something like that out there.

Both Dumba and Giordano carry large cap hits and will require assets to be moved out to get them to town. Neither is a perfect fit, but both represent real top-four options that can help the Oilers.

They aren’t the only options that will be available to Holland, however. The GM should look far and wide for ‘Klefbom insurance’ over the next few weeks. If anything, this report indicates that is exactly what Holland is doing.