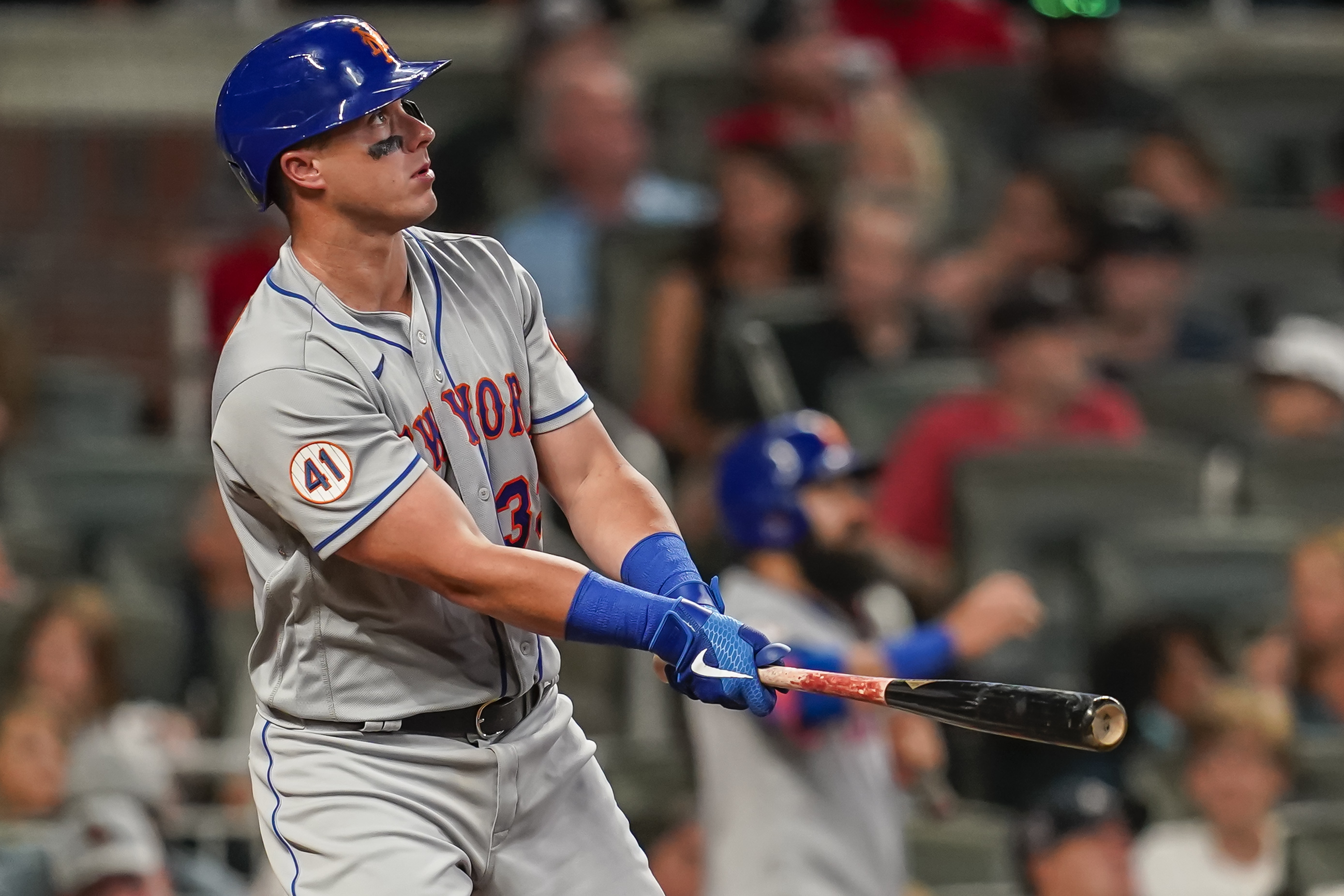 The Mets have taken a lot of heat lately for their offense. It’s deserved. But I found it interesting when Gare mentioned the stat that just one out of the 16 runs the Mets have scored in the previous six games were off of starters. That made what James McCann did on Tuesday extra important.

Tylor Megill started out great against the Braves, throwing a great 4 and 2/3’s innings in which is control was much better than it was in his previous start (85 pitches, 60 strikes). But this was before the Braves mustered up a two out rally with singles by Ronal Acuña Jr. and Freddie Freeman (though the shift) It was then that Jeremy Hefner came out to talk to MeGill. Now the old wives tale is that pitchers usually try extra hard to throw a strike with the first pitch after a pitching coach comes to calm them down. Ozzie Albies obviously is fluent in these tales as he ambushed a first pitch changeup and gave the Braves a 3-0 lead.

But in the 7th, with the Braves riding Charlie Morton for as long as he could go, the Mets rallied. Dom Smith hit a 3-2 curveball for a single (which if you know anything about how curves have bedeviled Smith this year, you’re impressed.) Kevin Pillar then worked out a walk to bring up McCann. What you should know is that in McCann’s previous at-bat in the 5th, he struck out on a curveball that I think was thrown to Savannah (and this was after he looked at a curveball in the zone). Earlier in the at-bat he swung and missed at a curve that was at least in the right zip code, but he missed nonetheless for an 0-2 count

However, Morton tried to go with two straight cutters to get McCann. The first one was a ball. The second one … well, that was jolted out to center for a three run HR to tie the game at 3-3. It was a big time jolt considering the Mets lack of success against starters in general, and good starters in particular. Morton might have made a mistake not going back to the curve, but the Mets don’t always hit mistakes. So to get this one was a huge, huge lift.

The Braves brought in A.J. Minter at that point, and considering that we’ve lived through Mel Rojas Sr., D.J. Carrasco, and the 2019 version of Edwin Diaz, I can only imagine what Braves fans must feel any time A.J. Minter and his 4.50 ERA and -0.2 WAR strolls to the mound. I can’t corroborate this, but a Braves fan told me that his entrance music is “Taps”. 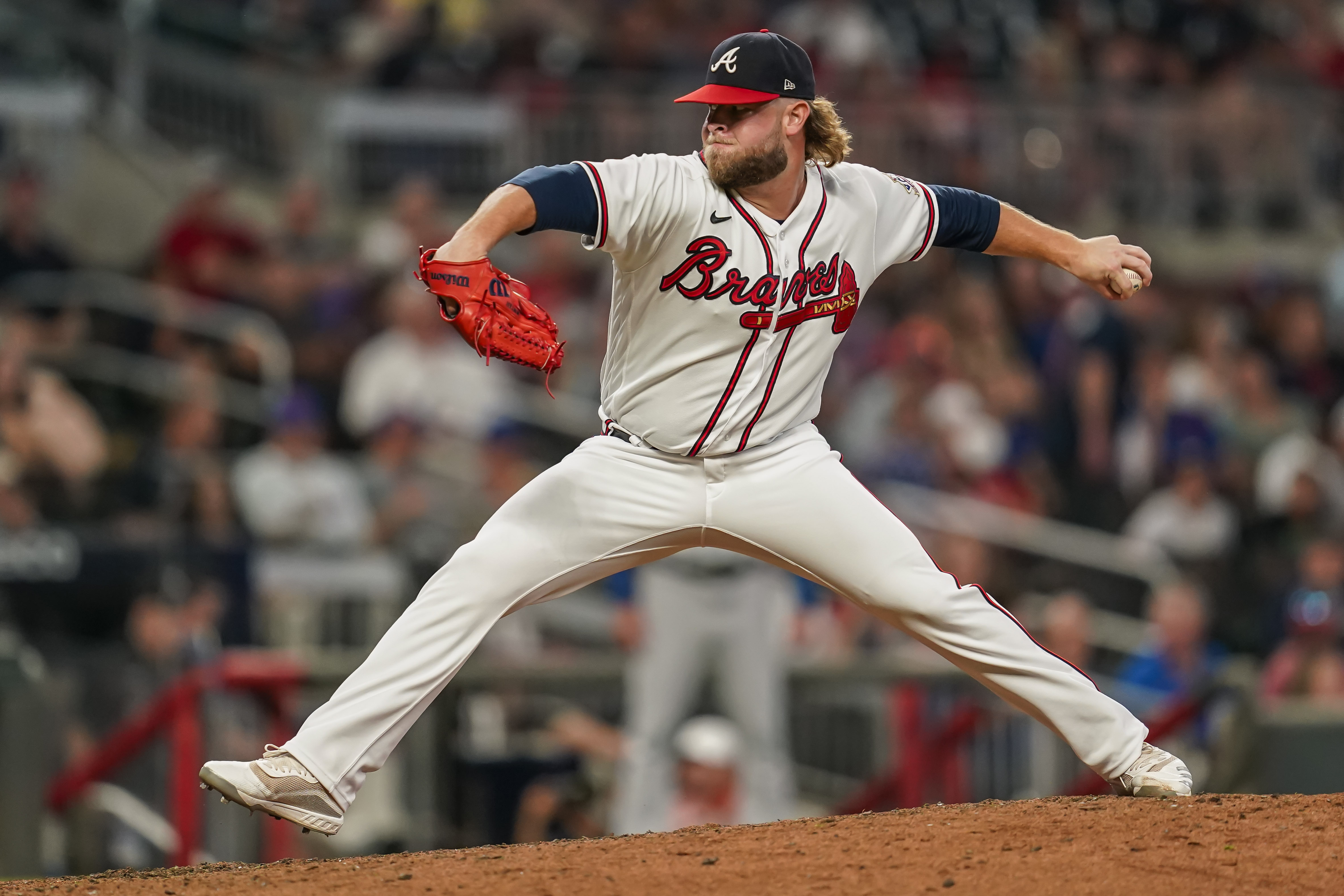 Minter gave up a ground rule double to Jose Peraza, and he came home on a ringing single by Francisco Lindor to give the Mets a 4-3 lead. Lindor has been skewered a bit more than usual lately because of the stretch that the Mets have been in lately. But between the two out ninth inning single against the Phillies last week and this, his hits have grown more timely lately.

The 2021 version of Edwin Diaz came in for the ninth to close it out after some good bullpen work by Drew Smith, Trevor May, and Seth Lugo (who had some command issues but pulled through.) With nobody out, Ehire Adrianza drove a 2-1 pitch to Kyle Schwarber territory, and it took the umpire forever to call it foul, and I think it took a few days off my life. But after that, Diaz needed just three pitches for the clean sheet. A fastball which Adrianza flew out on, a slider which Pablo Sandoval lined to right, and a fastball which Acuña popped up to end it.

As much as the Mets can frustrate everybody with them being allergic to things like hitting, they sure as hell take their Flonase* when they need to. Now the Braves get to see Jacob deGrom and Marcus Stroman for the rest of the series and if the Mets can rub two sticks together and make fire offensively, they might get out of this divisional stretch with minimal damage done to them. As they say on the Internet, it’s good to see.

*Metstradamus was in no way compensated for this product placement.