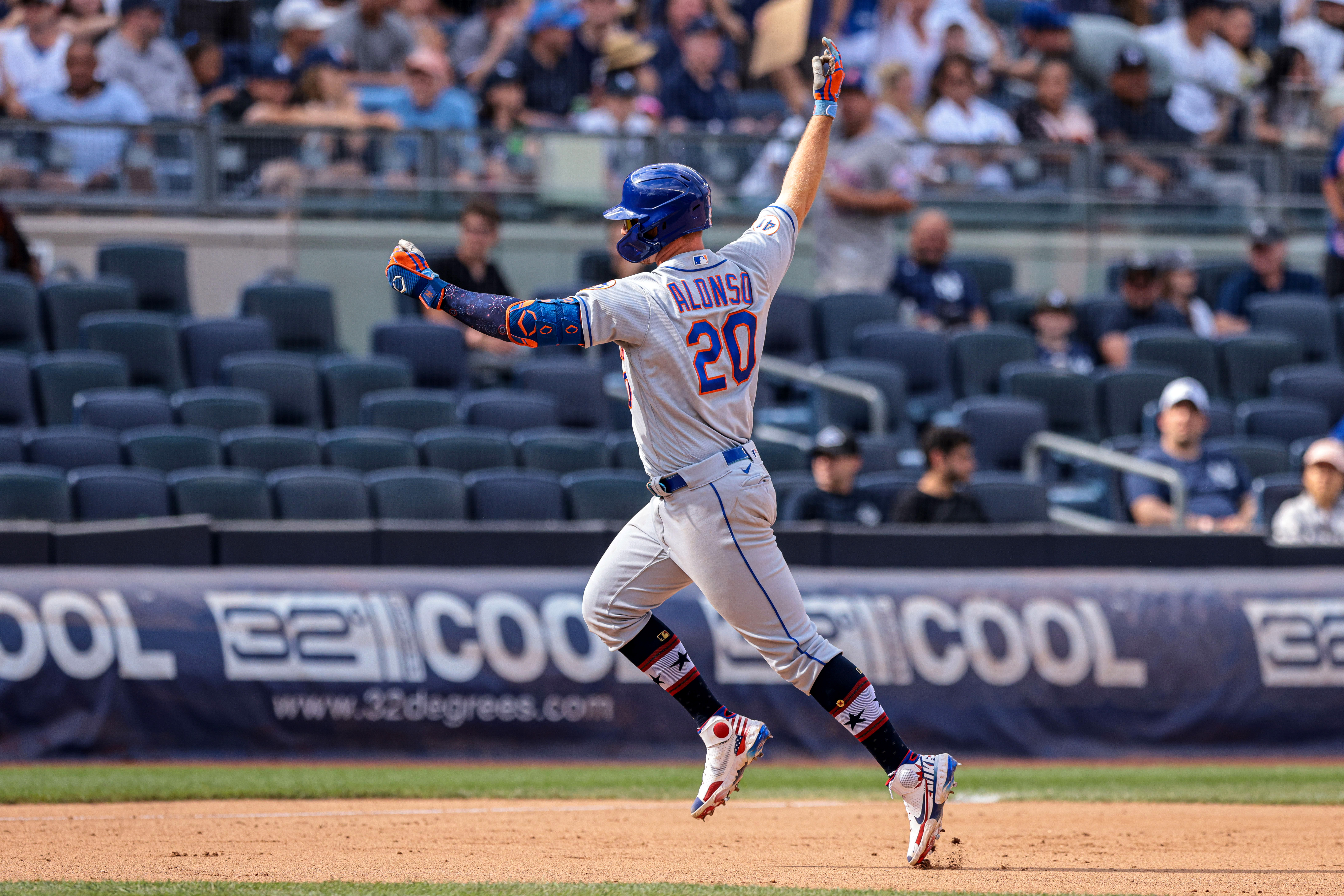 There were a lot of things that happened in Game One of today’s doubleheader that, in the post that I was writing before the 7th inning, were in the main portion of the piece. But now, they’ll be relegated to the hate list.

Which is fine, because there was nothing to hate about the result: A 10-5 Mets victory which seems on the surface like a Mets blowout, but considering that they entered the 7th down by a run with the Yankees’ struggling closer on the mound, it was a win that not only buoyed the Mets but deflated their rivals from the Bronx. For six innings, this game seemed to be one of those games where Terry Funk was going to pull the tights to help the Yankees to victory. But Pete Alonso’s solo dinger to lead off the 7th set the tone for their day against Aroldis Chapman, who couldn’t get any of his three hitters out and just has nothing right now. (Throwing anything but a high fastball to Alonso didn’t help.)

With the bases loaded and Lucas Luetge in the game for Chapman, Jose Peraza ripped what was ruled a two run double after a dopey Mets fan reached over the railing to turn what probably would have been a three run double into a two run double. Will never understand fans who willingly hurt their own team by doing something stupid. But he was ejected, and Brandon Nimmo saved his ass by ripping a single to right center which brought home two runs (including the run the fan cost them), and then Francisco Lindor’s grounder in the hole put the finishing touch on the victory. 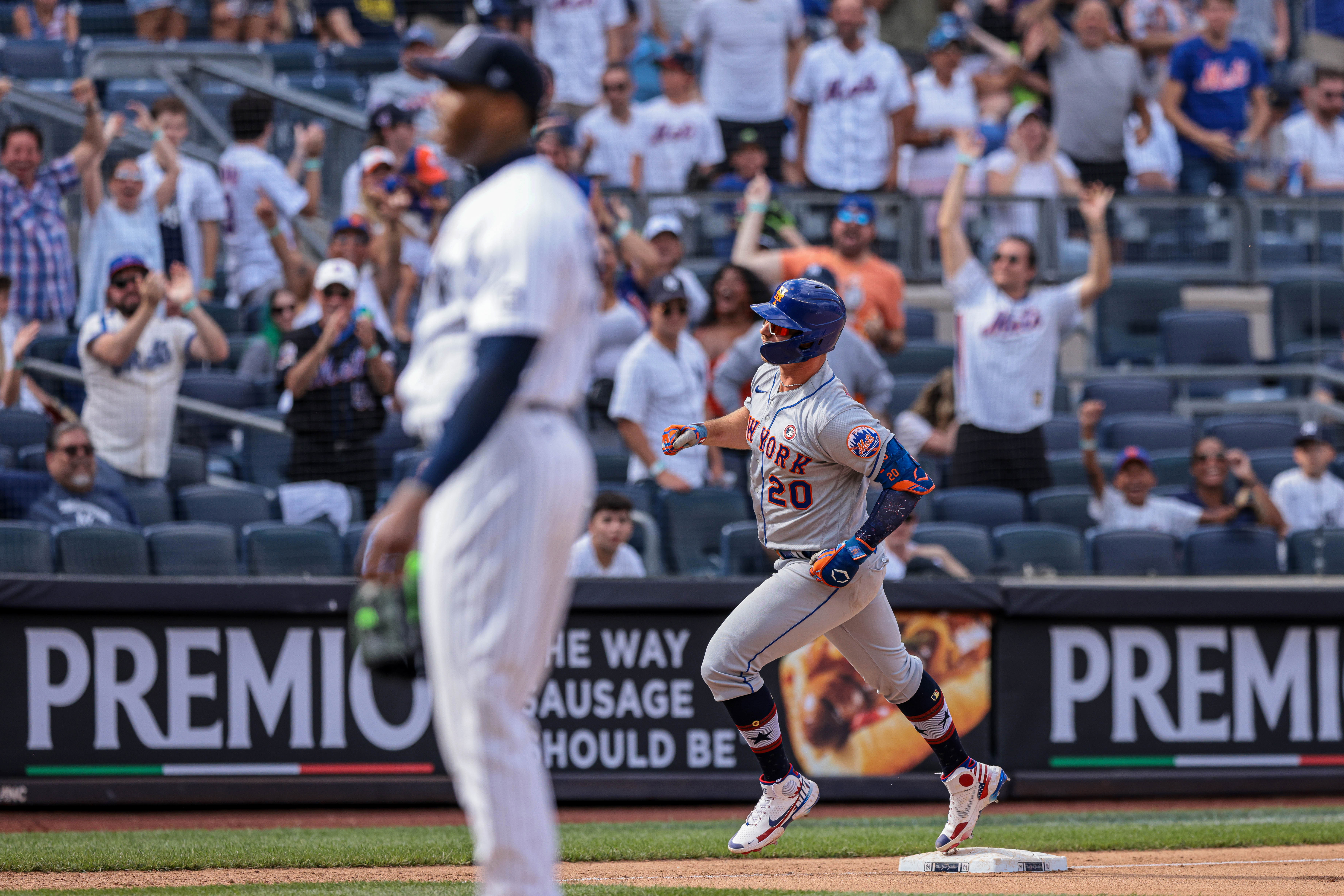 The dopey fan was just a part of the litany of things the Mets had to overcome today. Francisco Lindor’s error in the 2nd which cost them 3 runs. Joe West completely botching up video replay as Brandon Nimmo beat Luke Voit to the bag in the top of the 3rd. Brandon Nimmo’s terrible baserunning in the 4th when the Mets were rallying to tie the game, as he took a hard turn at second as Tomas Nido was stopping comfortably on third. Marcus Stroman wobbling through five innings, but more than that, Luis Rojas possibly sticking with him too long as Stroman really didn’t have it from jump, the error costing him three runs not withstanding. His wild pitch gave the Yankees a 5-4 lead in the 5th, but to his credit, he didn’t totally lose it after that and kept the Mets in the game. It sure as hell was a gamble by Rojas to keep him in, because you knew once the Mets got to Cole and both bullpens would be in the game that the Mets would have the advantage. And that certainly bore out in the 7th.

Game two will hopefully be the second verse, same as the first.