When Will Justin Fields Take Over as the Starting Quarterback of the Chicago Bears? 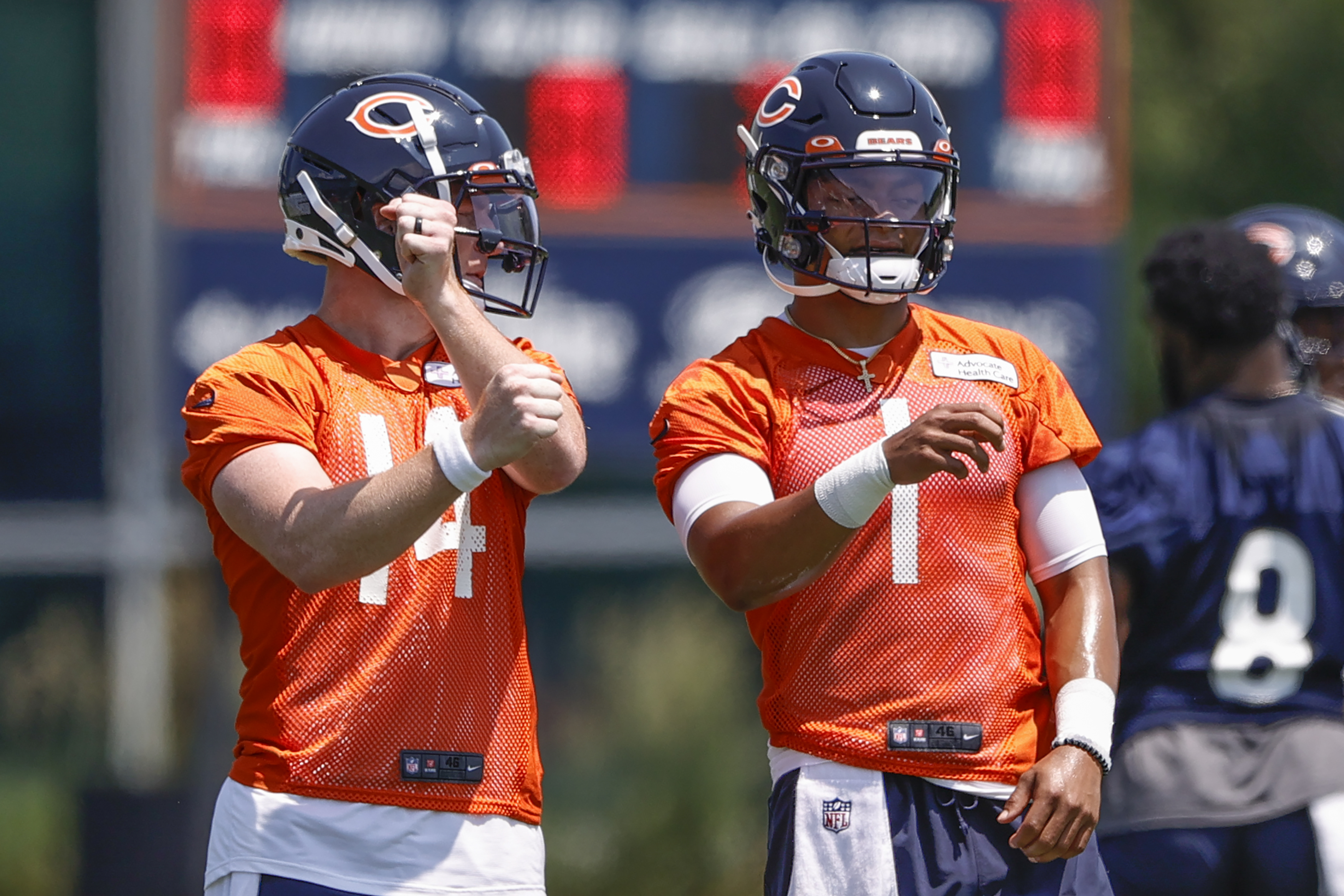 When Will Justin Fields Take Over as the Starting Quarterback of the Chicago Bears?

The Chicago Bears made a big move this spring when they selected former Ohio State quarterback Justin Fields in the first round of the NFL Draft. Fields is a dynamic athlete and had great success in college, but the question many oddsmakers are asking is when will Fields be ready to take over as the starting quarterback for the Bears?

To get information on odds, predictions and all things concerning sports wagering at the best sportsbook in Illinois, check out Bonus at Betrivers Illinois.

Here is a look at the expected battle for the Bears starting quarterback job. The competition will begin in training camp, but it may not end at all throughout the season depending on how the team performs once the 2021 NFL campaign gets under way.

The odds on favorite to start opening day remains free agent signee Andy Dalton. Dalton spent last year with the Cowboys after nine mostly successful seasons with the Cincinnati Bengals. During his tenure in Cincinnati, “The Red Rifle” earned Pro Bowl honors three times and led the Bengals to the playoffs four times. Unfortunately, his team never won any of those playoff games.

Last season, Dalton joined the Cowboys and took over as the starter when Dak Prescott was injured. He started nine games for the Cowboys, winning four of them and threw for 2,170 yards and 14 touchdowns while tossing eight interceptions. His quarterback rating was 87.3, right around his career mark of 87.5.

Dalton has a good arm and accuracy. He is also an experienced NFL starter, but he would not be considered one of the league’s top 15 starters and probably ranks closer to 20th among the 32 starting quarterbacks.

Fields has significantly more upside than Dalton, but he’s a long way away from realizing that at the NFL level. He has a strong arm, great mobility and can throw the ball accurately even on long passes. But Fields has only 1 ½ years of experience as a starting quarterback in college and needs to improve in several areas like reading defenses and maintaining his mechanics when he’s under pressure from opposing pass rushers.

His numbers in college are off the charts, with 41 touchdown passes and only three interceptions in 2019 at Ohio State. He earned serious Heisman consideration because of his strong play.

The 2020 schedule was shortened by the Covid-19 pandemic and Fields’ performance was uneven. He struggled in several games including matchups with Northwestern and Indiana. Fields played well in the College Football Playoffs which only serves to reinforce his ability to perform well under big-game pressure.

Barring injury, the likelihood is that Dalton starts the season as the Bears top quarterback. But if Fields has a good training camp and plays well in the preseason, Dalton will be on a short leash if he or the team falters.

The Bears figure to have a good defense again in 2021. They won’t need all-world quarterback play to get them to the playoffs if the defense remains one of the better units in the league. Chicago obviously expects Fields to be their quarterback of the future. The question is, when does that future begin.